House and lot For Sale in Ayala Alabang, Metro Manila

Renovated House and Lot For Sale in Ayala Alabang

A Sought-After Address in the South 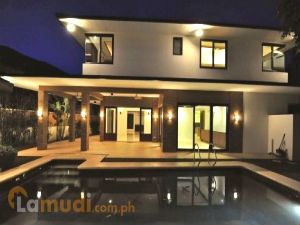 There is a certain prestige attached to having an Ayala Alabang address.

Known for its rows of elegant houses, Ayala Alabang is one of the most searched for real estate locations for modern and chic houses in Metro Manila. Its popularity, plus the laid-back ambience of southern living, makes it a top choice for buyers. Even after being 30 years old, the subdivision remains the most exclusive and coveted residential subdivision not only in the south but also in the entire capital primarily because of its prime location, first-rate facilities, and easy accessibility to major business districts such as Alabang, Makati, and Bonifacio Global City.

The third largest barangay in Muntinlupa City, Ayala Alabang is a little city on its own complete with retail and commercial centers, business parks, religious centers and churches, high-end schools within the village walls, and a lot more. The village is big enough to offer large cuts of houses perfect for families big and small. A house and lot for sale in Ayala Alabang may range from a “small” 300 square meters up to more than 900 square meters. Living here will not only give the comforts of a home, but also the grandeur associated with its posh gated community. If you are looking for a safe and exclusive neighborhood away from the hustle and bustle of urban living, yet close to central commercial areas, then an Ayala Alabang Village house for sale will be best for you. 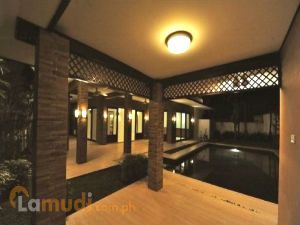 A popular neighborhood catering to the middle to upper class, Ayala Alabang is more than just a place to live in— it is also a nature sanctuary. Sixty species of resident and migratory birds thrive within the village, while its streets are lined with old trees. In fact, the village’s picturesque Acacia Avenue is its longest road, spanning more than four kilometers with both sides lined with full-grown acacia tress.

Developed by Ayala Land Inc., the 694-hectare subdivision offers more than the basic utilities. The village is continually enhancing its services by adding further necessities for its residents. They have direct satellite link (DSL) connections, fire trucks, an ambulance service, a community channel, 24/7 full security, and a public transportation system.

It is considered as one of the choicest villages not just in Muntinlupa, but also in the entire Metro Manila. Out of approximately 4,500 homes that the village can offer, an Ayala Alabang house and lot for sale only remains a handful. Many of which are quickly sold to buyers who wish to experience the laidback and relaxing lifestyle the village has to offer.