House and lot For Sale in Alabang, Metro Manila

House and lot for sale in Alabang - Ayala Alabang Village

4 Bedrooms in Alabang for sale - Hillsborough

House and Lot in front of Alabang Town Center

For Sale : Brand New House and Lot in Alabang Hills

One of the Most Laidback Locations in Metro Manila 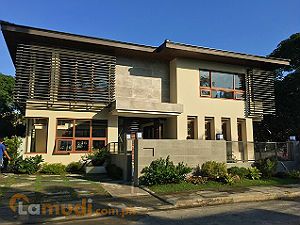 What makes houses for sale in Alabang appealing?

From a vast farming area and pastureland into a well-developed business district, the 8.064 square kilometer Alabang in Muntinlupa City is now a far cry from what it used to look like several decades ago.

Change started to unfold in the early 1990s, when the area was transformed into a mini-city that is often dubbed as the “Cubao of the South.” With the development of Filinvest Corporate City, Barangay Alabang, one of Muntinlupa’s nine local political units, became a bustling mixed-use district with residential, business, commercial, and industrial real estate. It helps that the area shares its border with the equally important, but not to be confused with Barangay Ayala Alabang (home to the Ayala Alabang Village, Alabang Town Center, and the Madrigal Business Park). Together, these two neighborhoods make the city one of the most sought-after addresses in Metro Manila, especially when it comes to an Alabang house for sale. 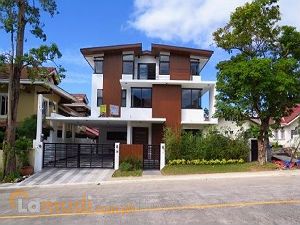 The area is also home to Muntinlupa’s largest shopping mall: Festival Mall. Built in 1998, it is the first themed mall in the country, setting the standard for shopping centers in the south. South Station, a multi-modal transportation hub with several dining and shopping establishments, has public transportation going as far as Quezon City through EDSA and to nearby provinces. Other major institutions located in Filinvest City are the Asian Hospital and Medical Center, Bellevue Manila Hotel, Crimson Hotel, and the Insular Life Corporate Center. Transportation within Filinvest City is free via e-jeepneys launched by the local government.

The area is also known for having a number of auto dealership centers, including the five-level Ford Motors, Toyota, Audi, Chevrolet, Chrysler, Mitsubishi, Nissan, and Suzuki, all of which are found along Alabang-Zapote Road. Other establishments in the area include Starmall Alabang of Starmalls, Inc., and the Food and Drug Administration (FDA) headquarters.

Also within the neighborhood is the Philippine National Railway’s  Alabang Station, and the city’s fire and police stations and hospital. In the works is Avida Land’s South Park District (SPD), a mixed-use estate situated along the National Highway on the former Nestle plant. SPD will feature high-rise condos, a high-end mall, and office towers when completed.

House and Lot for Sale in Alabang