Royale Homes Marketing
Royale Homes
Member Since 2016
Invest now in affordable House & Lot Packages, Prime Residential Estates, Premium Residential Condominiums, Golf & Leisure Estates, Commercial Estates & Beach Resort. Royale Homes Mktg. Corp. is the exclusive marketing arm of Sta. Lucia Land Inc. RHMC was established on September 8, 1994 by three lady entrepreneurs who had then envisioned the company to become the leading real estate marketing organization in the country. RHMC started out marketing real estate properties of Royale Homes Realty and Birdland Realty. Having shown its strength in real estate marketing, RHMC was then tapped by Sta. Lucia Realty and Development Inc. to exclusively market a number of its premiere residential and resort projects nationwide. It has also marketed the real estate projects of the joint venture partners of Sta. Lucia Realty. Barely four years from initial operations, RHMC had successfully marketed development projects in Metro Manila, the provinces of Bulacan, Cavite, Rizal, Batangas, Baguio, Pangasinan, Subic, and in the City of Davao. Soon, agents and business partners started to flock to RHMC, thus building its sales force and network by leaps and bounds. In spite of the increasing competition in the industry, RHMC continues to grow. From a one-room office in 1994, RHMC has now expanded to a one whole floor, a training and development center, and branches strategically located in different key cities in the country where its projects are present.

Michael Garcia
Property Hub PH
Member Since 2021
Where Your Dreams Come Home! Property For Sale PH aims to help Every Filipino Family in the realization of their dream of having their own properties that they can call Home!

Adam Domingo
Top Philippine Investments
Member Since 2021
Authorized seller of Alveo Land Corp., we are a team of real estate professionals that guide clients to make informed decisions on property investments. Our clients prize the value we give to information and that we recognize them as partners. Taft, Manila
Address: 2241 Taft Avenue, (adjacent to Brother Andrew Gonzales Hall of De La Salle University) Malate, Manila City, Philippines 28.19 sqm 1BR with balcony 39th floor Fully furnished CONDITIONS: 20k monthly (inclusive of monthly dues) Minimum 1 YEAR LEASE CONTRACT 1 month advance, 2 months deposit with 11 PDC (Post Dated Check) preferred WATER and ELECTRIC BILLS are to be paid by tenants. Maximum of 2 occupants AMENITIES and LOCATION Live right in the middle of an exciting and dynamic urban district. Set right beside the De La Salle University, Green Residences boasts of student-oriented and topnotch facilities and amenities such as a study hall, game room, a fitness center and function rooms located at the Sky Lounge and swimming pool on the 8th floor. Access to transport is so easy with the LRT stations just a stone's throw away from Green Residences and public transportation available along Taft Ave. Green Residences features a 25m lap and wading pool on the 8th floor. Residents can have an energizing swim before heading to school or work, or take a revitalizing dip after a busy day. A supermarket, restaurants and cafes are also included to answer the basic needs of its residents. The Sky Lounge area features a study hall with Wi-Fi hotspots, function rooms, a game room, and a gym & fitness center. With top-notch facilities and luxurious amenities, Green Residences definitely takes your urban living experience to a higher level. Residents will not only enjoy a complete and convenient cosmopolitan life, they will also take pride in dwelling in Taft Avenue's iconic tower. Swimming pool and fitness gym can only be used by long term tenants or residents. Function rooms and clubhouse are subject to applicable rates. FEATURES: 12 Elevators Automatic Fire Detection and Alarm System Standby Generator Set for Common Areas & Select Unit Outlets Sewerage Treatment Plant Mailroom Garbage Disposal Area on Every Floor Commercial Area at the Ground Floor Other things to note Passports and IDs are required prior to check in. Please send them to us in advance.
₱ 20,000
1
Bedroom
1
Bath
28 m²
Floor area
View Info
Contact Agent

Done for You! by Kondo Ko Property Mgmt.
MEMBER SINCE 2020
5

For Rent: Prime Taft Studio with aircon in Taft , Manila

1 Bedroom for Rent in Green Residences near DLSU Taft Manila

Studio for Rent in Green Residences

Taft, Manila
Long Term Lease for at minimum of one year. Studio Unit. 35sqm. Bare unit. WH Taft Residences has access to round the clock security, CCTV Cameras, as well as the best safety and emergency equipment. Get to have a spacious location to conduct your group study sessions. Feeling stressed out? Our game room providers you an avenue to relax and keep your mind off of things. From studio rooms to study and game rooms, WH Taft Residences has rooms conducive for play, study, and work activities. The amenities are suited to compliment your student life. It’s proximity being right beside De La Salle, St Benilde, UP Manila, St. Scholastica's College, Philippine Christian College and Philippine Normal College makes it a highly preferred address among parents.
₱ 20,000
1
Bedroom
1
Bath
35 m²
Floor area
View Info
Contact Agent

Studio with aircon and shower heater for rent in Vista Taft

Green residences studio for rent with Parking at Malate, Manila

Beauty and Elegance In History And Architectural Landscape 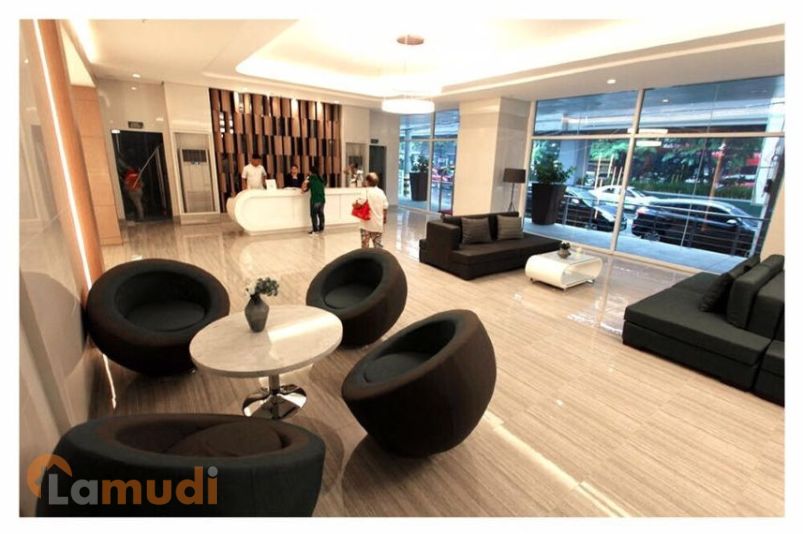 Originally called Calle Rizal, the construction of this famed avenue was completed in 1899. Its northern terminus then was at Padre Burgos Street while the southern terminus was Pedro Gil, which was formerly known as Calle Herran. Calle Rizal was extended in 1911 and was renamed Manila Road. It was in 1915 when it was first renamed Taft Avenue. Since then it was renamed several times until officials back then finally decided to stick with the name Taft Avenue.

Taft Avenue’s history has as much beauty and elegance as the buildings and institutions that dot it now as they did back then. Some websites and Facebook pages even go on a nostalgic overdrive by posting old photos of what Taft Avenue looked like back then. If you take a retro trip down Taft’s memory lane decades ago, you could see how much the landscape has changed since then.

Architectural masterpieces such as the modern art deco Manila Metropolitan Theater, the Manila City Hall building, Plaza Lawton, Cathedral of the Holy Child, the World Health Organization building, the Manila Jai Alai, Philippine General Hospital, De La Salle University, Philippine Women’s College (now University), the Tomas Mapua Mansion, and Cartimar Market are just some of the oldest structures that were built facing Taft Avenue. They were witnesses to the evolution of Taft Avenue’s landscapes and how the current skyscrapers that dot one of Manila’s busiest thoroughfares have changed the dynamics of today’s Taft Avenue.

A Microcosm of the Country’s Quest For Progress 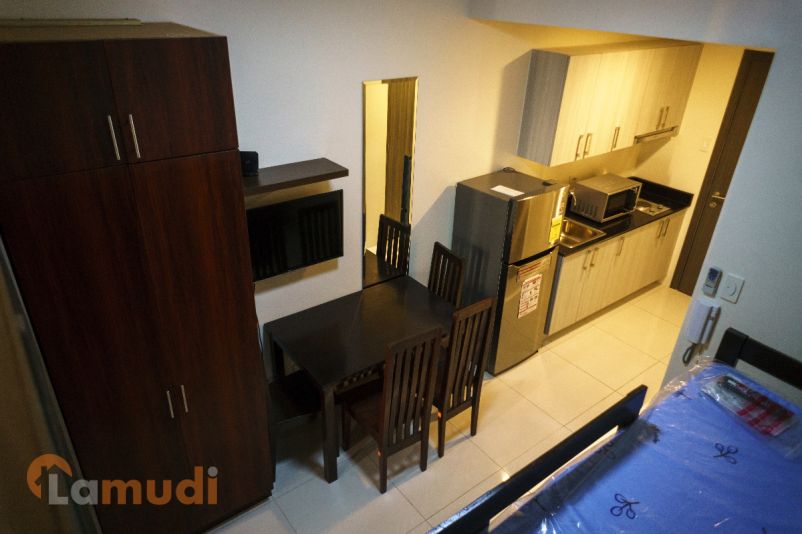 From horse drawn carriages to bicycles and jeepneys and buses all the way to an elevated rail system, millions of people (probably even a billion) have traversed and set foot on one of the country’s famous thoroughfares. For some historians, Taft Avenue has a longer and more exciting history than EDSA, which has become quite famous for the People Power Revolution of 1986. It bridges not just the cities of Manila, Pasay, and Paranaque, but the country’s relationship with the United States. Taft Avenue was named after US President William Howard Taft, who also served as America’s former governor-general of the Philippines when the country was under US rule in the early 1900s.

Today, some people see Taft Avenue as a microcosm of the country’s quest for progress and development. The changes in its architectural landscape say much about how the Philippines has evolved over the course of its history. There are dozens of banks, restaurants, hotels, government offices, hospital facilities, churches, schools, residential condominiums, offices, and just about every imaginable establishment you could think of that line Taft Avenue today. While Manila’s thoroughfare is just as chaotic as EDSA during the rush hour, some find beauty in that chaos. A conundrum, perhaps, of a dynamic interplay that involves the country’s past, present, and future.

Find Other Properties in Taft