Condominium For Rent near UST, 15k per month, furnished, many transportation

For rent condo Near De lassalle

Affordable Studio Unit in The Residents Condominium for Rent

For Rent: 4 Bedroom at Noble Place Binondo Manila (with parking)

1 bedroom For Rent at Manila, Metro Manila in One Adriatico Place

Studio For Rent at Manila, Metro Manila in 8 Adriatico 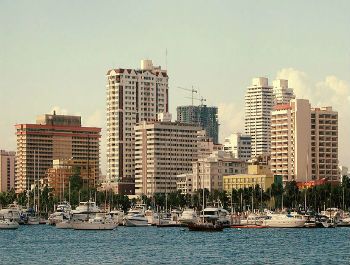 Considered as one of the most historically preserved districts in the National Capital Region (NCR), the city of Manila is an interesting place full of culture, entertainment, and a stimulating way of life, all in a modern-traditional setting. Located in the western part of Metro Manila, it has a land area of 14.88 square meters and a population of 1,652,171. As the capital of the country, the seat of the executive and legislative branches of the government is located here, thus making it the political heart of the Philippines.

During the country’s period of colonization, the city was already the center of activity, especially during the Spanish occupation. It was one end of the Manila-Acapulco trade route that linked Europe to the Latin Americas and Asia. It was eventually given the nickname “Pearl of the Orient” because of its vital location in the Pacific maritime trade route.

The city has witnessed both triumphs and downfalls throughout the years. At one point, particularly during World War II, the city experienced utter ruination, and became the second most devastated city in the world, only after Warsaw. However, as soon as the war ended, rehabilitation and reconstruction took place making the city what it is today - one of the most progressive districts in the Philippines.

Today, Manila has become both a tourist destination and a thriving district full of social and economic activities. Local and foreign tourists flock to the city every year to marvel at its historical streets and iconic landmarks, including: 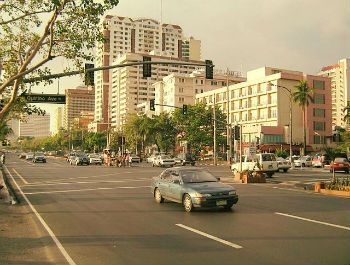 Over 1 million tourists come to city each year making business a lucrative endeavor.

The city is also situated next to Manila Bay, and has the privilege of being the largest seaport in the country. It is the “premier international shipping gateway” of the Philippines.

Its economy is characterized by trade and production, especially in textiles and chemicals with the top three petroleum companies headquartered in the city:

The number of people residing in the city has also been increasing because of its strategic location and easy access to many commercial establishments and institutions. Residential properties such as condominiums and apartments are on the rise.

The city is home to countless universities and colleges, such as the University of the Philippines – Manila (UP Manila), Far Eastern University (FEU), De La Salle University (DLSU), and many more making it a fitting place for students and families. These educational institutions are situated in the famous “University Belt” – an avenue lined with reputable schools, colleges and universities.

Investors are not the only ones looking into the city to rent industrial and commercial properties. Being close to numerous offices, schools, and entertainment and lifestyle areas, Manila is an ideal place for students, professionals, families and foreign expatriates.