Dexter Ong
Keller Williams Manila Bay
Member Since 2021
The No. 1 Real Estate Agency in the world. We are Keller Williams Manila Bay The KWManilaBay consists of an accomplished team of experienced professionals in key positions. The company is committed to providing the finest full-service real estate brokerage by employing the most professional, well-trained and ethical real estate practitioners in the nation. Our mission is to offer our company’s service to a broader field of prospective clients looking to purchase or sell real estate.

For Rent Unfurnished 1 Bedroom in Malate near Korean Town Manila

Fully Furnished 81sqm One Bedroom for Rent at Malate Manila

Malate, Manila
This is an 81sqm one bedroom for rent at Echelon Tower, Malate, Manila. Unit is easy to maintain and furnished with branded appliances for your convenience. Layout is ideal and room is big enough to fit a maid's room. 1 year contract minimum 1 month advance 2 months deposit Association dues exclusive If this does not fit your requirement, kindly send us a message. We might have something for you.
₱ 29,160
1
Bedroom
2
Baths
81 m²
Floor area
View Info
Contact Agent

2 Bedrooms Unit For Rent at Burgundy Westbay in Malate, Manila

Malate, Manila
Condominium property for rent in Malate, Manila, Metro Manila THE GRAND TOWERS For Rent Fully-Furnished Studio 22sqm Rate: 15,000 a month inclusive of dues Good for 1-2 persons only 2mos deposit 1mo advance The Grand Towers is a two tower condo in a 4,000+ sqm land along Pablo Ocampo Sr St formerly Vito Cruz. 3bldg from Taft Ave right across Rizal MemorialStadium. 5-10mins walk to DeLaSalle University, St Benilde, St Scholastica College and Arellano University 5-10mins walk to LRT1-Vito Cruz Station Short walk to restaurants, Coffee Shops, Supermarket and Mall Accessible to various types of transportation. You can get a taxi or UV-Express in front of the condo or walk 5mins to Taft Ave to get a bus or Jipney or even go to LRT station.  Commercial / Retail stores are found on the gound floor separate from the residential floor lobby. Stay Safe. Kindly contact me to schedule an appointment to see the actual unit. Mitch
₱ 15,000
1
Bedroom
1
Bath
22 m²
Floor area
View Info
Contact Agent

40sqm 1 bedroom Condominium unit with balcony for rent in Manila

1bedroom, 1 bathrooms Condominium and Balcony for rent in Manila

1 bedroom Condominium with balcony unit for rent in Malate, Manila 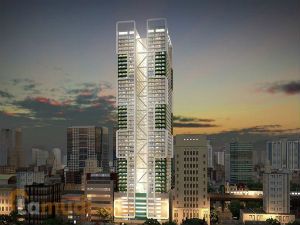 Situated at the southernmost portion of the City of Manila, the Malate District (together with the neighboring Ermita) can be considered as the Philippine capital’s center for commerce, education, and tourism. It is home to the headquarters of the Bangko Sentral ng Pilipinas, Rizal Memorial Sports Complex, the Manila Zoological and Botanical Garden, and Harrison Plaza, Manila’s first enclosed shopping mall.

Long been a gastronomical and cultural hub, the district is home to Adriatico Street, Remedios Circle, and the Rajah Sulayman Plaza, which is a well-known area for fine-dining restaurants, well-loved joints serving Filipino fares, and lots of bars.

The area is also a popular place for foreign tourists and backpackers, where one can find affordable apartelles, mid-range hostels, and upscale hotels, like Jin Hotel Manila, Century Park, and Armada Hotel.

Lastly, any reference to Malate will not be complete without mentioning some of the district’s and the country’s best schools, like De La Salle University, De La Salle–College of Saint Benilde, Philippine Women’s University, and Saint Scholastica’s College, among many others.

Come leisure time, the district offers one of Manila’s best museums, the Metropolitan Museum of Manila, which is managed by the Bangko Sentral ng Pilipinas.

Condo for Rent: Malate is for Students and the Bohemian Crowd

Being a heavily built-up area, low-rise apartments, townhouses, and standalone houses are hard to come by in the district. However, what it lacks in horizontal development, it more than makes up for in condos for rent. In Malate, these properties are available from midrange to upscale.

One of the district’s most high-profile condo projects in the recent years is Anchor Land’s Admiral Baysuites. Standing on the former site of the Admiral Hotel along Roxas Boulevard, this very high-end property boasts of some of the largest condos in Manila with units that offer views of the Manila Bay sunset. A Malate condo for rent in this development starts from PHP 33,000 per month. Other high-rise developments include the Ocean Tower Condominium and Stanford Tower Condominium.

Over at Taft Avenue are many student-focused condo projects, including some by the country’s largest real estate developers. These include Green Residences by SMDC, Victoria de Manila by New San Jose Builders, D’University Place, and Torre Lorenzo. These developments offer affordable condos for rent in Malate, ranging in price from PHP 12,000 to PHP 27,000.

Find Other Properties in Malate