House and lot For Rent in Manila, Metro Manila

For Rent Semi-Furnished Townhouse with great location in Sampaloc, Manila

House for Rent near Circuit Makati

townhouse/commercial building for rent in the heart of manila

For lease: Sta Mesa 4 Bedrooms Townhouse in Manila near Uerm

Townhouse in Wackwack for Lease

Raffy Siapco Jr.
MEMBER SINCE 2017
Related Searches
Manila House And Lot Rent To Own
Lease To Own House For Sale In Iligan

Living Well in the Capital City

Manila is well known for being the country’s capital, but there is more to the city than just being the main seat of the Philippine government.

The National Capital Region is a vibrant, thriving center of culture that offers a wealth of experiences and opportunities. Manila offers the best of both worlds. It is an interesting mix of history (as represented by Intramuros) and the future (as represented by modern-day skyscrapers in central business districts).

It has absolutely everything for anyone, which is why you’ll get the best experience in the city when you live in a house and lot for rent in Manila. It is deeply rooted in culture and history with destinations like the National Museum of the Philippines in Ermita, and religious sites like the Minor Basilica of the Black Nazarene, more popularly known as Quiapo Church. Shopaholics will be delighted to go on shopping sprees in places like Robinsons Place Manila, the famous Chinatown in Binondo, and Divisoria, which is especially popular among bargain hunters.

House for Rent: Manila Is the Paris of Asia 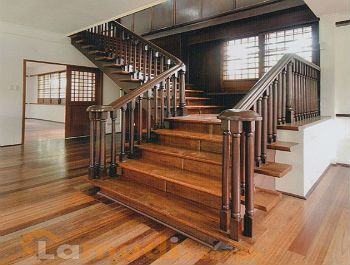 While many would recommend a condominium when living in such an urban locale, a house and lot for rent in Manila is the better option for home seekers with larger space requirements. While the city is one of the most populated areas in the region and the country overall, it still offers a good number of available homes. A “rent-to-own” house in Manila is also a possibility.

The city may be more known as a tourist and value shopping destination, but there are many areas where one can find a house and lot for rent in Manila. It has 16 administrative districts, each with its own charm. The neighborhoods are incomparable to other urbanized places like Makati, Quezon City, and Taguig. San Andres, Sampaloc, Santa Ana, and Paco are the main residential areas. If one wants to live near the famous Rizal Park and Roxas Boulevard, then Ermita is the place to be.

A house and lot for rent in Manila offers residents the flexibility to travel all over the metro through various modes of transportation such as the LRT and MRT lines. Renting out a place can be a more affordable alternative than buying property, especially when one does not have the budget yet.

For families, it is especially practical to live in a house and lot for rent in Manila near top schools, such as the De La Salle University in Taft Avenue and St. Scholastica’s College in Malate. Expect houses in the city to have rental fees ranging from PHP 28,000 per month for a four-bedroom, three-bathroom residence in Santa Mesa to PHP 150,000 per month for a three-bedroom three-bathroom house in Paco.

Like most highly urbanized cities, it also has a reliable healthcare system, making it the perfect location for retirees. Renowned hospitals in the area include Philippine General Hospital and the Ospital ng Maynila Medical Center.