House and lot For Sale in Manila, Metro Manila

3 Bedrooms Townhouse in Manila Near U-Belt for sale

Malate, Manila
* Sale shall be on "as is where is" basis.* All offers are subject to Management approval.* Availability of units and prices are subject to change without prior notice.* Misprints should not be construed as misrepresentation of the property.* Lease offers welcome for all condominium units listed except those under ""With Authority to Sell"". Please call for price.   For concerns, please visit your branch of account, call the Customer Contact Center or the BSP Financial Consumer Protection Department at (02) 708-7087. To learn more about our Consumer Assistance Management System, please visit www.bdo.com.ph/consumer-assistance. House & Lots
₱ 2,798,100
31 m²
Floor area
View Info
Contact Agent

Sampaloc, Manila
*UnionBank may, at any time, withdraw any of the properties listed above prior to the auction. *Availability of units and prices are subject to change without prior notice. *Payment of Creditable Withholding Tax (CWT) is for the Buyer's account. *Bids should be submitted together with the Php 20,000 Show Money (Manager's Check) no later than January 28, 2020.  *All winning bidders will be subject to credit checking. *Misprints should not be construed as misrepresentation of the property.
₱ 13,500,000
420 m²
Floor area
75 m²
Land Size
View Info
Contact Agent

Santa Mesa, Manila
*UnionBank may, at any time, withdraw any of the properties listed above prior to the auction. *Availability of units and prices are subject to change without prior notice. *Payment of Creditable Withholding Tax (CWT) is for the Buyer's account. *Bids should be submitted together with the Php 20,000 Show Money (Manager's Check) no later than January 28, 2020.  *All winning bidders will be subject to credit checking. *Misprints should not be construed as misrepresentation of the property.
₱ 8,583,000
153 m²
Floor area
60 m²
Land Size
View Info
Contact Agent

House and Lot For Sale in Sampaloc, Manila Good Location

4 Bedroom, 4 Toilet and Bath Townhouse in Paco, Manila For Sale

Pandacan, Manila
Code : DS883144 Category : For Sale Project : House and Lot City : Pandacan, Manila Unit : Four Bedroom 4BR Size : LA : 100 sqm FA : 300 sqm Parking : 1 Car Garage Selling Price :  Php 15,000,000.00 Gross Details of the Property: •  Clean title •  Semi-furnished •  Facing north east •  Located in the prime highway of Pandacan Manila •  Located in a highly commercialized area •  Office and commercial space in the frontage This Property is situated in the most prime location of Pandacan, Manila, It is very accessible to transport hubs, malls, restaurants, banks, churches, and other commercial establishments. Investing in this property can generate great benefits. It’s a perfect spot for building a business as commercial properties generally show a greater level of income for a given property value, it’s also an excellent investment opportunity and potential business venture. Why Buying a Property in the Metro Manila 1. It Is a Rapidly Developing Urban Hub It has its own central business district, shopping malls for both high end and mid-market, international schools, top-notch hospitals, and its own convenient access to the rest of southern Luzon. 2. It Is Near the Manila Airport living in the south will cost less time to get to the airport than when traveling from the north. Since terminals of the Ninoy Aquino International Airports are just a short drive away from Muntinlupa, Parañaque, and Las Piñas 3. The Area Is Mostly Flood-free Based on the findings of the Department of Environment and Natural Resources’ Mines and Geosciences Bureau, most of the flood-free to least flooded cities can be found in the south of Metro Manila. This can be attributed to the cities’ land slopes, effective drainage cleaning and maintenance, garbage and waste management, mandatory use of eco-friendly materials, implementation of carbon footprint deduction ways, and the area’s lush greeneries that help reduce risk of flooding. If you’re interested in BUYING this property or wish to SELL a property, don't hesitate to contact us: Bien Singson Licensed Real Estate Broker PRC#0005179
₱ 15,000,000
4
Bedrooms
300 m²
Floor area
100 m²
Land Size
View Info
Contact Agent

Brand New Townhouse in Manila (Near Circuit Makati) For Sale

A City of Utmost Culture and Modernity 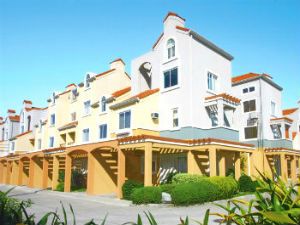 The city of Manila has long been in existence even prior to the arrival of the different Philippine colonizers. Early evidence has been indicative of Negritos being the first to occupy what would become the capital city of the country. Malayo-Polynesians would eventually migrate to the area and assimilate with the Negritos, paving the way for those who would be the future occupants upon the arrival of the Spaniards. The city has quite an extensive history.

The city has always been a central area even during the colonial era. It has been and is still the setting of numerous cultural and historical events in the country. It continues to be the main seat of the Philippine government today. The Malacañang Palace, the official residence of the President, is located here along Jose P. Laurel Sr. While deeply rooted in history and culture, the capital city is also one of the most highly urbanized areas in the Southeast Asian Region.

Manila serves as a major center for banking and finance, retail and commercial activity, real estate, shipping, tourism, healthcare, education, and several other industries in the Philippines. The city is the location of several key economic landmarks. This includes the Port of Manila, the largest in the Philippines, and Binondo, the oldest and largest Chinatown in the world.

House and Lot for Sale in Manila

As the city most synonymous with the Philippines both from a historic and economic standpoint, Manila remains as one of the most desired residential locations, despite being one of the most densely populated cities in the country. 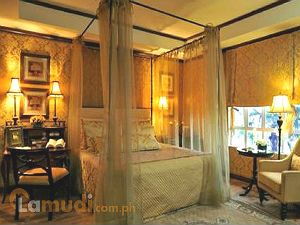 While the cost of real estate is comparatively higher in the city than those outside the Metro, the chances for a good return on investment is just as high when one opts for a house and lot for sale in Manila. Manileños have easier access to everything the city has to offer. They are also just a quick drive away from the bordering cities of Quezon, San Juan, Mandaluyong, Makati, and Pasay.

For landlords, investing in a house and lot for sale in Manila City will always be lucrative because there will always be a ready pool of potential tenants. One high-end townhouse complex you can purchase that is located in Paco, Manila. This townhouse complex has five units with four bedrooms each and is sold for PhP 38,700,000. For families, there are many top universities located here, which makes living in the city ideal and convenient. De La Salle University-Manila is found in Taft, Colegio de San Juan de Letrán is located in Intramuros, and the University of Santo Tomas is in Sampaloc. The oldest university in the country, the University of the Philippines Manila, can also be found here, specifically in Ermita.

With the continuous progression of the city, homes purchased in the present will appreciate in value in the future. When it comes to a house and lot for sale, Manila is definitely one of the top locations in the Philippines. From Tondo to Pandacan, there is definitely something for everyone.