3BR Condo Unit for Sale at The Silk Residences

Studio or combine unit in Noble Place for sale

For Sale Condo In Malate With Parking

Rent to Own RFO Studio Condominium near UST – UT4

Condominium For Sale near UST Studio One Bedroom Unit 26.10 sqm

Ramon Magsaysay Blvd., cor. Santol Street Santa Mesa, Manila
WHY rent if you can own condo. WHY WAIT for month or even years to occupy the unit? 2 bedrooms available at the 39th floor of the Silk Residences. Enjoy the vie...
₱ 9,515,000
2
Bedrooms
2
Baths
73 m²
Floor area
View More Info Contact Agent
15

The City of Manila Is the Pearl of the Orient 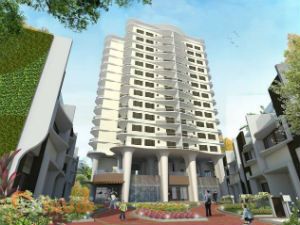 When one talks about the city of Manila, the first thing that comes to mind is the busy and noisy metropolis that sits on the edge of Manila Bay. It is on the shores of the bay, which is world-famous for its picturesque sunset, and the Pasig River where the capital of the Philippines traces its origins, dating back to a time when the area was a swamp and Islam was the most dominant religion in an island that was subdivided among clan-ruled mini-states. When the Spaniards came, they took control of the native settlement that was named after the nilad, a type of water lily that was prevalent on the Pasig River during the time, and built on it the new capital of their latest territorial possession.

The city is divided into 16 districts, namely Intramuros, which is located on the old walled city that the Spaniards built on top of the former native settlement; Binondo, the oldest Chinatown in the world); Tondo; San Nicolas; Santa Cruz; Quiapo; Sampaloc; Santa Mesa; Santa Ana; Paco; Pandacan; San Andres Bukid; Malate; Ermita; and the Port Area, which was centered on the harbor that was built on reclaimed land from the Manila Bay to the west of Intramuros. Each district has a unique feature that can separate it from the rest, as if it is its own separate municipality. This makes Manila a very interesting place to visit, especially by tourists from all over the world who want to see for themselves most of what the Philippines can offer in one place.

Being the political and economic nerve center of the Philippines, the city of Manila hosts the country’s premier real estate market. This is because almost everybody is after properties in the city and its environs from people looking for a home to businesses searching for the most appropriate space to set up shop. Property development companies always prioritize Manila, along other cities of Metro Manila and the Greater Manila Area itself, whenever they come up with new projects or effective sales and marketing campaigns.

Medium-rise and high-rise vertical developments such as condominiums are the most common properties in Manila. Like most cities in the capital region, there is a scarcity of land in Manila that limits the horizontal developments being built by real estate companies. However, this land shortage is more evident in the city because it is the oldest built-up area in the metropolis. Many larger open spaces are dedicated for use as parks, sports complexes, and cemeteries or are owned by educational institutions.

Condos  are the most sought after properties by investors looking to reside in Manila. In spite land availability limitations in the city, real estate companies are still able to make the most out of the condominiums that they build by offering units with the best possible deliverables and features, and projects with the best possible amenities. Potential real estate investors are aware of the benefits of having a property at the heart of capital, especially the great investment potential and appreciation of market 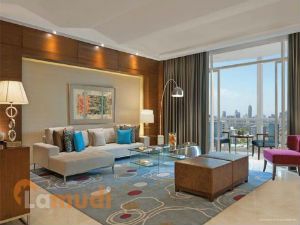 Condo for Sale: Manila Is a Smart Investment Decision

The consistent development and building of condos in Manila enable potential real estate investors who are looking for properties to buy to have a multitude of options available. For instance, this condo for sale in Manila, a 106 square meter two-bedroom unit at Mayfair Tower 2 along United Nations Avenue in Ermita, gives a potential investor a great view of the Manila Bay sunset, and is priced at at affordable PHP 12.5 million. Another Manila condo for sale is a PHP 5 million, 54 square meter, one bedroom unit located at the Low Zone of the Noble Place in Binondo. This property gives its future owner a first-hand taste of what life is like in the oldest Chinatown in the world. If one wants to enjoy the relatively peaceful and more preserved district of Santa Ana with easy access to Makati and Downtown Manila, there is an available condo for sale. The 21 square meter studio-type unit at River Green Residences along Pedro Gil Street can be purchased for only PHP 1.552 million.