Wack-Wack Greenhills, Mandaluyong
Do you need a private area to work and be more efficient? Visit us now, it’s very easy!Succeeding in the business world implies spending a lot of hours, use you...
₱ 17,080
70 m²
Floor Area
View More Info
Contact Agent

1 bedroom for Rent at Light Residences near EDSA Pioneer Mandaluyong

Wack-Wack Greenhills, Mandaluyong
Gain productivity and reduce your costs now, working at Regus! Visit us now, it is very easy!You will enjoy access to a private office for 3 or 4 people, during...
₱ 47,120
100 m²
Floor Area
View More Info
Contact Agent

Rent Your Office Space For 5-6 People In Manila, Polar Center

Hulo, Mandaluyong
This 1 bedroom unit with the Pasig River and Rockwell/Makati view from the balcony is a perfect home away from home. With First class amenities, service and des...
₱ 28,000
1
Bedroom
1
Bath
30 m²
Floor area
View More Info
Contact Agent

2 Bedroom Condominium with parking for rent at Tivoli Garden Residences

Located exactly in the heart of the capital is small, yet financially thriving city. Mandaluyong encompasses a total land area of 8.21 square miles, and a total population of 328,699. It is one of the sixteen (16) districts that comprise the National Capital Region (NCR).

Back in the 1300s, the city used to be a mere part of the Kingdom of Sapa of the Great Majapahit Empire. After numerous occupations by the Spanish, American, and Japanese, it only achieved city status in 1994, when it was separated from the neighboring city of San Juan.

Mandaluyong shares the second largest business district in the country with Pasig. The Ortigas Central Business District (CBD) is home to local companies, international corporations, and financial banks, such as: 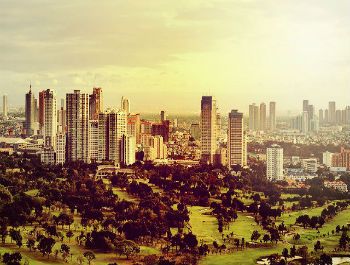 This is why property developers are continuously constructing residential properties and renting out commercial spaces.

Despite its busy environment, the city still retains a peaceful atmosphere. Its safe and calm neighborhoods and close proximity to shopping malls, restaurants, and schools makes the city a place for families. Its many offices, convention centers, and even an internationally renowned golf course make it a haven for businesspeople. Its strategic location also makes the district highly accessible via major thoroughfares and two metro rail stations.