1BR Acqua Private Residences for lease in Mandaluyong for 25,000

Sales And leasing manila
MEMBER SINCE 2015
8

Sales And leasing manila
MEMBER SINCE 2015
3

Acqua Private Residences, 1550 Coronado Street Hulo, Mandaluyong
AVAILABILITY: Please refer to my website for the updated availability. Other properties in the same and other residences might not be advertised yet so please don't hesitate to inquire. *** RATES: Advertised rates are based on a 1 year lease while lesser lease periods will be approximately P2-5k/mo higher. Rate will also vary depending on request/s. *** INCLUSIONS: Advertised rates includes only association dues.  *** PARKING can be included for only P5k/mo subject to availability - if not yet included according to the advertisement details. *** MIN. STAY: Minimum lease period is 6 months for selected units.  *** RUSH MOVE IN: I will need about 3-10 business days from reservation fee payment date to process a move in. This involves negotiation, documentation, getting the property ready (cleaning, paying bills, etc.), etc. and it will depend on how fast both tenant and landlord can comply with the requirements. *** EARLY INQUIRY: If your move in date is more than 1.5 months from right now, please get back to me about 1 month prior to your move in date for a more accurate inventory.  *** VIEWINGS: I can only do viewings within business hours Monday-Friday 9am-6pm. *** PAYMENT TERMS: Minimum 2 months deposit. Minimum 2months advance consumable on first and last month if no post-dated cheques. 1month advance if with 11 post-dated cheques. *** DIRECT TENANTS only please. *** OWNERS are welcome to get in touch, I've been pre-selling, re-selling, renting properties since 2012 so I'll be happy to help you :) *** DISCLAIMER: I take due measures to ensure that all information provided are as reliable as possible but will not be responsible for any wrong or inaccurate information that has been featured herein. I do not make any representation, endorsement, warranty or guarantee the completeness or accuracy of the information and materials provided. I shall be indemnified and will not be held liable for any direct, indirect, special or consequential loss or damage that may arise out of or in any way connected with any error, omission, the use of or reliance on information or with the inability to use the same, whether resulting in whole or in part, from breach of contract, tortious behaviour, negligence, strict liability or otherwise. All statements and illustrations are subject to change without prior notice as may be required by the developer / vendor and / or relevant authorities. For avoidance of doubt, please refer to the contract for the actual specifications and description.
₱ 20,000
1
Bedroom
1
Bath
30 m²
Floor area
View More Info
Contact Agent

Acqua Private Residences- Niagara Tower, Coronado St. Hulo, Mandaluyong
The Unit is fully-furnished with all the modern-living amenities and all you need is a suitcase and you are all set.Located just right across Rockwell Power Plant Mall and a few minutes away from the Makati Business District.The unit has floor to ceiling windows with glass balcony that opens into a stunning view of the Makati Skyline and an amazing river and sunset view.Equipped with internet connection and wi-fi router as well.
₱ 25,000
1
Bedroom
1
Bath
30 m²
Floor area
View More Info
Contact Agent

By the River They Rise 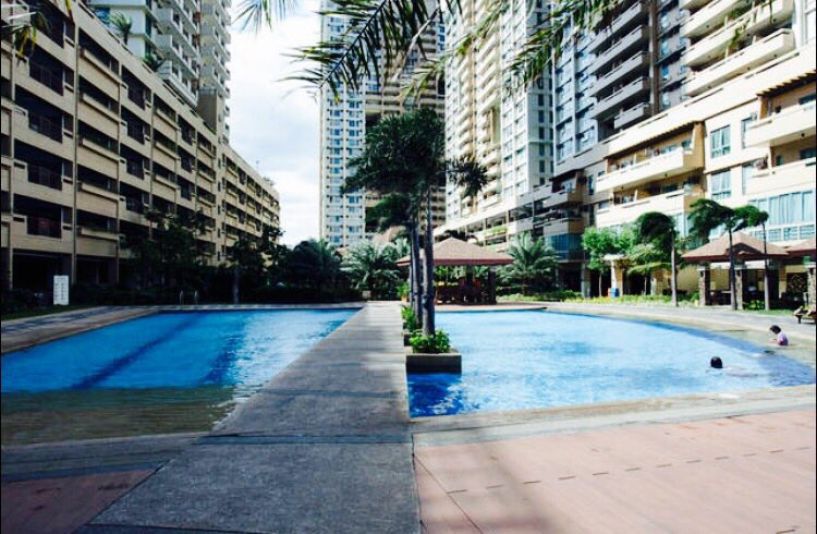 Condominiums for rent in Barangay Hulo, Mandaluyong, combine the amenities of high rise living with ease of access to several important commercial and business centers of Metro Manila. Units are available in a range of sizes, such as cozy studio apartments as well as sprawling three-bedroom dwellings. Most of these condominiums are situated in premier high-rise developments such as Acqua Private Residences and the Tivoli Garden Residences. Although many of these units are bare or unfurnished, some fully furnished units are available for those ready to make a quick move to this booming neighborhood.

Residents in these condominiums will be entitled to the use of amenities such as parking spaces, as well as access to gyms, swimming pools, and other common spaces. Many of these units also have additional features such as terraces and balconies commanding a spectacular view of Mandaluyong City or the neighboring Makati City across the Pasig River. Another plus to condominium living in Hulo is the presence of full time security staff and CCTV cameras, which contribute greatly to the peace of mind and comfort of residents.

Barangay Hulo is a short drive or commute away from the Mandaluyong City Hall and other government offices. The Shaw Boulevard-Pioneer area, a major commercial and industrial district of the city, is also readily accessible from Hulo. Another attraction to living in Hulo is its proximity to another upscale commercial district, Rockwell, in Makati City. Residents of Hulo are only a quick drive away from the area’s premier shopping mall as well as its multinational offices and buildings.

The Heart of the Metropolis Mandaluyong’s central location with respect to the rest of Metro Manila make it the heart of this busy metropolis. Mandaluyong is bound by the City of Manila to the west, Quezon City and San Juan to its north, and Pasig City to the east. The southern border of Mandaluyong is comprised by the Pasig River, beyond which is Makati City.

Presently, Mandaluyong is comprised of 27 barangays encompassing several important residential, commercial, and industrial districts. Residential areas are comprised of old neighborhoods retaining many of their old barrio features, as well as new high-rise developments and gated subdivisions such as those in Barangay Wack-Wack. Much of the commercial and business activity of Mandaluyong is centered around the Shaw Boulevard-Pioneer area. Situated here are major shopping malls such as the Shangri-La Plaza and the Forum Robinsons as well as mixed use developments such as the Greenfield District. BPO centers and established firms, as well as start-ups and niche businesses are all equally at home in this busy part of the city. The Shaw Boulevard-Pioneer area is also a major industrial center with various food, furniture, and pharmaceutical distribution facilities and warehouses located in the vicinity.

Mandaluyong is also home to several well known educational institutions such as the Arellano University Plaridel Campus, the Don Bosco Technical College, and Jose Rizal University. Other premier basic educational schools in the city include La Salle Greenhills and the Lourdes School of Mandaluyong. The city also has its own science high school as well as other public basic education schools. Private healthcare institutions such as the Dr. Victor R. Potenciano Medical Center and the Unciano General Hospital are also found in Mandaluyong City. Mandaluyong City is also a short distance away from other premier hospitals such as The Medical City in Ortigas, or the Makati Medical Center. Other government healthcare facilities in the city include the Mandaluyong City Medical Center as well as the National Center for Mental Health.

This small but thriving metropolis is readily accessible via major thoroughfares such as the Epifano delos Santos Avenue. The MRT Line 3 also cuts across the city, with three stations located within its boundaries.

Find Other Properties in Hulo