Buayang Bato, Mandaluyong
A two-bedroom unit that is bright and airy located at the 20th floor that offers a panoramic view of the metropolis and the Sierra Madre range. It is semi-furnished with a floor area of 50.55 square meters. Location is right at the center of the business district which is perfect for investment. Walking distance to transport services such as the MRT and surrounding malls and other business establishments. Resident has access to a roof-deck garden, gym and a swimming pool. Association due is at Php 3,300 per month. Payment scheme: 75% DP; remaining balance to be paid upon transfer of title.
₱ 5,300,000
2
Bedrooms
View Info
Contact Agent

Studio For Sale with Rental Income

Buayang Bato, Mandaluyong
A 2 bedroom, 2 balcony condo within an active community in a good location and on an altitude which is overlooking laguna lake. contact me
₱ 8,000,000
2
Bedrooms
1
Bath
67 m²
Floor area
View Info
Contact Agent

2 - bedroom unit with 2 - balconies for sale

Buayang Bato, Mandaluyong
Sheridan Towers is a 2 tower development by DMCI Homes along Sheridan Street within the boundary of Pasig and Mandaluyong City. It is another DMCI Homes master planned high-rise development project that offers proximity to CBDs, transport hubs and places of interests. It is your access to resort living within the city. Plus you can enjoy using its great amenities like the lap pool, playcourt or simply enjoy a quiet time at the skypark. Be mesmerized by the Manila skyline from the sky lounge and roof decks. It is a must to visit the place in order to appreciate its beauty!
₱ 7,400,000
2
Bedrooms
1
Bath
67 m²
Floor area
View Info
Contact Agent

Buayang Bato, Mandaluyong
condo unit for sale in pioneer mandaluyong near robinsons forum why rent? when you can own... for as low as 18,000++ per month you'll get a condo unit you've been dreaming of :) > condo w/ elevator thru bank or pag-ibig > flood free during ondoy and habagat typhoon > highly accessible - walking distance from edsa mrt. Units are Delivered with Furnitures:  - Bed  - Mattress  - Bedside Table  - Build in Cabinets  - Sofa  - Tv Rack  - Office Table and Chair  - Dining Table and Chairs  Aside from this our Price is inclusive of Miscellanous fee processing of titles, documentary stamp,etc.  PERFECT LOCATION!! DARE TO COMPARE!! INQUIRE NOW!!
₱ 3,600,000
1
Bedroom
1
Bath
20 m²
Floor area
View Info
Contact Agent

Buayang Bato, Mandaluyong
Axis Residences is nestled right in the middle of the capital’s major business districts: the Makati Central Business District, the Ortigas Business District, and the fast rising Bonifacio Global City. Being right at the axis of where everything happens, it is also within proximity to all major commercial areas that house entertainment, shopping, dining, and recreational establishments. Being very close to EDSA – the metro’s main thoroughfare – it is very accessible via all the major transport systems. Picture yourself living in a prestigious condominium where everything you need is available. Amenities in Axis Residences include retail spaces, 25-meter lap pool with pool deck, children’s pool, function rooms, fitness center/gym facility, children’s playground, basketball/multi-purpose covered court, pavilion, landscaped garden, and karaoke/game room. Imagine all of these amenities within your property, you need not leave your home to exercise or hang out with friends. Axis Residences brought the “entertainment” into your home. A Perfect Balance between Quality and Affordability. Axis Residences is an ideal development for those who have high consideration for mobility. A development designed for your professionals and start-up families. Address: Pioneer st,near ROBINSONS FORUM Brgy. Barangka Ilaya Mandaluyong City. READY FOR OCCUPANCY Unit Type: 2 bedroom unit, 2 toilet & bath Floor Area: 50.04 sqm. NET TCP:            P 8,637,955.36 5% DP:                P   431,897.77 Less RF:              P     50,000.00 TOTAL SPOT DP:P   381,897.77 15% DP spread in 11 mos. P 117,790.30/mos. OTHER CHAGRES/MISC FEES. 6% of NET TCP: P 518,277.32 80% BALANCE BANK FINANCING For Viewing Appointment: LIZA ORDANZA Sales Manager
Contact agent for price
2
Bedrooms
2
Baths
50 m²
Floor area
View Info
Contact Agent

Ready For Occupancy 2BR with Furnitures in Mandaluyong City 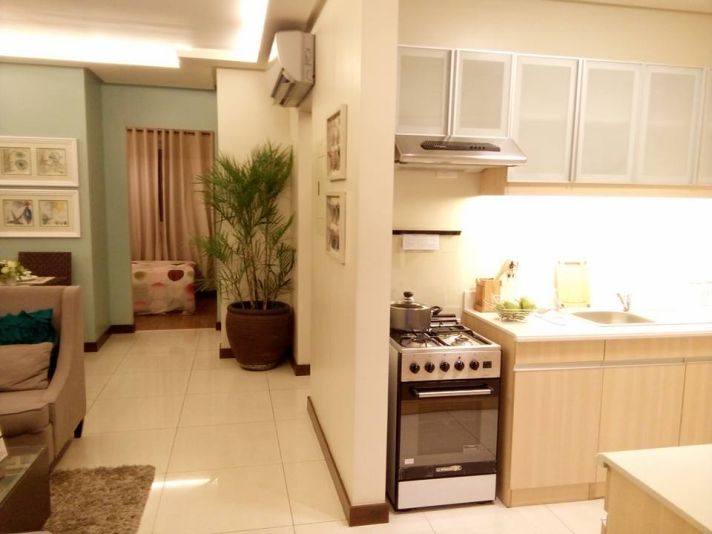 Barangay Buayang Bato houses a very interesting legend surrounding its creation. It is said that there once lived an old Chinese man whose devotion to his Chinese religion was so renowned in the humble town he lived in, considering that he remained steadfast in his religion despite the fact that his peers have already converted to Christianity. His devotion to his faith was so strong that he would often ridicule the Christian faith.

One day, while he was traversing the Pasig River, a crocodile that was supposedly larger than any he has ever seen in his life began swimming towards his boat. According to one account, the crocodile was supposedly the Devil himself, hell-bent on dragging the old man down to Hell for his blasphemy. Of course, at the sight of the crocodile, the man began praying to the Chinese gods and deities he believed in, to no avail. He then realized that he was a long way from home, and that the gods he was praying to were back in Mainland China, so he began praying to Saint Nicholas, whose statue was prominently displayed in the Guadalupe Church.

Through the saint’s supposed divine intervention, the crocodile suddenly turned into stone, thus saving him from death and eternal damnation. This event then renewed his belief in the Christian faith and convinced him to convert to Christianity. It is said that the stone crocodile, or the buayang bato in Tagalog, can still be seen by the bank of the river near the Ferry Station whenever the low tide comes in.

As interesting as the legend might be, it is, and it always will be, a legend. However, whether the buayang bato story is real or not is not something that anyone can ever really answer. We can only look at the buayang bato by the Ferry Station and speculate as to what really happened there so long ago. Saints and gigantic crocodiles aside, the barangay of Buayang Bato has so much more to offer, considering that it forms part of the city of Mandaluyong, which is located in the heart of the Metro Manila area. The barangay serves as an ideal and practical address since its location places it in the middle of practically anything and everything there is to do in this side of the Metro.

Whether it be food, shopping, business, or even entertainment, the barangay and the city housing it has something unique to offer. Options, however, are not limited to whatever may be found in the barangay and its home city, considering that it provides easy and convenient access to not only the neighboring cities and municipalities, but also to those cities and municipalities that can be found by the banks of the Pasig River.

The prices of condominium units available within the vicinity of Barangay Buayang Bato vary, depending on several factors, including its size, location, and developer. Condos located in areas situated close to access points leading to EDSA or other important places in the city may carry considerably heftier price tags, as compared to areas not so situated. The latest listings show that prices of condos being sold in the area range from Php1.8 million to Php6.6 million. For instance, a 30-square meter, one-bedroom unit in Sunshine 100 City Plaza, which is located fairly close to points leading to EDSA, is priced at Php3.3 million.

Find Other Properties in Buayang Bato