For Lease 1 Bedroom in Mandaluyong

Barangka Ilaya, Mandaluyong
FOR RENT Pioneer Woodlands in Mandaluyong 1 Bedroom Bare unit (With Rangehood, blinds, and electrical line for the heater) 30.26 sqm Tower 4 - 31st Floor Long term lease only (12 months minimum) 1 month advance, 1 month deposit payment thru PDC  Exclusive of association dues, electricity bill, & water bill.  2 pax maximum only No pets allowed About Pioneer Woodlands: Mobility Made Easier To those who want to experience leisure and full accessibility, Pioneer Woodlands by Empire East is the answer. It is a high-rise condominium located at EDSA corner Pioneer Street, Mandaluyong City. Through an outstanding location that takes pride in its direct connection to the Boni station of MRT Line 3, anyone can experience urban living at its finest. Why choose Pioneer Woodlands? One of the advantages of living in a high-rise-tower residential community like Pioneer Woodlands in Mandaluyong City is that anyone can experience mobility and relaxation thanks to the Ortigas Central Business District, Makati Central Business District, and more transportation hubs. These serve as a jumpstart to other leisure and tourist spots in the metro. Most homeowners are looking for a place that is accessible to everything. Nevertheless, only some residential areas are near commercial districts at the moment. Because of the proximity of Pioneer Woodlands by Empire East to the business districts and transportation sites of Mandaluyong, Pasig, and San Juan, more people are relocating or purchasing a unit in this condominium for convenience.  Pioneer Woodlands by Empire East places anyone right in the core of the city.  Residents can be taken anywhere, such as in Makati and Taguig, due to its unrestricted mobility. PM ME FOR MORE DETAILS
₱ 20,000
1
Bedroom
1
Bath
30 m²
Floor area
View Info
Contact Agent

For Rent One Bedroom Condo Unit Near Boni MRT And Pioneer, Mandaluyong

Barangka Ilaya: A colorful past 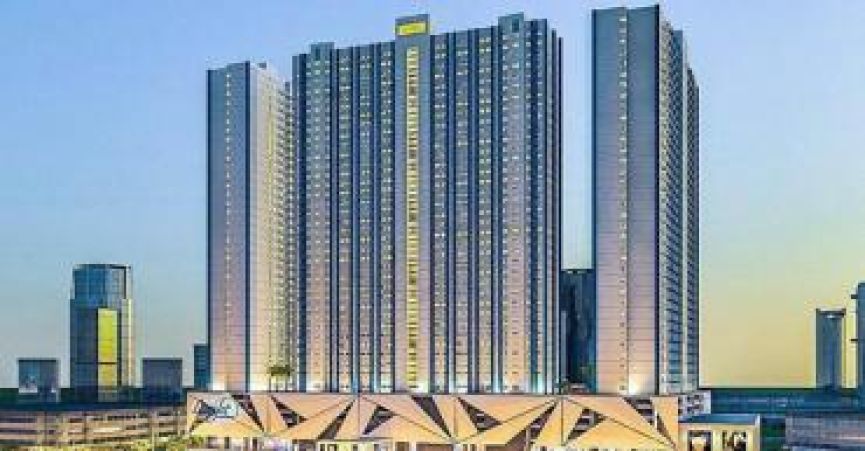 Barangka Ilaya is one of 27 barangays in the city of Mandaluyong. It has a land area of 47.45 hectares and has a population of 5,000 as of 2010. Barangka Ilaya is surrounded by Barangay Highway Hills, Malamig, Barangka Itaas and Buayang Bato.

Barangka Ilaya used to be part of a single barrio collectively known as “Barangka” before it was divided into 4 (Barangka Ilaya, Barangka Itaas, Barangka Ibaba, Barangka Drive) during the time of Municipal Mayor Bonifacio Javier in the 1940s.

According to city folklore, when the Philippines was under the Spanish regime, there lived an old woman named Barang who had a young daughter. The daughter was in the rice fields when she was attacked by a man. She cried for help, calling her mother repeatedly. “Ka Barang! Ka Barang!” Her cry echoing through the hills and valleys.

The city itself showed significance during the Philippine Revolution in 1896 as the baluarte of the Katipunan “Makabuhay” group. In August 1986, Andres Bonifacio, Emilio Jacinto and other members of the Katipunan met at the house of Romualdo Vicencio at Sitio Balakbak to prepare for the upcoming revolt. It was here where Bonifacio read the last manifestation of the Katipunan before they moved to the house of Felix Sanchez in Hagdan Bato. The historic revolutionary paper, “La Republika”, was also established here.

The city again came to the spotlight in 1986, when thousands of Filipinos marched to the EDSA Shrine to lead the country’s first peaceful revolution which came to be known as People Power.

Living at the heart of Metro Manila Mandaluyong City is located directly east of Manila. It is surrounded by neighbor cities San Juan, Quezon City, Pasig and Makati. Part of the Ortigas Central Business District is within its borders. Notable corporations are also located in the city such as San Miguel Corporation, United Laboratories, BDO, Asian Development Bank and TV5.

Accessibility is one of the reasons why people choose to rent a condo in Barangka. For example, SM Light Residences, a development by SMDC, is located right above the SM Light Mall. Residents have direct access to it, which means they can literally go downstairs to dine at a restaurant, do the groceries, shop or watch a movie. In addition, the condo is just a two-minute walk to the MRT-3 Boni Station and there is a bus stop right in front of the mall.

Another good option is Pioneer Woodlands, a six-tower residential condominium developed by Empire East. It is a two-minute walk to the Boni Station and a bus stop is just across the street. The property is along EDSA and Pioneer Street which connects to Shaw Boulevard. It is right in front of Robinson’s Forum and Robinson’s Cybergate, and near hotels like Legend Villas and Go Hotels.

Find Other Properties in Barangka Ilaya