Apartment For Rent in Mandaluyong, Metro Manila below 5k

room in Mandaluyong near to city hall

Bedspace for rent in fully furnished unit available in Mandaluyong

Room for rent (For Ladies ONLY) in Mauway mandaluyong

Mauway, Mandaluyong
Room is good for two - we are looking for 1 more to share the room with, yours would be the bed beside the window. >>1 month deposit & 1 month adavance is required
₱ 5,000
1
Bedroom
1
Bath
View Info
Contact Agent

Bedspace for Ladies in Mandaluyong City

Bedspace for Male Only

Condo Sharing for Females only

Malamig, Mandaluyong
P 2,500 monthly Initial payment is one mo.advance/one mo.deposit Inclusive of lights and water Free purified water. Hot water always available Meals are served from breakfast till dinner @ P50/meal unli rice Cooking not allowed. No water heater/rice cooker inside the rooms for safety purposes Own entrance/own key ...no curfew No visitors allowed inside the room Strictly for MALES only Safe and Quiet environment with a Store owned by the Landlady in front of the house where everything you need can be found including medicines 24/7 For applicants with motorbikes/bicycles, parking spaces are available
₱ 2,500
1
Bedroom
1
Bath
View Info
Contact Agent

Bedspace For Female in Mandaluyong City Near City Hall

Bedspace in a Secured Community in Makati City

Female Bedspace for Rent in Makati

2.3km
Guadalupe Nuevo, Makati
Looking for male working Professionals will share this room for total of 4 persons only . Preferrably working in daytime ( no night time or graveyard shift, NO WFH ) One regular bed including 4" uratex foam,  (wifi optional), ref, microwave , hot and cold shower, bidet and, with 24 hr cctv camera.  Walking distance MRT station and bus stop , one ride tricycle/jeep to BGC , and Buendia LRTsa baba lang tricycle terminal . Almost newly built bldg with elevator (as shown in the picture) Big room , spacious, 6f corner unit. Good ventillation with 4 windows.  .With magnetic key at the lobby.  All floors and lobby have CCTV camera ..For your security Safety ...One month advance one month deposit. No curfew, No contract ..minimum of 3mos only. Nice view . Bedspacer must have job . Need company ID . Those interested , for viewing and some details call/tx me Roger.  One month advance one month deposit .. Those interested may PM or text me.
₱ 3,600
1
Bedroom
1
Bath
20 m²
Floor area
View Info
Contact Agent

For Rent: Bed space for women

Apartment for Rent in Mandaluyong Below 5k 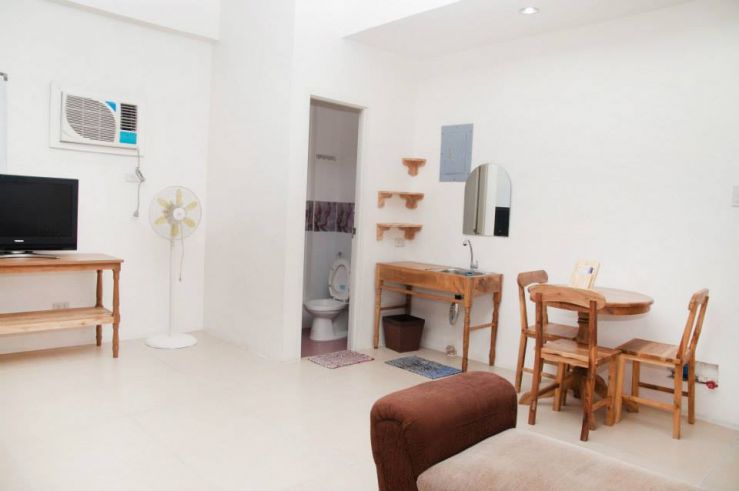 Mandaluyong pushes for an empowered community, a functional government unit, and a fruitful private sector. It partners for better services to provide for the city’s residents, practicing its own liberty, but is in line with the nation's plans for development.

The city of Mandaluyong is located in the Eastern part of Manila. At the core of Metro Manila, the city has always been a developing and progressive city. Mandaluyong is also considered to be a first-class highly urbanized city in the Philippines.

The local government unit also makes efforts that addresses holistic development for Mandaluyong. The title "New Tiger City of Metro Manila" was awarded to the city by the Department of Trade and Industry and the Asian Institute of Management Policy Center, showing that the city’s business sectors were competitive, and provided a better standard of living for the residents. The city is also known for being one of the pioneers of the Comprehensive Development Plan and Zoning Ordinance, which entails the possibility for commercial expansion, developments for housing, and other environmental projects.

What would a renter expect when renting an apartment in Mandaluyong below 5k?

The prices of apartments for rent in Mandaluyong, Metro Manila start from about Php 2,300 to Php5,000. Most of these apartments are located on Boni Avenue, Barangka Ilaya, Highway Hills, Hulo, and Plainview. Some apartments in the city provide basic furniture, but renters are free to add more if they wish. The prices of these apartments vary, although some have a small kitchen, bathroom, and air conditioning units, and are shared living spaces.

Why should a renter consider renting an apartment in Mandaluyong? 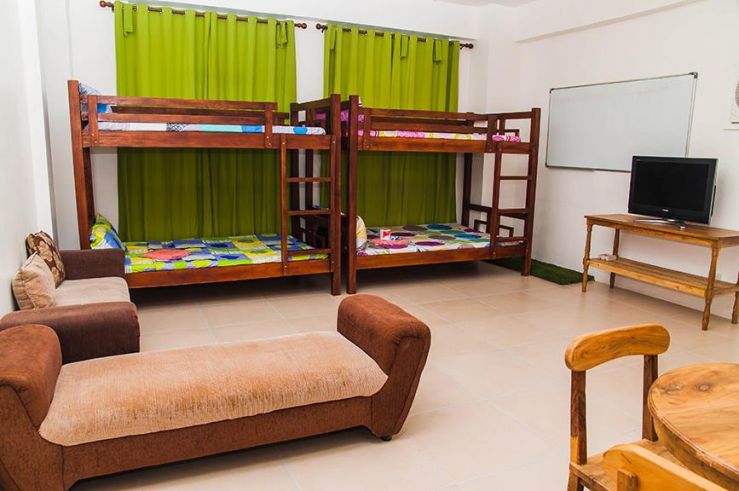 Mandaluyong’s central location and available transport systems including the MRT3 along EDSA, Pasig River Ferry, jeepneys, tricycles, and pedicabs, make it an easy city to live in for young professionals.

For the past four years, Mandaluyong’s safety is commendable as the city recorded a 96.39% Crime Solution Efficiency. A factor may be that the Philippine National Police Headquarters Station 3 can be found right in the city center.

The city is known for its specialized facility for mental health, which is the National Center for Mental Health located in Welfareville Compound. Mandaluyong also has the Mandaluyong City Medical Center which caters to its citizens.

A notable thing to remember is that Mandaluyong is approximately just 30 minutes away from Ninoy Aquino International Airport. There are different public markets in Mandaluyong, including:

Mandaluyong also has the Mandaluyong Manpower and Development Center, which is a training center that earned an Outstanding Training Center Achievement Award from TESDA.

In the list of reputable schools in Mandaluyong are the following:

There are also malls in Mandaluyong such as:

The development of employment programs for different sectors that are linked with agencies as well as the establishment of cooperatives is a key factor for the city. Food manufacturing, medicines and laboratory equipment are some of the industries that are available in Mandaluyong. Mandaluyong, along with Pasig and Quezon City, is home to the Ortigas Center--which is a promising business district that has several businesses and industries.

Find Other Properties in Mandaluyong