2 Bedroom for rent at Plainview, Mandaluyong

2 Bedroom with 1 car parking in Mandaluyong

Bedspacer for ladies near MRT Shaw

Bedspace for Rent in Hulo, Mandaluyong

Bedspace for rent in fully furnished house available in Mandaluyong

Highway Hills, Mandaluyong
We are looking for lady bedspacers for rent in a Penthouse room located in Ayala Tower Centera along EDSA. Details are the following : *For room facing Makati and Mandaluyong Skyline (all glass window): -Php 7,500 per person in 1 room with free WiFi, own CR (with heater), and own aircon (4 persons in 1 room) *For bunk bed near kitchen and dine-in area, with window also, free WiFi, own CR (with heater) and with own aircon: -Php 7,000 per person (1 bunk bed, 2 persons) *Electricity and water are excluded. Will be shared amongst 7 tenants monthly.  *Bunk beds and foam are already available. *Free use of amenities: Pools, Outdoor Gym, Play Area, Jogging Path *With common kitchen, sink and dining area with refrigerator  *You may wash undergarments only in the room. Laundry is on 2nd floor. *There are also restaurants in the ground floor (e.g. 711, Pan De Manila, malls nearby)  *Condominium tower has lobby, secured with CCTV. *Move-in date is from 20 June 2020 onwards. Requirements: 1 month deposit, 2 months advance 2 Valid IDs If interested and for more info, please pm me or contact
₱ 7,000
3
Bedrooms
2
Baths
View More Info
Contact Agent

Bedspace For Rent In Mandaluyong

In Unity There Is Progress 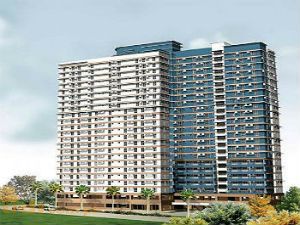 A modern city with historical roots, the city of Mandaluyong was once a barrio within what was once known as Sta. Ana de Sapa. Upon the arrival of Spanish colonizers, it was separated from the barrio and renamed San Felipe Neri. For a time during the American occupation, it was consolidated with what is now San Juan, and served as the capital of the then-Rizal province. Ultimately, it would be separated again and would turn into the municipality that it is today. It officially earned its cityhood in 1994.

Like most of the major cities in Metro Manila, the city is highly developed and completely cosmopolitan. It boasts of comprehensive health facilities, such as the Dr. Victor R. Potenciano Medical Center and educational institutions, such as the exclusive Saint Pedro Poveda College and the Lourdes School of Mandaluyong.

However, the city is most associated with the different business activities that occur within its limits. Nicknamed the “Tiger City” because of its fast-growing economy, the city is the location of the western portion of the Ortigas Center. As one of the most lucrative business districts in the entire Philippines, it has countless high-rise office buildings, residential condominium units, apartments for rent, hotels, and most especially, shopping malls.

In spite of all the commercialism that the city has undergone, Mandaluyong continues to remain true to its residential roots as a barrio. During the 1980s and 1990s, the city was a rural suburb where people working or studying in surrounding cities, such as Makati and Quezon City, came home to. Nowadays, people need not go to the neighboring areas for employment, education, the basic necessities, etc. because many of its residential developments are in or around commercial centers.

Apartment for Rent: Mandaluyong Is the Tiger City

Choosing an apartment for rent in Mandaluyong City is quite common in the capital because it provides affordability and flexibility that is not always available with house and lots. The options for available flats come in many types, and depend very much on the size, specific location, and price range. 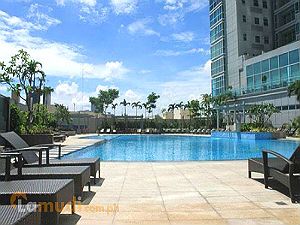 Popular areas where one can find a wide range of row houses for rent include Addition Hills, Barangay Namayan, and Hagdang Bato Libis. Many of these properties range from PHP 15,000 to PHP 20,000, depending on the square footage. Distance from major thoroughfares is another aspect when factoring in the cost.

A row house is not the only affordable apartment for rent in Mandaluyong. Mid to high-rise flats are also numerous in the city. For as low as PHP 22,000 per month, one can already live in a two-bedroom unit in Tivoli Garden. PHP 30,000 per month can get you a 100 square meter apartment in Paragon Plaza. Take note of other residential developments in Wack-Wack, Pioneer Street, Julia Vargas Avenue, and Boni Avenue.

Apartments for sale or for rent are the most recommended property type for those who want to experience the most in urban living. The right unit offers living space that matches a modest house, yet is easier to afford and maintain. Most are also closer to key commercial districts or are even directly attached to shopping centers. Apartment buildings also offer amenities, such as alarm systems, function rooms, swimming pools, and 24-hour security that would cost a lot more if individually installed in a private home.

Are there any apartments for rent in Mandaluyong with sports facilities?

Yes, you can find about 5 apartments for rent in Mandaluyong with sports facilities. If keeping fit and maintaining an active lifestyle is important to you, this is where you should stay.

Are there any apartments for rent in Mandaluyong near Shangri-La Plaza?

Find Other Properties in Mandaluyong