1 bedroom For Rent at Makati, Metro Manila in AVIDA ASTEN

22sqm Studio Unit for Rent at The Linear

The best condo of Linear ,with balcony

One BR, Fully-Furnished, High Floor Unit at The Linear Makati

Studio For Rent at Makati, Metro Manila in The Linear Makati

3 Bedroom Penthouse at Buendia Tower in Pasay for rent 70k

Getting to Know Palanan Barangay Palanan is one of the seven barangays comprising the Westside Cluster in the first district of Makati. It has a land area of 0.65 square kilometers or 2.4% of the city’s total land area. Palanan has an estimate population count of 17,200 as of 2010.

Palanan hardly had any inhabitants in early 50’s. But due to the rapid industrialization of the city beginning in the 1980s, more businesses have set-up shop along the main roads. Today, Barangay Palanan is fast becoming a business and residential center.

The area is walking distance from shopping malls Cash & Carry and SM Hypermarket. One can get groceries and fresh goods here at a fairly competitive price. If working in the city, it takes only 20 minutes to get to Ayala Avenue which is home to the Makati Central Business District. From Palanan, commuters can reach Bonifacio Global City in about 30 minutes.

North of Barangay Palanan borders the city of Manila which means it takes only a few minutes’ drive to get to the neighboring city. South of it is Barangay San Isidro, at its east is Barangay San Antonio and west of it is Pasay City. 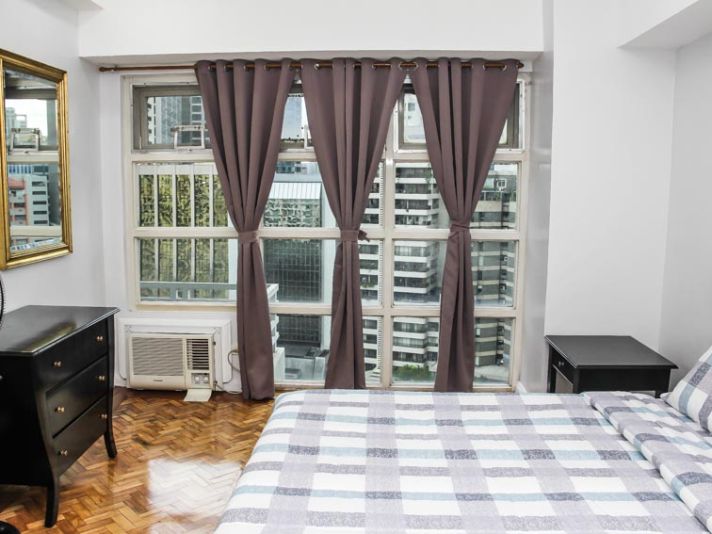 Government institutions such as Police Station Precinct 2 and a fire substation are located within the barangay.

Other places of interest such as shopping and dining destinations Cartimar Market, Kamamura Japanese Restaurant, Linea Italia Warehouse and Shopping Center are a few blocks away from Barangay Palanan.

Traveling to other Places

Commuting from Barangay Palanan is also hassle-free as it is near the LRT-1 Buendia station which takes one up north to Roosevelt and Baclaran down south. The train station also connects with MRT-3 and LRT-2 which gets travelers to other parts of the metro.

Other modes of transportation include bus, jeep, taxi and tricycles –all of which are very accessible in Barangay Palanan.