Townhouse for Rent in Camella III

New 2 Story Townhouse with 4 Bedrooms and 2 Bathrooms in a Very Good Location...

For Rent Townhouse In Front Of Sm Southmall

Looking for the Perfect Townhouse in Las Piñas 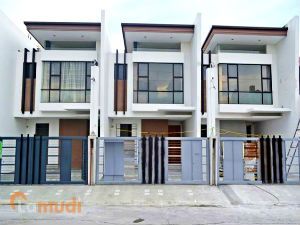 When one is thinking of renting a townhouse, we immediately think of Parañaque, Quezon City, or even Makati, Taguig, and Pasig. Indeed, these locations are very popular amongst people who are looking for rental properties close to where they work, and townhouses—arguably one of the most popular property types in the Philippines—are snapped up in mere weeks or even days when such properties are available.

However, townhouses for rent in Las Pinas are slowly but surely becoming common and popular. A city that is located on the southwestern portion of the metropolis and near the province of Cavite, the newfound popularity of townhouses in this location is owed to the following reasons:

Las Piñas has seen growth that is unprecedented in its history. The city is now home to a number of new shopping malls, hospitals, and universities and in the near future, it will house two stations of the LRT-1 Extension project, which will make rail commute from the city to as far north as Monumento in Caloocan and Balintawak in Quezon City quick and easy.

The city is situated close to Imus and Bacoor, two of Cavite’s most important cities. Thousands of commuters pass through Las Piñas every day on their way to Makati, Bonifacio Global City, or any other business district of Metro Manila, which makes it an important melting pot. In addition, properties in Las Piñas are still not as expensive as those in other parts of Metro Manila, making the city a viable option for homebuyers with a limited budget.

Just like its neighbor to the north (Parañaque), Las Piñas’ is home to many subdivisions and gated communities, including BF Resort Las Piñas, BF International Village, Pilar Village, and Casimiro Village, among many others. Plenty more are in the pipeline, including Alabang West by Megaworld Corporation and Vista City by Vista Land. This means that there are and will be plenty of options for renters. 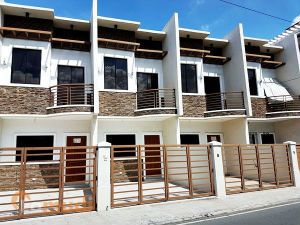 It is safe to say that these subdivision developments are home to some of the best townhouses for rent in Las Pinas. These properties range from three-bedroom, three-bathroom traditional row-house units to newly built townhouses with a contemporary design. As they are more affordable than stand-alone houses, they are quite popular as rental properties, especially for newlyweds and starting families.

Some of the best places to find a Las Pinas townhouse for rent include Moonwalk Subdivision, Admiral Las Piñas in Talon Dos, BF Resort Village, and Victoria Park in Almanza Uno. A three-bedroom normally rents between PHP 15,000 to PHP 18,000 depending on the location, although rest assured that most are located in secured and well-guarded areas, making them perfect of families with small children. In addition, these properties usually come with a garage big enough for up to two cars, which is quite useful for parents who drive to Makati, Bonifacio Global City, and Ortigas Center.