House and lot For Rent in Las Piñas, Metro Manila

The Beautiful Two-Storey House for Rent in Metro Manila

House for Rent in BF Resort

Townhouse for Rent in Camella III

House For Rent Good For Bodega in Pilar Village

House for rent in Las Piñas

5 Bedroom House And Lot For Lease

House and Lot For Rent at Muntinlupa, Metro Manila in Posadas Village

A City Where the Past and Future Meet 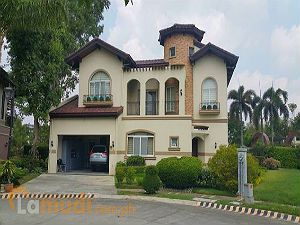 With a population of approximately 588,894 based on the 2015 national census, the city of Las Piñas can be considered as a medium-sized local government unit (LGU). The city also does not have a central business district, unlike Muntinlupa, its neighbor to the south. Indeed, the city is often overshadowed by other larger more prominent cities in Metro Manila that it is quite often relegated to being a place that’s far removed from the rest of the National Capital Region (NCR).

However, things are starting to change quite rapidly. In the recent years, Las Pinas has seen unprecedented growth in the city’s history. What started as a fishing village and sea salt producing locality during the Spanish times is now a place that is teeming with very large shopping malls, hospitals, and universities. In the near future, the city will also be home to two stations of the LRT-1 Extension project, which will make the rail commute from the city to as far north as Monumento in Caloocan and Balintawak in Quezon City quick and easy.

The great thing about the city is that its community is closely connected to its past. It is not unusual to observe residents celebrating age-old traditions, such as the Feast of Saint Joseph, the International Bamboo Organ Festival, the Waterlily Festival, the Parol or Lantern Festival, and the Las Piñas City Historical Festival. Even one of the Philippines’ most beloved icons, the jeepney, traces its origins in Las Piñas. Two of the country’s largest manufacturers of this humble mode of transportation were based there: Sarao Motors and Francisco Motors. 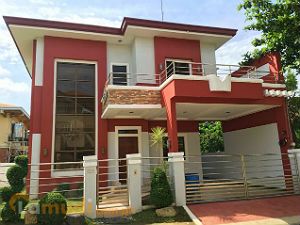 Houses for Rent: Las Pinas and Its Developments

What better way to experience the city’s laid-back yet exciting lifestyle than through houses for rent in Las Pinas in its many subdivisions and gated communities. Over the years, people have seen the growth of subdivisions, such as BF Resort Las Piñas, BF International Village, Pilar Village, and Casimiro Village, among many others.

New developments are also being constructed, some of which are from the country’s largest real estate developers. These include Alabang West by Megaworld Corporation and Vista City by Vista Land. These projects are regarded as self-contained cities complete with commercial centers, hospitals, BPO offices, and schools, and one can also count a house for rent in Las Pinas among them.

Living in a Las Pinas house for rent will surely afford any resident a lifestyle that is laid-back yet stimulating, centered around beloved and colorful traditions, but forward looking to an exciting future.