Condo for Rent in Metro Manila

Malamig, Mandaluyong
Community: Dansalan Gardens Condominium (DMCI) Community Address: 347 M. Vicente St. Brgy Malamig Mandaluyong 1554 Tower: Sycamore Tower or Tower 2 Unit: 27G Floor Area: 62.58 sq m including balcony Unit Description - Fully-furnished for a small family of 3 but spacious enough to fit more - The unit has 2 air-conditioned bedroom and 2 bath - Master bedroom with queen size sturdy bed frame and newly replaced mattress as well as full-size closet - Master bath has water heater - 2nd bedroom has a newly purchased full-size bed and a kid-size closet - Kitchen is equipped with a 195L refrigerator, a 2-burner induction stove, a microwave oven, and a rice cooker. - Living area is equipped with an air-conditioner covering the kitchen and the dining area as well. There’s a sofa and a 50” Smart TV and TV Plus box. - Utility room currently occupied by the 10 kg LG washing machine has enough room to hang clothes to dry. It can also be set up to be a small bedroom or a study room like other units did. - Balcony faces the swimming pool and overlooks Shaw. - Smoke detectors within the unit. - Intercom connected to Tower Lobby Guard - Unit is cable and internet fiber ready. Renter needs to apply for an account under their name. Community - Community is pet and kid friendly. - There’s a gym, swimming pool and shower area, garden and multi-purpose hall. - Motor parking available Location - 1-2 minutes walk to Boni Ave - 5 minute tricycle/jeepney ride to MRT Boni Station Lease and Payment Terms - Minimum of 12 months contract - Monthly rent at 33K - 2 months security deposit, 1 month advance rent. PDC is good to have but not a must have. - Inclusive of association dues - Exclusive of utility charges
₱ 33,000
2
Bedrooms
2
Baths
62 m²
Floor area
View Info
Contact Agent

3 BR Residential Condominium with view of Burgos Circle at The Fort BGC, Taguig

Fort Bonifacio, Taguig
This 3 bedroom residential condominium near Burgos Circle is now available for rent.Burgos Circle was planned as part of the Forbes Town Center, a mixed-use development inspired in Singapore.The circle first came to prominence in 2009, when it was identified as a new dining hotspot with a number of new restaurants in the area mostly catering to young professionals.
₱ 150,000
3
Bedrooms
2
Baths
150 m²
Floor area
View Info
Contact Agent

Fully Furnished 1 Bedroom at the 35th floor, The Rise, Makati

Studio Unit for Rent in The Beacon Tower Makati

Studio with Balcony in St. David Square Makati for rent

For Rent Studio at The Linear Makati by Filinvest

Special One Bedroom unit for rent in The Residences at Greenbelt, Makati

San Lorenzo, Makati
A condominium property for rent in San Lorenzo, Makati, Metro Manila A fully-furnished, special one bedroom (80 square meters) in The Residences at Greenbelt (a five-star condominium, complete with all the facilities developed by Ayala Corporation).  This unit is within the heart of the shopping district, walking distance to everything you would need.  It is located on the 44th floor of Manila Tower, with an unobstructed view of Manila Bay.  Indeed, a very romantic view.  Since it is a special unit, it has a powder room for the guests which an ordinary one-bedroom does not have.  It comes with one-parking which is very accessible to the elevator and located on the podium. Condominium property for rent in San Lorenzo, Makati, Metro Manila
₱ 95,000
1
Bedroom
1
Bath
80 m²
Floor area
View Info
Contact Agent

1BR in the heart of BGC with parking for rent

Eastwood City, Quezon City
Loft type 1 Bedroom in Eastwood Le Grand 2, Semi Furnished For Rent Quezon City 63 sqm loft 1 Bedroom 1 Bathroom 1 powder room semi furnished no parking slot no balcony fully renovated no balcony Eastwood Le Grand 2 Experience an exceptional residential  lifestyle at the heart of Bagumbayan Megaworld Corp. by Metro Manila is residential in Bagumbayan, one of the top cities in Quezon City. Megaworld Corp. provides its residents with a lifestyle of privilege that many people can only dream of. Metro Manila is yet again breaking the boundaries of residential living by bringing comfort and affordability, ensuring residents live the life they deserve as they create more amazing memories with their families. This makes getting a unit at Megaworld Corp. worth every cent. Properties within the Quezon City area are quite strategically-located that's why owning a  is a worthwhile investment one can make.
₱ 40,000
1
Bedroom
1
Bath
63 m²
Floor area
View Info
Contact Agent

For Rent One Bedroom Condo Unit Near Boni MRT And Pioneer, Mandaluyong

An Urban Destination for Anyone Looking for Anything 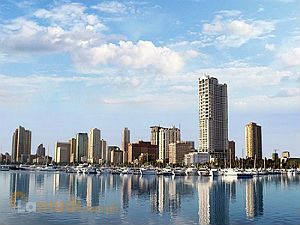 An area of 636 square kilometers currently inhabited by over 10 million people, Metro Manila is unquestionably the most popular region in the Philippines. It is sometimes hard for some to fathom why an increasing number of people continue to call the National Capital Region home, especially when all they hear of is the Metro’s traffic and pollution woes.

What these people do not realize is that the region is the Philippines’ center of economy, education, and public service. Locals and foreigners continue to venture into the Metro for work, school, and living mostly because all modern amenities are easily within reach.

In recent years, real estate developers have stepped up to provide solutions for Metro Manila residents who have to deal with the increasing problems of traffic, congestion, and pollution. Those solutions come in the form of condominium developments, which have helped millions of city dwellers live more balanced lives.

These condominium projects are centrally located close to schools, retail centers, and transportation hubs and come with premium amenities built into the building. As a result, a condo for rent in Metro Manila has become one of the most highly desirable places to live in the city.

The Premiere Location for Everything

Apart from serving as the country’s main seat of government and education, the capital region is also the Philippines’ primary economic center. The nation’s three most prominent central business districts (CBD)—Makati, Bonifacio Global City, and Ortigas Center—are all situated here. Several new townships touted to become the next CBDs are also on the rise, including Arca South in Taguig and Vertis North in Quezon City. Some of the country’s most familiar companies and brands are also headquartered in the Metro. These include the food and beverage giant San Miguel Corporation, the PLDT Group, and banking giant BDO Unibank, Inc.

The Metro is also home to the country’s foremost medical facilities. The most prominent of which are St. Luke’s Medical Center, the Philippine Heart Center, the National Kidney and Transplant Institute, Philippine General Hospital, and the National Center for Mental Health, among many others.

Metro Manila, of course, wouldn’t be a great city in the Philippines without its numerous shopping centers and retail facilities. Some of the most popular in the country include the SM chain of shopping malls, three of which (SM Megamall, SM North EDSA, and the Mall of Asia) are among the world’s largest. The capital region is also home to several luxury malls, namely Bonifacio High Street, Greenbelt, Power Plant Mall, and Century Mall. 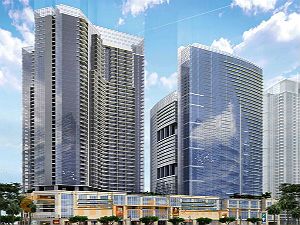 Condo for Rent in Manila

Living in a condo for rent in Metro Manila is one of the better ways to enjoy everything that the Metro has to offer. Developments are commonly situated in or around key districts, making access to urban necessities easy and convenient.

As life in the region is quite fast-paced, choosing to stay in a condo for rent in Metro Manila is an optimum choice as it allows for flexibility without compromising the quality of living. A recent research and forecast report conducted by Colliers International has indicated that condo units are set to dominate the market in the next four years with studio and one-bedroom flats accounting for 75% of this new supply. This means more options for tenants in the near future.

Whether it is a one-bedroom unit at The Beacon Makati being rented out for only PHP 15,000, a three-bedroom unit at Accolade Place in Quezon City for only PHP 27,000, or a truly luxurious penthouse in One Roxas Triangle for PHP 250,000, there are many prime locations to choose from when deciding which condo for rent in Metro Manila is right for you. Most come with amenities, such as 24-hour security, a power generator in case of blackouts, swimming pools, jogging trails, a gym, and pocket gardens.