House and lot For Sale in Caloocan, Metro Manila

Sunriser Village, Brgy. Camarin, Caloocan City Camarin, Caloocan
All properties are offered on “As-is, Where-is” basis. Titles of properties are either under Seller’s name or under various stages of consolidation in the Seller’s name. Interested parties are therefore advised to check the title, the physical and legal condition of the property. Vicinity maps, lot and floor areas are approximates only. Property details including the lot plans and pictures, prices, and terms are subject to change without prior notice. The Seller reserves the right to pull-out any property anytime. Changes in prices are subject to the sole discretion of the Seller. The Selling Entity accepts no liability for the content of this communication, or for the consequences of any actions taken on the basis of the information provided. Interested buyers are reminded that all property is being offered for sale on an “As-is, Where-is” basis, and are advised to conduct their own due diligence."
₱ 5,400,000
360 m²
Floor area
120 m²
Land Size
View More Info
Contact Agent

Camarin, Caloocan
*UnionBank may, at any time, withdraw any of the properties listed above prior to the auction. *Availability of units and prices are subject to change without prior notice. *Payment of Creditable Withholding Tax (CWT) is for the Buyer's account. *Bids should be submitted together with the Php 20,000 Show Money (Manager's Check) no later than January 28, 2020.  *All winning bidders will be subject to credit checking. *Misprints should not be construed as misrepresentation of the property.
₱ 2,230,000
78 m²
Floor area
116 m²
Land Size
View More Info
Contact Agent

Bagumbong, Caloocan
UCPB Pre-Owned Property: Tierra Nova Royale Caloocan (CLN0008)Terms & Conditions1.) All sales on "AS IS, WHERE IS" basis. No warranties.2.) Prices NOT applicable to buybacks by former owners. Please contact the telephone numbers below for buy-back price.3.) Properties and prices are subject to change anytime and may be withdrawn from the list without prior notice.4.) Mere submission of an Offer to Purchase does not confer "first option" or "first right" to the offeror. 5.) The deficiencies stated herein are not meant to be exhaustive, comprehensive or complete. Buyers are advised to conduct their own due diligence prior to making an offer. Inadvertent misprints shall not alter the property's factual condition or shall they be deemed as misrepresentation of the property.6.) The Bank only shoulders the Creditable Withholding Tax (CWT) up to the extent of purchase price only. For any excess CWT shall be for buyer's account.7.) All submitted offers are subject to Bank's management approval.______________UCPB Asset Management:Sheryl BarramedaFlorilyn GonzalesMara Roldan
₱ 4,044,000
237 m²
Floor area
150 m²
Land Size
View More Info
Contact Agent

Kingstown Subdivision, Saranay North Caloocan Caloocan City Caloocan
Please Open and Watch  Making of Caloocan City Attached Video  After Cover Photo Kingstown Saranay North Caloocan 2-storey 4-bedroom, 2-tb, terrace, covered carport, service area LA-70, FA-120, clean TCT. selling @2.5M along the highway 4.2 km drive away from SM Fairview Robinsons Novaliches nearby Establishment Schools market churches gasoline station Caloocan Sports Complex - Sm Caloocan Amenities The Pavilion Basketball Court Jogging Path Mini Garden and Playground Landscape Parks Fruit Bearing Trees Admin and Security Office Barangay 171 shares a common border with the following barangay(s): Barangay 168, Caloocan Barangay 175, Caloocan Bahay Pare, Meycauayan, Bulacan Barangay 169, Caloocan Bignay, Valenzuela Libtong, Meycauayan, Bulacan Bagbaguin, Meycauayan, Bulacan Perez, Meycauayan, Bulacan Barangay 167, Caloocan Caloocan City is a 1st class highly urbanized city in Metropolitan Manila, Philippines. It has a population of 1,583,978 people  making it the fourth-most populous city in the Philippines. Caloocan is divided into two geographical locations with a total combined area of 5,333.40 hectares. It was formerly part of the Province of Rizal of the Philippines' Southern Luzon Region. It comprises what is known as the CAMANAVA area along with cities Malabon, Navotas and Valenzuela. South Caloocan is bordered by Manila, Quezon City, Malabon, Navotas and Valenzuela. Presence of commercial and industrial activities combined with residential areas make it a highly urbanized central business district and a major urban center in the Northern District of Metropolitan Manila. North Caloocan shares its border with Quezon City, Valenzuela and Marilao, Meycauayan and San Jose del Monte in the province of Bulacan. It is composed of mostly residential subdivisions and extensive resettlement areas with scattered distribution of industrial estates mostly within road transit points and intersections. Caloocan has 188 brangays.The cities closest to Caloocan are Malabon, Navotas, Valenzuela, Quezon City, Manila, and San Juan. The nearest municipalities are Obando, Marilao, San Mateo, Pateros, Cainta, and Bocaue. Caloocan's 10th Avenue area is well known for the clusters of motorcycle dealers and motorcycle spare parts dealers. Among the major and famous streets are P. Zamora Street and A. Mabini Street. Numerous banks have branches in the city . The city also has a number of shopping malls and stand-alone supermarkets and hypermarkets The Line 1 has a terminal at Monumento that passes through the city's 5th Avenue LRT Station. The railway traverses Rizal Avenue Extension and enters the City of Manila and Pasay City. The stretch can be traveled in about 30 minutes. Philippine National Railways also has a line, with its terminal at Samson Road, and passes through Caloocan railway station, 10th Avenue railway station, and 5th Avenue railway station. The currently under construction Line 7 had also proposed two stations located at the northern part of Caloocan that will be passing at Sacred Heart and Tala. The city has an extensive network of roads, the most prominent being Epifanio de los Santos Avenue, which begins in the Monumento area. The North Luzon Expressway's Operations and Maintenance Center and the motorway's Balintawak Toll Barrier are in Caloocan. Bus line Victory Liner Incorporated has its headquarters and terminal along in Rizal Avenue Extension near the Monumento Station. Manila North Tollways Corporation (the concession holder of the North Luzon Expressway), is headquartered in Caloocan. The North Luzon Expressway, through Segment 10.1 also traverses through Caloocan from the right-of-way of the Philippine National Railways. WE RECOMMEND INTERESTED PARTIES TO MESSAGE US TO SCHEDULE FOR VIEWING  OF THE PROPERTY TO FULLY APPRECIATE THE GOOD INVESTMENT VALUE AND GOOD LOCATION.WE CAN ALSO RECOMMEND OTHER LOW PRICED HOUSE AND LOT .LOOKING FORWARD TO YOUR INQUIRY AND RESPONSE TO START DOING BUSINESS WITH YOU.
₱ 2,500,000
4
Bedrooms
120 m²
Floor area
70 m²
Land Size
View More Info
Contact Agent

Rent to Own 3 Bedroom Townhouse in Caloocan City

Lot 51, Block 4, Jackson St., Princetown Subd., Brgy. 171 (Bagumbong), Caloocan City Bagumbong, Caloocan
* Sale shall be on "as is where is" basis.* All offers are subject to Management approval.* Availability of units and prices are subject to change without prior notice.* Misprints should not be construed as misrepresentation of the property.* Lease offers welcome for all condominium units listed except those under ""With Authority to Sell"". Please call for price.   For concerns, please visit your branch of account, call the Customer Contact Center or the BSP Financial Consumer Protection Department at (02) 708-7087. To learn more about our Consumer Assistance Management System, please visit www.bdo.com.ph/consumer-assistance. House & Lots
₱ 1,440,000
58 m²
Floor area
48 m²
Land Size
View More Info
Contact Agent

A Wealth of Options for Homeseekers 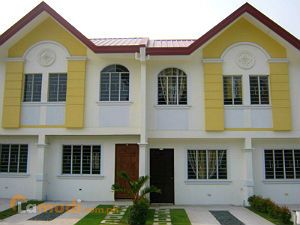 Caloocan is a highly urbanized city and one of the 16 cities that make up Metro Manila. Its population is approximately 1.4 million (as of 2010), making it the country’s third-largest city. With 188 barangays in which to search for a house for sale, Caloocan has a wealth of options for homeseekers.

The city has two parts that are separated by Valenzuela City and Quezon City. The southern portion of Caloocan although smaller is more urbanized, while the northern part is a mix of suburban and rural areas. The city is a part of the conurbation known as CAMANAVA, which also includes the cities of Malabon, Navotas, and Valenzuela.

The city is important as well as historically interesting because it was the operational center of the Katipunan, a secret society that was highly influential in starting the Philippine Revolution against Spanish occupation. This rich history makes buying a house & lot for sale in Caloocan City all the more alluring.

Benefits of a House and Lot for Sale in Caloocan City

Offering more than just numerous barangays in which to find a house and lot for sale, Caloocan also provides the following benefits to its residents: 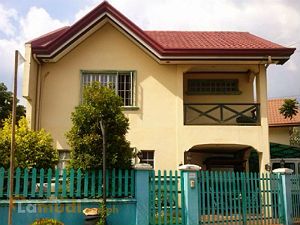 There are several important landmarks and attractions in Caloocan. The Bonifacio Monument is perhaps the most recognizable landmark in the city. It is located at the intersection of the MacArthur Highway and Samson Road, and is dedicated to Andrés Bonifacio, the “father of the Philippine Revolution.” It was designed by the 1973 National Artist of the Philippines, sculptor Guillermo Tolentino.

Shopping and commercial centers are found in abundance. In addition to the city’s many shopping malls, such as the Victory Central Mall, Araneta Square, and the SM Hypermarket, there are also many commercial streets. These include P. Zamora Street, A. Mabini Street, and Ninth and Tenth avenues.

The city’s roads and public transit systems provide superb transportation links.  Within the city, there are several transportation options for residents with and without personal access to a car. The LRT Line 1, the Philippines National Railways, Epifanio de los Santos Avenue, and the North Luzon Expressway make getting around the city and the National Capital Region extremely easy and efficient.