Apartment For Sale in Metro Manila

Bagong Ilog, Pasig
GREAT INVESTMENT! COMMERCIAL BUILDING NEAR PASIG BOULEVARD AND KAPITOLYO and C5 is at Cheapest Price only at 35M!Current Earning is at P200K per month plus the...
₱ 35,000,000
1
Bedrooms
550 m²
Floor area
View More Info Contact Agent
Featured
2

2 Storey Apartment (House And Lot) For Sale In Santa Mesa

Apartment and Vacant Lot for Sale in San Juan (Near Aurora Blvd.)

House and Lot / Apartment for sale

Apartment with Commercial Space For Sale

The Center of the Philippines 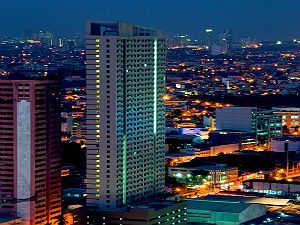 Metro Manila is THE mega city. Comprised of 16 cities and one municipality, the area alternatively known as the National Capital Region is history, culture, diversity, and urbanization compressed into 636 square kilometers worth of land. It may not be geographic center of the country, but it is the central location for practically everything.

The metropolitan’s official population stands at just under 12 million, a testament to how it is indeed the center for economy, education, and leisure in the Philippines. While the precolonial province was a residential and trading location for locals and visitors from nearby countries, the present Metro is similar in a sense that people from all over the Philippines and the world converge in the area to pursue different opportunities.

Metro Manila Is the Place To Be

Metro Manila is the place to be when it comes to big business and high-level education. It is also the main seat of politics in the Philippines with Malacañang Palace and the Supreme Court of the Philippines located in the city of Manila. In spite of its busy pace, the region also has areas that allow one to slow down and appreciate its cities for what they are.

For a dose of history and culture, one can catch a show or exhibit at places like the Cultural Center of the Philippines in Pasay City or take a tour of the National Museum in Manila. Places like Ayala Center in Makati or the Bonifacio High Street in Taguig on the other hand, provide retail and leisure experiences like no other.

Apartment for Sale in Metro Manila 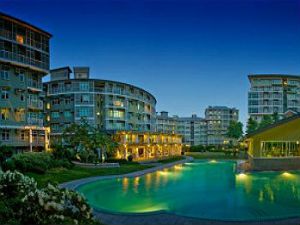 Why rent an apartment when you can buy one? Similar to how the region’s cities are numerous and each one’s features are diverse, there are a variety of options for those who want to buy a flat in the Metro. Due to the high demand for housing, apartments have become very common in the region, and one can easily find a unit that meets both their particular living and financial requirements. For example, a two-bedroom corner unit at Tribeca Private Residences in Muntinlupa would only cost you PHP 3.5 million. It would also already come with amenities like WiFi, laundry, dry cleaning, and concierge services.

Those who need more space on the other hand, can opt for a unit in a rowhouse or duplex apartment. More similar to a house than a condominium, it allows one to have some yard space, multiple bedrooms, and parking space. A two-story unit in Betterliving, Parañaque would be around PHP 4.5 million per unit, providing a significant amount of living area while being more affordable than a full on house and lot.

Metro Manila is a fast-paced region, and apartment living is one of the better ways to get the most out of what it has to offer. Significantly more affordable than traditional house and lots, apartments also provide relatively better proximity to key commercial districts, while providing adequate living space, not to mention amenities not usually found in houses within subdivisions and gated communities.