House and Lot for Sale in San Pedro Laguna | Lamudi

3BR House and Lot in Pacita 1 for Sale, Laguna

San Vicente, San Pedro
An Exclusive Subdivision in San Pedro, Laguna, FUTURA HOMES offer a mixture of  Single Attached House and Lots, Duplex and Townhouses that fulfills the dream of every Filipino to have their OWN House and Lot.House and Lots here are built us...
₱ 3,100,000
3
Bedrooms
68 m²
Floor area
100 m²
Land Size
View More Info Contact Agent
4

House and Lot For Sale in Southview San Pedro Laguna

House and Lot For Sale at San Pedro, Laguna

House For Sale Interior-Designed And Fully Furnished Home In Pacita

For Sale: House and Lot near Pacita 1, San Pedro, Laguna

The Premier City of the Province of Laguna

San Pedro, a local government unit (LGU) in Laguna that achieved cityhood only on December 28, 2013, is often mistaken as part of Metro Manila. Geographically, it is very close to Muntinlupa, sharing a common border with the National Capital Region’s southernmost city.

Transportation wise, getting to and fro San Pedro to Metro Manila is quite easy. Major transportation links such as the Old National Highway and the South Luzon Expressway connects the city with the Philippine capital and the rest of the province. In fact, there are even proposals to incorporate San Pedro into Metro Manila, which will make it the Metro’s 17th component city.

However, whether or not the city will become part of the capital is quite irrelevant, as it is already a progressive LGU in its own right. With a population of 325,809 as of the 2015 Census, its large population base ensures that its economy is up and running. 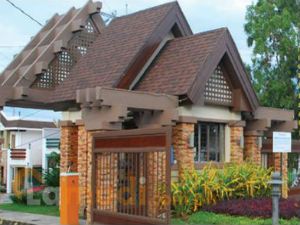 The city is home a large number of subdivisions, which in turn are home to a large number of people who commute to and fro Metro Manila’s business districts to work, making the city a popular “bedroom community”.  It is quite common to find plenty of gated communities where one can easily find a house for sale in San Pedro, Laguna. In fact, there are at least 60 subdivisions found all throughout.

A house and lot for sale in San Pedro, Laguna can range from a very affordable PHP 500,000 to about PHP 4 million in some of the city’s more upscale subdivisions. There are also plenty of foreclosed house and lots in the city being marketed by country’s largest banks, including BDO and RCBC, which means there are plenty of affordable homes offered on very flexible financing options. Aside from traditional houses, the city also offers townhouses and door apartments, many of them newly built and situated in the city’s newer subdivisions.

However, aside from residential real estate, the city is also home to a large number of industrial and manufacturing plants, while its “bayan” or Poblacion area is a bustling district of commercial establishments, strip malls, and local branches of the country’s biggest banks. Indeed, saying that San Pedro is a bustling city in Laguna would be an understatement.