Fully furnished rooms with FREE WiFi for only P7,500! Move In now!

Room for rent ladies only

21.2km
359 Felix St. Edang, Pasay
For professional LADIES out there... looking for BED SPACE.We have available bed space that we can offer you at a very low price.Requirements: DuE to COVID 19 we are requiring all interested tenants to seek a MEDICAL CERTIFICATE. For everyone's safety including you. Yung barangay po kasi namin is ZERO record from COVID. Sana mainitindihan niyo po.2-3-0-0 monthly rental1 month advance 1 month depositFree wifi, WATER, and ElectricityContact me for more info.
₱ 2,300
4
Bedrooms
6
Baths
50 m²
Floor area
View More Info
Contact Agent

Room for rent at Pilar Village

26.3km
1047 Consuelo San Andres, Manila
Manila Male Bedspace near Taft Avenue and De La Salle It is perfect for Working Professionals and Students with affordable price. The room is good for 6 person at 3000 per head all in. Units are near in the following Landmarks: * LRT Vito Cruz Station  * De La Salle University  * College of Saint Benild  * Saint Scholastica  * BDO Pablo Ocampo Senior  * Taft Avenue and Quirino Ave. * Robinsons Place Manila Inclusion: * Water and Electricity  * Wifi and Cable * Foam and Deck * Sofa and Dining Table * Fridge, Ceiling fan and stand fan * Gated and Secured * Individual Keys * No Curfew  The Condo is is beside Taft Avenue and Vito Cruz, the condo is just right accross LRT Vito Cruz Station, and within walking distance from La Salle, College of Saint Benild, St. Scholastica's College. Reserve now to ensure slot during GCQ. Our units are COVID free due to cooperation to our residents to our Barangay and LGU. We practice Social Distancing. For unit visits, please ensure that you have quarantine permit, mas and/or face shield. Before entering our unit, kindly allow us to check your temperature for Covid free environment. Requirements: - 2 photocopy of 2 Valid ID's - 1 month Advance and Deposit  We are available for viewing Monday to Saturday 9am till 8pm. Reserved now! Thanks and God Bless
₱ 3,000
3
Bedrooms
3
Baths
99 m²
Floor area
View More Info
Contact Agent

26.3km
San Andres, Manila
Located in Barangay 764, strategically located 5 minutes walking distance to Makati and the Jeepney route to Taft as well as 10 minutes walking distance to jeepney route to P.Faura (Robinsons Manila).The property is located on a newly constructed road, ensuring there is no floods and is easily accessible with minimal traffic.Restaurants are located within 5 minutes walking distance with many Sari-Sari stores closing at 11pm - 12am on Mondays-Friday, and 9pm on weekends.All units are semi furnished with a built in closet, and a .75 HP aircon to get you through the summer as well as 24/7 strong water pressure. You may request for a single bed but we do not offer mattresses.We prioritise your convenience and your security and we will source 100% of our energy from solar energy source by the end of 2020.Rental Price: P9,500We unfortunately do not offer parking.Services offered:Free 100mbps Wifi (Unlimited)Laundry Service available (Wash & Dry)24/7 active CCTV surveillanceSecurity:Double LockRFID Entrance24/7 active CCTV surveillance5 minutes away from Barangay Hall
$ 10,000
1
Bedroom
1
Bath
21 m²
Floor area
View More Info
Contact Agent

Bedspace at S&M Transient for Rent at San Andres, Manila

30.2km
63 Luta Norte Malvar Batangas Luta Del Norte, Malvar
An architecturally designed 2 bedroom apartment in Malvar Batangas is available for rent. It has generous open plan living and dining area, stone bench top kitchen, toilet and bath, spacious service area. It's located in private compound with easy access to 24/7 public transportation. It has carport where one car space is allocated for each unit. A visit is a must to appreciate the unit.
₱ 10,000
2
Bedrooms
1
Bath
60 m²
Floor area
View More Info
Contact Agent

Room with loft for rent near UPLB

The Suburban Advantage of Living in San Pedro Laguna 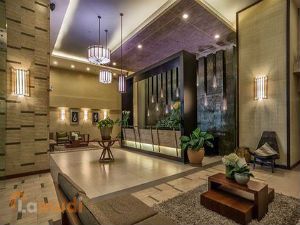 San Pedro City is a newly established component city of Laguna. The law creating the “Charter of the City of San Pedro” was signed by former President Benigno Aquino on March 27, 2013 and was consequently ratified by the residents through plebiscite on the same year.

With its strategic location, (its boundaries are shared between Muntinlupa in Metro Manila, Biñan in Laguna, and Dasmariñas, Carmona, and General Mariano Alvarez in Cavite) the city is a popular residential option for people who work or study in the national capital, but seek the peace and quiet of a suburban environment.

San Pedro, Leguna offers a myriad of leisure attractions for visitors and residents alike. It is the location of one of the most challenging golf courses in the Philippines, the KC Filipinas Golf Resort, which provides an extraordinary golfing experience to players in their 18-hole course. The city also houses the Salvador H. Laurel Garden and Museum, which is a tribute to the late former vice-president and statesman.

For devotees and pilgrims, San Pedro also houses the miraculous icon of “Lolo Uweng”, an image of Jesus Christ, which is often compared to Quiapo’s Black Nazarene. Across the Shrine of Santo Sepulcro, which shelters the venerated icon, there is also the “Balon ni Lolo Uweng,” whose water is said to have miraculous properties. 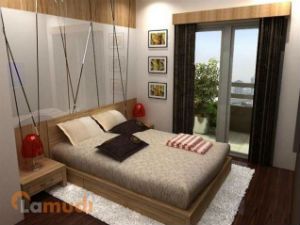 Aside from all these interesting attractions, the city is a popular residential real estate destination because of its proximity to Metro Manila. In fact, it only takes one bus ride to get from San Pedro to Makati, and to other business districts in the Metropolis. Trains of the Philippine National Railway also make regular stops in San Pedro, which makes commuting to as far north as Tutuban in downtown Manila quick and easy. In addition, the terminals of the Ninoy Aquino International Airport are also a quick drive away via the Metro Manila Skyway and the newly opened NAIA Expressway.

With its suburban advantage, San Pedro City accommodates a myriad of subdivisions, gated communities, and villages that offer plenty of properties, particularly apartments for rent. An apartment for rent in San Pedro, Laguna is a great  choice for those who seek the peace and quiet of a suburban location, yet offers a convenient and hassle-free commute to and from work. The city is also a great community for starting families, as it hosts a number of good schools and educational institutions, in addition to topnotch healthcare establishments, and leisure centers.

Find Other Properties in San Pedro