Warehouse for Lease in Laguna

Unit 2B PEZA Office for Lease (120 sqm) in Laguna Technopark

Loma, Biñan
The house is located inside an exclusive village in Laguna. It is located in a cul de sac, away from the main street and/or busy streets. It is furnished and has: -5 bedrooms (4 on the 2nd floor and 1 at the ground floor) -2 toilet and bath -1 powder room -garage -huge garden - sala with lanai - dining - kitchen - maid's room The village has a Clubhouse with adult and kiddie pool, basketball court, kids' playground, etc.
₱ 80,000
5
Bedrooms
200 m²
Floor area
400 m²
Land Size
View Info
Contact Agent

Real, Calamba
Properties within the Calamba's Central Business District (CBD).Properties are classified as Commercial as per its Tax DeclarationsThe proposed Mixed-used Mid-rise Condo Project has huge expected buyers.Expandable up to 1 ha with frontage of at least 80 metersA proposed "ikot" transport system will increase accessibility.Open for Joint Venture (JJV) Dev't with established mix-used medium-rise (at least 20 floors) Condo DeveloperCalamba City is only 45km away from Metro Manila and is an old Spanish settlement since Rizal's time. It plays a strategic trading center servicing nearby Batangas and Laguna Municipalities. A first-class city with 456,486 population in 2015 with 8 PEZA Industrial Estates, 8000 business establishment, 229 schools (primary and secondary), 21 universities, and 1 vocational school. It is estimated that the Calamba day time population is 3 to 4 times the local residents causing traffic congestion within the city proper. It is an in-migration urban growth center.The limited area within the old city commercial district and the booming service business sector due to the migrant population lead to the emergence of the City's Central Business District (CBD) at the Calamba Crossing area. The presence of Calamba Walter Mart, SM Calamba, Calamba Medical City, Calamba Central Terminal, SM Terminal Hub, and the new STI Calamba sustain the expansion of the said CBD causing urban sprawl towards Brgy. Real and Los Baños.The property for sale is within the Calamba CBD's district and the Brgy. Real - Los Baños highway By-Pass Road. The heavy traffic at Calamba crossing will generate traffic volume at the said By-Pass road making it a potential commercial area expansion of the CBD.The Highest and Best Use of the half-hectare at the By-Pass Road is an affordable mid-rise mixed-use condominium (15 floors). To make the condo project highly accessible to the SM terminal hub and Calamba Central Terminal, an "ikot" transport system should be developed. It starts at Brgy. Real passes Walter Mart & SM, turn right at crossing passing by STI, Calamba then turns right going to LTO and finally, project site.  An operational "ikot" transport system,at the proposed mid-rise condo project, can attract middle managers buyers from the 8 Industrial Estates. The industrial employees' buses pass thru SM terminal hub and Calamba Terminal. There will be buyers from SM, Walter Mart, Calamba Medical Center, Pamana Golden Care Medical Center, STI, Calamba, Letran, other colleges, and business establishments located near the CBD. The proposed condo project has buyers within the CBD’s schools, hospitals, and business establishments; and middle managers from the existing Industrial Estates due to the SM terminal, the Calamba Central Terminal. The proposed "Ikot" transport system will make the project accessible.We are available for site inspection when you consider the said 0.5 ha to be part of your Real Estate Development Inventories, just give us 2-day lead timeCall or text us.
Contact agent for price
5327 m²
Land Size
08/12/2020
Available From
View Info
Contact Agent

Retail and Commercial Spaces for Rent in Calamba- brokers welcome

Laguna Warehouse for Rent in , Biñan

Biñan, Biñan
Commercial property for rent in , Biñan, Laguna For Direct Clients Only - For Rent Unit Type: Warehouse GLA: Unit 16: 1,395 sqm Rate per sq.m: PHP 240.00 CAM: PHP 40.00 per sq.m Assoc Dues: PHP 15.00 per sq.m Parking Rate: PHP 30.00 per sq.m Minimum Lease Term: 2 years Condition: please check the other details from the image Notes: - Electricity: Direct in Meralco to be applied by the lessee - Lessee could build their own office inside the warehouse. - Parking Area is just in front of the warehouse around 40 sqm per unit but could rent additional parking space on separate contract.
₱ 334,800
1395 m²
Floor Area
View Info
Contact Agent

Laguna Is Perfect for Families and Businesses 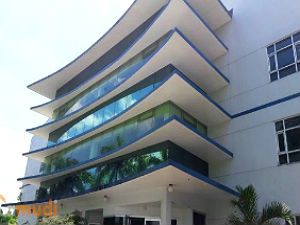 Although Laguna is not the Philippines’ largest province in terms of land area (that distinction will go to Palawan), neither is it the most populous (which will either be Metro Manila or Cebu depending on how one defines a province), it more than makes up for in terms of progressiveness and sheer economic size. In spite of being highly urbanized, especially its sections closest to Metro Manila, the province maintains a very rural and laidback atmosphere. This is the reason why people keep on coming back to Laguna for more.

Comprising of 24 towns and six cities, and divided into 674 barangays, the province of Laguna is known as Metro Manila’s gateway to the south. In fact, the San Pedro, Binan, Santa Rosa, Cabuyao, and Calamba are considered extensions of the National Capital Region as they are often included in the Greater Manila Area (GMA) for statistical and research purposes. It is in these locations where most of the province’s industrial parks, manufacturing facilities, and massive real estate developments are found. Most notable among them are Ayala Land’s Nuvali between Cabuyao, Santa Rosa, and Calamba and Ayala–Greenfield Estates in Calamba; Eton City by Eton Properties; and Vista Land’s Santa Elena City.

However, if one drives further east along the Laguna de Bay, the province becomes more touristic, more rural, and more laidback. Although there are urbanized towns and cities in this part of Laguna (including Los Baños and San Pablo City), most of the areas here are quiet and relaxed. What these places lack in business activities, they more than make up for natural and cultural attractions—chief of which will be the National Arts Center in Los Banos; the underground cemetery of Nagcarlan; the Pagsanjan Falls; Caliraya Lake in Lumban; and the seven lakes of San Pablo.

The Kind of Properties for Rent in Laguna

It is not surprising that Laguna is a popular destination among property-hunters. As it affords families affordable houses for rent within driving distance from Metro Manila and at the same time near leisure areas, the province is one of the most searched for places in the Philippines when it comes to houses.

Houses are not the only property types available for rent in Laguna. Being a highly industrial and booming province, its cities near Metro Manila offer plenty of commercial and industrial properties, which make for perfect business locations.

Houses for Rent in Laguna

As mentioned, there is a wide range of available properties for rent in Laguna at the moment, starting with houses, which range from affordable to the truly luxurious. One that falls under the latter category is a modern five-bedroom four-bathroom house with a monthly asking rent of PHP 70,000. This property is located within Pramana Residential Estates, which is mere minutes away from Nuvali and Greenfield City.

On the more affordable side is a three-bedroom house and lot in Fortezza Subdivision in Cabuyao. This brand-new house, which comes semi-furnished and with a garage big enough for two cars, is currently on offer for a mere PHP 15,000 per month. 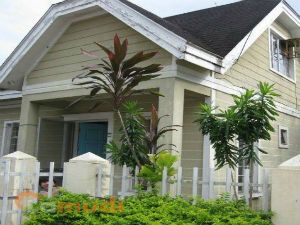 Commercial Properties for Rent in Laguna

Thanks for Laguna’s booming business scene, commercial properties are also a hot commodity in the province. One example is a sprawling warehouse for rent, measuring 17,000 square meters, located in Mamplasan, Cabuyao. This property sits on a 22,000 square meter lot and has enough parking space for 50 cars. It is perfect for logistics businesses as Mamplasan is a short drive away from the South Luzon Expressway.

Industrial Properties for Rent in Laguna

Located within Greenfield City in Santa Rosa, a 5,000 square meter lot in Greenfield Auto Park is a perfect spot for auto- and non-auto-related industries, as well as light industries like telecommunications, information technology (IT), and others. Located just 30 minutes from Tagaytay and 45 minutes to one hour from Makati via the South Luzon Expressway (SLEX), this property is located near Greenfield’s Paseo Center (a strip of outlet and retail stores); Pramana and Solen, which are high-end residential subdivisions; and the Santa Rosa Business Park. At the moment the Greenfield Auto Park is home to Mitsubishi Motors Philippines.