Lot For Sale in Laguna

Ready for Occupancy Lot for sale in Nuvali Laguna

San Antonio South, Binan, Laguna Langkiwa, Biñan
San Antonio SouthBiñan, LagunaDid you know that there is this ONLY P5,000 Initial Investment to own a residential lot near Manila and with easy access to Laguna TechnoPark.Contact our office right away as these properties are fast selling a...
₱ 604,800
84 m²
Land Size
View More Info Contact Agent
8

House and Lot Beside Mall and SLEX Exit for Sale in Santa Rosa, Laguna

Canlubang, Calamba
Enjoy the benefits of living close to Mother Nature without missing out on your urban essentials at Avida Settings NUVALI. It is conveniently close to schools,...
₱ 2,300,000
116 m²
Land Size
14/11/2019
Available From
View More Info Contact Agent
4

An Investment in A Lakeside Province 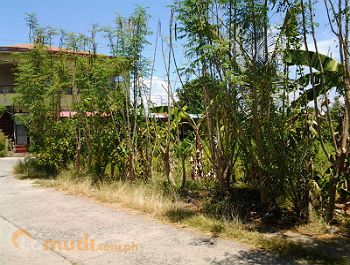 Situated 30 kilometers southeast of Metro Manila, the province of Laguna is widely known among non-residents for being two things. The first is as a nearby vacation destination for those living in the capital. People come here to enjoy the hot springs, water resorts, and waterfalls. The second is as the birthplace of national hero, Dr. Jose Rizal. Many students take field trips to the Rizal Shrine in Calamba.

With its more than 60,000 hectares of land and approximately 300 million gallons of underground water which is sustained by at least seven principal watersheds, the province is also widely recognized for being a place suitable for agriculture. It is known as Metro Manila’s fruit basket, being a major source of fruits and fresh produce for the capital’s residents, including lanzones, rambutan, papaya, mango, and pineapple.

The province has 24 municipalities and 6 cities, all with modern conveniences and infrastructures. An alternative to living in the capital, the province is an ideal destination for professionals and even students.

Thanks to its extensive agricultural activity, Laguna is one of the better places to live in the Philippines, especially in terms of nutrition and agriculture-based livelihood. However, it is not all plants and crops as the province is a major site for industrial and manufacturing estates. Furthermore, it also boasts of a good number of tourist destinations.

The province is bordered to the north by Laguna de Bay. Being the largest lake in the country, it is naturally also one of its biggest tourist attractions. Common activities that can be done here are freshwater fishing and sailing. Other natural attractions in the province include the Pagsanjan Falls and the hot springs resorts in Los Baños and Calamba found on the slopes of Mount Makiling.

Lot for Sale: Laguna Has Many Available 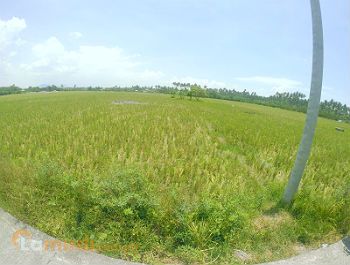 Situated in the foothills of Mount Makiling, Mount Banahaw, and the Sierra Madre Range, the province of Laguna has a diverse landscape. It is the perfect place for those looking to invest in agriculture and horticulture. Its proximity to Metro Manila also makes it quite the vacation destination with many commercial establishments situated all over.

Whether it is for permanent residency, a weekend home, or for commercial or agricultural purposes, the right type of land can be found in the province. Notable properties include a commercial lot in the municipality of Biñan. Measuring 3,669 square meters, it is located near the Southwoods City development, making it ideal for any type of business establishment.

Another is a residential lot situated in the La Joya Subdivision in Sta. Rosa. With a total area of 108 square meters, it is currently valued at an affordable PHP 625,500. It is situated in a gated subdivision that is near commercial establishments like the Balibago Complex, SM Sta. Rosa, and Enchanted Kingdom. A farm lot for sale in Laguna can also be easily found. A 272 square meter farm in Calamba can be bought for only a little over PHP 1.7 million. This suits those who want to avoid the hustle and bustle, and would prefer a more bucolic lifestyle.