House and lot For Rent in Calamba, Laguna

House and Lot For Rent at Calamba, Laguna in Avida Cerise Village

3BR House and Lot for Rent at Alegria at Dos Rios

House and Lot For Rent at Santa Rosa, Laguna in avida village cerise

House for rent in Calamba Laguna

Townhouse for Rent at Calamba, Laguna in Suntrust Sentosa

3 Bedroom House & Lot with view of Mt. Makiling, very near to clubhouse

Townhouse - 2 Bedrooms for rent in Calamba

For Lease House and lot in Parkway

Known as the birthplace of the Dr. Jose Rizal, the Philippine national hero, Calamba is situated about 54 kilometers from Metro Manila. The city is home to nearly half a million people. Although it is the Resort Capital of the Philippines, Calamba is an economically important city, being the regional center of the CALABARZON Region.

Calamba was an independent pueblo as early as 1742, forming eventually as a town 28 years later. Largely consisting of haciendas, Calamba was controlled by the Dominicans. The land were then sold to the natives during the American colonial era. During the Japanese occupation, Calamba was devastated with thousands of people losing their lives under the hands of the Imperial Japanese Army. Progress was, however, quick as the town was able to turn its great loss to greater economic outcomes. The town in the last three decades of the last century was eventful as industrialization and commerce flourished. With these developments, Calamba was chartered as a city in 2001.

Calamba has been growing by leaps and bounds since its cityhood. The convenient location from Metro Manila has made it possible for the city to be considered as an attractive alternative location to the metropolis for businessmen, students, and residents who want to be conveniently close enough to the National Capital Region but far enough for a more laid-back atmosphere. Economically, the city is an emerging powerhouse. As the richest city in CALABARZON, it gains income from manufacturing and economic plants, tourist spots, agricultural production, and services. Income growth has been on the green since 2002 with several years of double-digit growth. There are 83 banking offices in the city, countless multinational offices, over a dozen industrial parks, new BPO offices, as well as a number of shopping malls.

Over the years, the city’s expansion as a commercial and industrial hub, both for the province of Laguna as well as for the entire southern Luzon, has continued to lead in a transient population of workers looking to own or rent homes, much like the condos and townhouses typical of those found in the capital. Fortunately, because Calamba is close by, it still has a steadfast amount of developable land, allowing for a wider range of property types at prices and rental rates that are slightly more favorable than those in the capital region. This is why houses for rent in Calamba, Laguna are highly sought after. 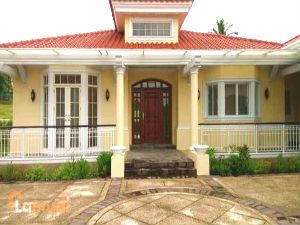 Another is a two-bedroom house, this time in Avida Settings Nuvali in Canlubang, Calamba, also with leasing services by Avida. The fully furnished house features a floor area of 160 square meters, and sits on a lot with a land area of 110 square meters. It comes with two toilet and baths, and is available for a monthly rent of PHP 30,000.

Another in Avida Settings is a 50-square-meter home on Phase 1 Block 3 Lot 1 on Blueridge Street. It features one bedroom, one toilet and bath, and a car space for two. It located near St. Scholastica and Don Bosco Schools, Paseo de Santa Rosa, S&R Membership Shopping, and various hospitals. It is a 20 minute drive away from Tagaytay and a 30 minute drive from Makati. It is available for a monthly rent of PHP 14,000.

At the Suntrust Sentosa Subdivision, on the other hand, is a three-bedroom townhouse standing on Lot 22 Block 6. The fully furnished home features a floor area of 72 square meters and a land area of 60 square meters. It has two toilet and baths and a one-car garage. Ideal for a small family, it is available for a monthly rent of PHP 35,000.

Living in Calamba, Laguna, has never been at its easiest. Rent an affordable home in this beautiful and modern city today!