House and lot For Sale in Cabuyao, Laguna

For sale Single detached House and Lot in Laguna RFO

For Sale 2 Bedroom Furnished House and Lot in Cabuyao 5mins to Nuvali, Vistamall

House and Lot For Sale at Cabuyao, Laguna

Affordable House And Lot Near In Sta. Rosa Laguna

House and Lot For Sale at Cabuyao, Laguna in Fortezza Subdivision

provision for 2 bedroom, 1 toilet and bath for sale

Townhouse For Sale at Cabuyao, Laguna in San isidro heights

3 storey house and lot in New Mahogany Village for sale

House And Lot For Assume Balance

provision for 1 bedroom, 1 toilet and bath for sale

Bungalow with 3 Bedroom For Sale

For Sale Ready For Occupancy 2 Bedrooms In Laguna 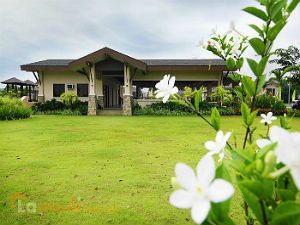 At approximately 44 square kilometers, Cabuyao may be small in area compared to other cities in the province of Laguna, but due to the presence of many industrial estates and manufacturing plants, its local economy is a significant and major growth driver for Southern Luzon.

The city was once known as the Philippines’ richest local government unit way before it became a full-fledged city in 2012. Today, it continues to attract numerous migrant workers from all around the Philippines, especially with Santa Rosa to its West and Calamba to its East. The standard of life that the city offers is significantly higher than in other parts of the country.

Work and Education in the City

The city of Cabuyao has done well utilizing most of its area. Noteworthy companies who have facilities in the city include Asia Brewery, Inc., Nestle Philippines, San Miguel Corporation, Tanduay Distillers, Inc., and Wyeth Philippines, Inc. Residents and those living in nearby locales are constantly in the city as they make a living in these companies and in its numerous industrial parks. Such industrial parks include the Science Park of the Philippines.

Technology and industry are also prevalent in the city’s education system, as it is the location of the Malayan Colleges Laguna, which is a subsidiary of the Mapua Institute of Technology. Other notable schools in the city include the Southeast Asia Institute of Science, Arts and Technology-Cabuyao Technological Campus, and the Don Bosco Institute of Arts and Sciences.

House for Sale in Cabuyao Laguna 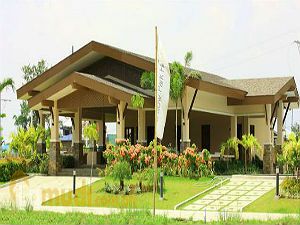 Like most areas in the province, Cabuyao is a comfortable place to live in thanks to a good balance between urban development and the city’s maintenance of its natural resources. Its many industrial parks and manufacturing plants necessitated the development of residential estates and subdivisions to house the multitude of employees coming in. Because of the high spending power of its residents, there are many investment property options available here.

One of the city’s most notable developments in the recent years is Nuvali, a massive real estate project developed by Ayala Land Corp. Nuvali offers not only condominiums developed by Ayala subsidiaries, but also lots for custom-built houses.

For those looking to buy a house in Cabuyao, an investment of approximately PHP 4.3 million will already be worth a four-bedroom home in Willow Park Homes. For PHP 1.9 million, one can easily get a two-bedroom bungalow in Gran Seville Subdivision. There are many more gated communities where one can easily find a house for sale, such as Avida Parkway Settings, Mirala, Venare, Elaro, and Santierra.