Apartment For Rent in Biñan, Laguna

Room for rent ladies only

San Jose, Biñan
4 unit apartment with a very friendly neighborhood within the vicinity of Nuvali and Technopark. Tagaytay is just couple of minutes away. And a p2p for those who are planning to go to manila.
₱ 9,800
1
Bedroom
1
Bath
60 m²
Floor area
View More Info
Contact Agent

One Room Available For Rent in Jubilation East

Room for rent at Pilar Village

Apartment for Rent Near Terminals and Schools

Fully furnished rooms with FREE WiFi for only P7,500! Move In now!

42.9km
359 Felix St. Edang, Pasay
For professional LADIES out there... looking for BED SPACE.We have available bed space that we can offer you at a very low price.Requirements: DuE to COVID 19 we are requiring all interested tenants to seek a MEDICAL CERTIFICATE. For everyo...
₱ 2,300
4
Bedrooms
6
Baths
50 m²
Floor area
View More Info
Contact Agent

Making a Living in Binan 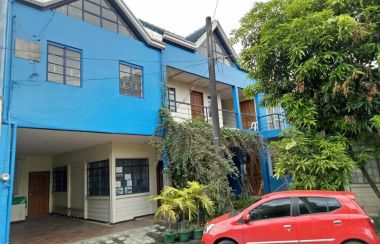 As part of the Greater Manila area, Binan continues to become widely known as an ideal place to live or invest in for those who want to be based outside of Metro Manila but not be too distant from the National Capital Region.

By its own merit, Binan offer plenty of opportunities in terms of career and business. Featuring the aforementioned largest public market in both its province and region, a typical occurrence in that area of Binan are the arrival of jeepneys and trucks carrying various items such as fruits, vegetables, dry goods, dairy products, and meat, among others, and wholesalers setting up immediately to sell the goods. This market activity runs 24 hours, often peaking in the early hours of the day (3:00–7:00 am). Subsequently, retailers from nearby towns travel the city proper to purchase goods and merchandise intended to be sold elsewhere.

Binan’s economy does not rely only on the trading of goods, nor on the manufacturing of footwear and headwear, or making of delicacies like puto and special pasalubong like pinipig and ampaw. Highly developed, the city is also the location of two major industrial parks. These are the Laguna International Industrial Park (LIIP) and the Laguna Technopark Incorporated (LTI). Among the companies with operations in either of the industrial parks are Honda Parts Manufacturing Corporation, Toshiba Philippines, and Isuzu Philippines, to name only a few.

Residing in a Binan Apartment for Rent 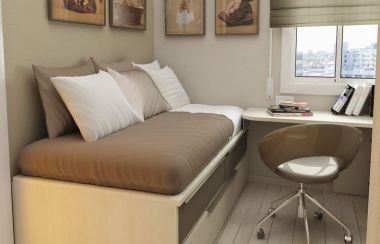 An apartment for rent in Binan continues to prove to be one of the most viable residential options in the city, particularly for both those employed in the two industrial park as well for individuals plying their trade at the public market. Apartments for rent are often centrally located, or at least located in an area with exceptional accessibility, allowing for convenient coming and going to the city’s key business areas.

While options are modest in number due to high occupancy, the market still has a variety of choices where home seekers can more or less find the space that suits both their needs and their finances. Among the more affordable apartments for rent in Binan is one available for as little at Php4,500 per month. Featuring one bedroom and one bathroom, the 150 square meter unit is brand new and is fully furnished, giving a tenant great value for their money.

cFor Php9,500, an apartment also featuring one bedroom is also available. While significantly costlier than the former, this latter unit is located within the vicinity of Nuvali and Technopark, and is a few minutes away from neighboring Tagaytay. The apartment also includes a parking space, and access to amenities such as basketball and tennis courts, parks, and pay TV access.