Apartment For Sale in Laguna

Block 6 Lot 6 Villa De Oro Subdivision Tagapo Sta.Rosa Laguna Tagapo, Santa Rosa
Villa Residencia offers a relaxing,covinient, and most affordable studio type for rent nearby S.M Sta.Rosa and Robinsons Sta.Rosa and other Landmarks like Paseo De Sta.Rosa, Enchanted Kingdom, Nuvali and other establishments near Tagapo Sta.Rosa.Villa Residencia has an 8 most affordable studio type for rent located at well secured and beautiful Villa De Oro Subdivision Tagapo Sta.Rosa Laguna.One nice thing about Villa residensia is the location,it is actually near S.M Sta.Rosa and Robinson's Sta.Rosa where you can regularly experience the unhassle lifestyle at the comfort of your place. You can easily reach South Luzon Expressway Toll Gate less than 20minutes,so traffic is not a problem.Going to alabang less than 30 minutes.You will reach Makati Commercial Center for less than 1 hour. Tagaytay for less than 30 minutes and other famous beaches and springs located in Laguna and Batangas.
₱ 5,500,000
8
Bedrooms
308 m²
Floor area
View More Info
Contact Agent

4-Unit Apartments for Sale in Los Baños, Laguna (all units with tenants)

Batong Malake, Los Baños
This 4-unit Apartment is located in Collegeville Subdivision, Los Baños, Laguna. The total land size is 500 sqm. (2 titles, 250 sqm. each). All the apartment units are located on one of the 250sqm. parcel of land. Each unit has 2 bedrooms at the 2nd floor and also has an attic. Asking price: PhP 7,000,000
₱ 7,000,000
8
Bedrooms
2
Baths
View More Info
Contact Agent

Apartment with 4-unit at Calamba, Laguna

Commercial and Residential for sale

Apartment for Sale in Cabuyao Laguna

3- storey house with 2 units of apartment for sale

Apartment for Sale in Cabuyao Laguna

San Antonio, Biñan
Code : DS881157 Category : For Sale Project : Commercial & Residential Compound City : San Antonio Biñan Laguna Unit :Four Bedroom 4BR Size : LA: 330 sqm FA: 700 sqm Parking :  3 Car Garage Selling Price : Php 25,000,000.00 NET (Buyer will shoulder 6% CGT & CWT, 5% Broker's Commission & Vat (if applicable)) Property Description: 1 Title consist of 3 buildings which can be used as either commercial or residential building   San Antonio is a barangay in the city of San Pedro, in the province of Laguna. Its population as determined by the 2015 Census was 61,428. This represented 18.85% of the total population of San Pedro.   San Antonio, officially known as Barangay San Antonio, is the largest barangay in the city of San Pedro, Laguna, Philippines. With a land area of 780 hectares, San Antonio is Laguna’s gateway to Metro Manila. As of the 2010 census, the population of the barangay was 47,825. It is adjacent to the city proper located at the northern portion of San Pedro. San Antonio is the location of large factories in the city. It is also one of the richest barangays of San Pedro. The barangay is divided into two parts: the San Antonio Barangay Proper and Upper San Antonio. Its patron saint is San Antonio de Padua. Top Realty is a multi-awarded Real Estate Brokerage firm based in Bonifacio Global City. Being named as one of the Philippine’s Best Real Estate Agencies, you can expect our listings to be updated and our responses to be immediate. Your Partner in Real Estate, Top Realty Corporation
₱ 25,000,000
1
Bath
700 m²
Floor area
View More Info
Contact Agent

apartment and commercial for sale

Living at the Cusp of the Metropolis 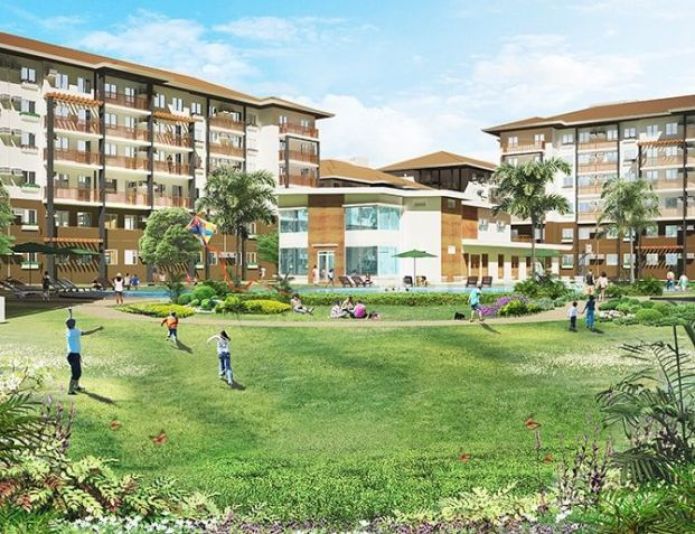 Our apartments in Laguna are available in a wide variety of sizes and set-ups. Many of them are studio units, or units with one or two bedrooms in modern high-rise developments. Some of these residential complexes come with amenities such as swimming pools, gyms, and full-time security. These are great for students, single employees or even small families seeking a home in this province. A number of these apartments are already fully furnished and ready for occupancy, thus making moving in so much more convenient.

Also available are apartments with multiple doors and sub-units ranging from five all the way to 16. These complexes are ideal for conversion to staff houses, small offices, or other commercial purposes. They can also be retained as residences for large family groups. These unfurnished tenements are available for reasonable prices.

One perk of moving to Laguna is the area’s convenience. These apartments are perfectly situated relatively close to the province’s commercial centers, as well as to the southern cities of Metro Manila. Our apartments are located in Santa Rosa, Calamba, Pagsanjan, Los Baños, San Pedro, and Biñan. These towns and cities are easily accessible via public transportation and are a short drive from the South Luzon Expressway and the Skyway. This thoroughfare provides ready access to the cities of Muntinlupa, Paranaque, and Las Pinas in Metro Manila.

A Province of Natural and Cultural Riches 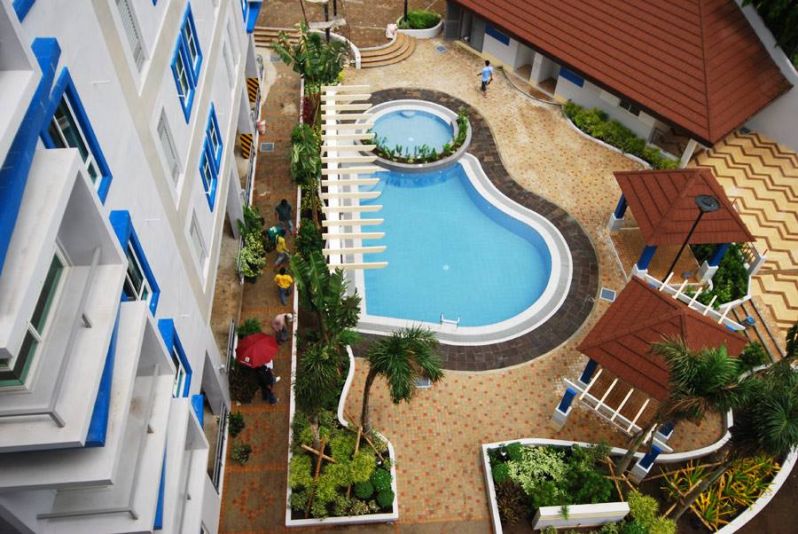 Today, Laguna has 24 municipalities and 6 cities, namely Cabuyao, Calamba, Santa Rosa, San Pedro, San Pablo, and Biñan. The province of Laguna shares a name with Laguna de Bay, the largest lake in the Philippines. The lake forms the northern boundary of the province, which is also bound by Quezon to the east, Batangas to the south, and Cavite to the west. Access roads and expressways make travel between these provinces very convenient.

Laguna is a primarily agricultural province, with many residents also engaged in the fishing industry in Laguna de Bay. Its fertile lands and predictable seasons have yielded much diversity in terms of crops. Commercial development has also grown in recent years, with twenty-one economic zones being established different towns. The BPO industry has also boomed particularly in the city of Santa Rosa, which is also encompasses a number of residential developments. Santa Rosa also is the home of several amusement parks such as Enchanted Kingdom, with its iconic Ferris wheel offering a sweeping view of the province and its environs.

Tourism also thrives in Laguna because of its various natural wonders such as San Pablo’s seven crater lakes, the Pagsanjan Falls, and the different hot spring resorts in the towns of Pansol and Los Baños. A man-made lake, Lake Caliraya, has also become a spot for water sports as well as camping. Several renowned peaks such as Mount Banahaw and Mount Makiling are popular destinations for mountain climbers and hikers. Mount Makiling also is the site of the University of the Philippines’ Los Baños campus as well as different parks and research institutes such as the International Rice Research Institute.

History and culture are inseparable from Laguna, which has a written history dating all the way back to its first settlements in around 900 CE. The province also has some of the oldest churches in the Philippines such as the St. James the Apostle church, established in the year 1578 in the town of Paete. Another well preserved church is the Saint Gregory the Great parish church in the town of Majayjay, dating further back to the year 1571. Laguna was also the site of several revolts against the Spanish colonizers, and the birthplace of the Philippines’ national hero, Jose Rizal. These historical events, and many others, are documented and celebrated in various historical sites and markers throughout the province.