House and lot For Sale in La Union

Langcuas, San Fernando
This is your chance to have one of the last remaining homes with panoramic mountain views yet still at the heart of the City! These are the compelling reasons you will love this home, and the location is only 12 minutes (3kms) to City Center! Property Features: UPSTAIRS - Masters Bedroom with toilet and bathroom (hot and cold shower) & Built-in Cabinets, and access to spacious balcony - 2 Bedrooms - 1 Common Toilet and Bathroom DOWNSTAIRS - Living Room - Dining Area - 1 Room which can be used as Maids Room or Pantry - 1 Common Toilet and Bathroom - Kitchen with mini-bar counter topped with granite. Ample cabinets - Dirty Kitchen with outside lavatory - Laundry Area - Garden - Covered Carport - Window and sliding doors with grills GREENS ALL AROUND Aside from the cool mountain view, the house has several pocket gardens for your green thumb. The Deck is designed to hold greens as well. *Price & availability are indicative, please call to confirm. Thanks!
₱ 4,500,000
4
Bedrooms
102 m²
Floor area
100 m²
Land Size
View More Info
Contact Agent

Spacious Bungalow with Swimming Pool and Guest House on Hillside

Bauang
This stunning home is now for sale! Enjoy an everyday vacation-feel in this spacious and relaxing home situated in the 1st class municipality of Bauang, La Union!  The main home is a sprawling bungalow, spacious interiors with large windows.  A separate guest house fronting the swimming pool is a plus for privacy of visitors.  The whole area has a well manicured landscape; the swimming pool is connected to a mini jacuzzi.  Parking is no problem as the lot area has much space. This semi-furnished home is close to the beach and mountain resorts, and is a quick 5-minute drive to the main national highwau. Accessible, yet private.  Spacious yet cozy.  Homey yet a lot of potential!
₱ 20,000,000
6
Bedrooms
550 m²
Floor area
1855 m²
Land Size
View More Info
Contact Agent

Sevilla, San Fernando
*UnionBank may, at any time, withdraw any of the properties listed above prior to the auction. *Availability of units and prices are subject to change without prior notice. *Payment of Creditable Withholding Tax (CWT) is for the Buyer's account. *Bids should be submitted together with the Php 20,000 Show Money (Manager's Check) no later than January 28, 2020.  *All winning bidders will be subject to credit checking. *Misprints should not be construed as misrepresentation of the property.
₱ 3,110,000
407 m²
Floor area
252 m²
Land Size
View More Info
Contact Agent

Baccuit Norte, Bauang
This property has been recently renovated and has 3 b/rooms, 2 bath, hot water in both. Western Kitchen/Dining/Living area, very spacious. Rooms are large, all with built in w/robes, air con, fans. Balconies up and down, with rear balcony enclosed. Well water, holding tank, insulated. Property is being sold fully furnished, furnishings only 2 years old. Small complex of 8 units, quiet area, just off highway, easy 15 mins to San Fernando, 5 mins. to Bauang. Great property, very spacious. Price has been reduced to P3,550,000 Please contact us on email only as we are overseas. We will provide Filipino contact. Please note: this property is now RENTED and no longer available.
₱ 3,550,000
3
Bedrooms
200 m²
Floor area
120 m²
Land Size
View More Info
Contact Agent

Philippines, La Union, San Juan San Juan
Located in SURFING CAPITAL OF THE NORTH, SAN JUAN LA UNION, Philippines! This beach house sits on a 600 square meter lot area. This 2 Storey house has 3 bedrooms, 2 toilets & bath, spacious living area and open kitchen. It has a glass wall which gives the house more natural light, aesthetic design and best part it is located in front of the beach. It also has a view deck where you can relax and enjoy the view. Details: Floor Area: 600 sqm Asking Price: 40M 4 Bedrooms 6 Toilet & Bath Kitchen 1 cottage Appliances are included For inquiries and request for site visit for this property, schedule an appointment with us today!
₱ 40,000,000
4
Bedrooms
600 m²
Floor area
View More Info
Contact Agent

Urbiztondo, San Juan
This beach house sits on a 969 square meter lot. It consists of a main house with 3 big bedrooms, 2 toilet & bath, spacious dining area and kitchen, entertainment room, servant's quarters. Above the entertainment room is a view deck. This has a centralized air conditioning system to cover the living room and dining areas. All rooms have their own air conditioning as well. It also has a centralized water heating system which includes the kitchen sink.The guest house has 2 bedrooms, a toilet & bath and a balcony with a view to the swimming pool. This also has air conditioning.At the end of the pool is a jacuzzi. The lawn is landscaped and has gazebos thereon. All furniture and appliances are included.
Contact agent for price
5
Bedrooms
400 m²
Floor area
969 m²
Land Size
View More Info
Contact Agent

Biday, San Fernando
Thank you very much for your interest in Tuscany Estates, the first and only premium Italian-inspired residential development in La Union, Region 1. You have contacted just the right person to give you a proper orientation about Tuscany Estates, and I would be more than glad to attend to any of your concerns. There is a real estate boom happening in Region 1 right now, and La Union is at the center of this major urban growth. As experts in the real estate and property development industry, we at RCL believe that the development of Tuscany Estates is very timely and you made the right choice to invest with us. Reasons to Invest in a Home at Tuscany Estates: Strategic Location Flood-free Development Gated Subdivision with 24/7 CCTV and Security Personnel Quiet and Exclusive Neighborhood Complete Lifestyle Amenities Fully-Fitted Kitchen Affordable Price and Flexible Terms Limited Inventory at 56 Units In your convinient time please do contact me if you have further question. Agnes Hazel A Almogela Account Manager
₱ 5,000,000
4
Bedrooms
131 m²
Floor area
81 m²
Land Size
View More Info
Contact Agent

Tammocalao, Bacnotan
The Best Features of this home is that it is a Bungalow - it's family friendy and with wide access road to and from the beach.  You can take a 5-minute brisk walk to reach the clean and blue beach of Bacnotan. The lot is spacious so you have room for a garden or convert to parking os several cars.
₱ 7,500,000
3
Bedrooms
200 m²
Floor area
750 m²
Land Size
View More Info
Contact Agent

House and Lot For Sale at San Fernando, La Union

Beautiful and Luxurious House and Lot for sale in Luna, La Union, Ilocos

Gaining Ground for Surfing and Tourism 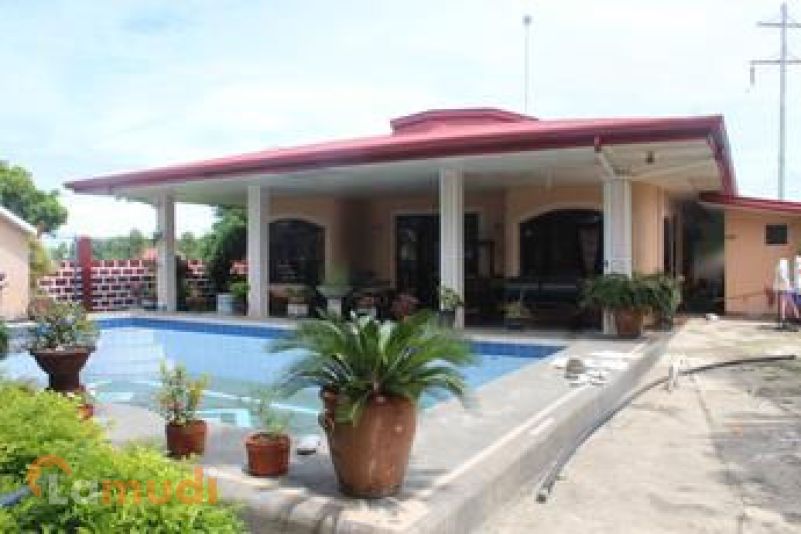 In the last decade, no coastal locale has arguably gained more popularity than La Union. With its coastline facing the South China Sea, its beaches have gained popularity among beginner surfers. It has many beach breaks, particularly in San Juan, La Union. Other notable surfing spots for more experienced lovers of the extreme sport include Carille and Monaliza Point.

It is undeniable that surfing is the primary purpose of most people who visit La Union. However, there are also other sites to see. There are the Botanical Gardens in San Fernando City, a 10-hectare facility preserved for its homegrown flora and fauna. There is also the exciting trek to Tangadan Falls, which features a 40-foot cliff diving area perfect for those seeking a more adrenaline-inducing adventure.

San Juan is not the only place where one can live in the province. There are other municipalities with booming industries, such as Agoo, Bacnotan, San Fernando and Bauang. The former Wallace Air Station in Poro Point is now a business and industrial area.

There are twenty colleges and five state universities around La Union. As for its transportation, one can get around the province using jeepneys, tricycles, mini-buses and rent-a-vans. It is four to five hours away from Metro Manila via the North Luzon Expressway and the Subic-Clark-Tarlac Expressway. Partas, Dominion, Farinas, Philippine Rabbit, and Viron buses are the bus lines that one can use to get to La Union.

Buying a House and Lot in La Union

For those who crave a life away from the city, be it families or those looking to invest, a house and lot for sale in La Union should be considered. Because of how the towns of La Union are being developed, it is clear that potential and prospective homeowners can invest in La Union because of its affordability. Prices will predictably rise in the future because of its development boom.

If one is looking for a home near the beach and away from the chaos of city life, one can buy a house and lot for sale in La Union for as low as Php2.6 million. Such prices are enough for a three-bedroom home with as much as 78 square meters of total land area.

For property seekers looking for a house and lot for sale in La Union who have more money to spare for a more luxurious property, Php25 million can buy a six-bedroom home with 440 square meters worth of total floor area and 1,180 square meters of total land area. Such a home includes three bathrooms, a swimming pool, and is about two to three kilometers from the popular surfing resorts of San Juan.

Find Other Properties in La Union