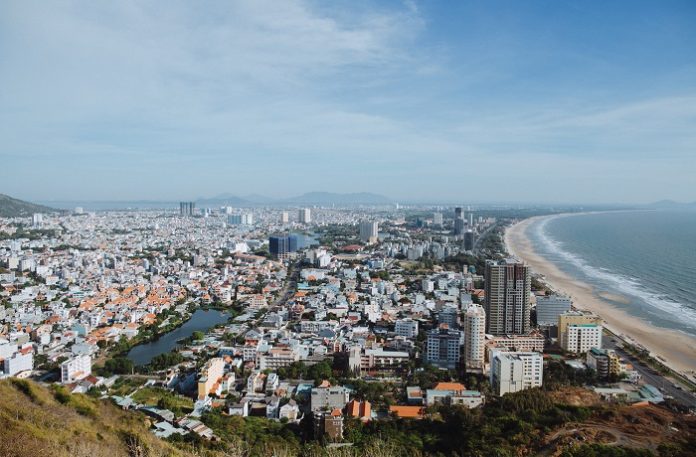 The real estate market is booming in Davao City. Mindanao’s fast-moving metropolis is shaping up to be a prime investment destination in the country

Investors are closely following Davao City’s rapid growth. This is natural due to the prospective influx of government projects headed its way well into 2022 and beyond. At present, the Davao Regional Development Plan (DRDP) for 2017 to 2022 aligned with National Economic Development Authority’s (NEDA) AmBisyon Natin 2040 initiative is the clearest indicator of the city’s continuous development.

Real estate developers as well are aggressively betting on the “King City of the South”. This is evidenced by the multiple projects that have just recently launched, are presently under construction, or very recently turned over. Once the dust settles (if it ever really will), the so-called Crown Jewel of Mindanao could possibly rival any of the more developed cities of Metro Manila. Here are some new developments that could help push this likelihood into an undeniable reality.

A joint venture between ALI and the Alcantara Group (AG), Azuela Cove is situated on a vast 25-hectare expanse in the Lanang area. It is right on the waterfront of the Davao Gulf and close to the beautiful Samal Island. The master-planned mixed-use community will contain all the necessities of quality living.

Ayala Land plans for Azuela Cove to become the premier waterfront address of the south. It will have a cohesive balance of residential, office, commercial, and retail properties within the development. There will be many things to watch out for as this ALI development takes shape.

Among them is St. Luke’s Medical Center, one of the top healthcare providers in the country. The Shops will have an estimated 4,000sqm of leasable space. Another feature, The Tent, is a 2,000sqm event space that will draw in visitors who have something to celebrate. There will also be fields and facilities dedicated to The Hub, a sporting center that would have a complete range of athletic and recreational activities.

This Php20-billion project is estimated to take eight to ten years to complete. Ayala Land Premier is taking the lead as it embarks on The Residences at Azuela Cove, the Ayala subsidiary’s first residential development in Davao. The two-tower development promises low-density living; in fact, the North Tower has only 70 units distributed across 21 floors. Those who would like to take advantage of the almost certain property appreciation in the area might want to consider this development.

Property giant Megaworld is one of the first companies to take advantage of the growth potential of the city. As early as 2014, it had already earmarked Php15 billion to develop an 11-hectare area in the vicinity of SP Dacudao Loop. Called Davao Park District, it will possess the brand’s proven live-work-play-learn concept, comprising office towers, condos, a mall, commercial and retail strips, open parks, a lagoon, and a school.

Early this year, Megaworld announced that it would develop Davao Park District into an iTownship, which would integrate digital technology, connectivity, and design innovations into the project. This “smart township” in Davao will also fuse elements of energy efficiency, mobility, and security.

The township will have information technology as its focus. It will initially have three office buildings, with more to follow. The much-awaited Davao Finance Center will be 14 stories high and have 26,000sqm of office space housing multiple BPO offices. The other two buildings named One Republic Plaza and Emperador House will have a leasable floor area of 18,000sqm and 10,000sqm, respectively. Megaworld estimates completion towards the second to third quarter of 2018.

The country’s leading mall operator announced as early as the first quarter of 2017 that it will be entering into the residential real estate market of Davao City. It seeks to put up four buildings measuring eight stories each within a 2.5-hectare portion of SM City Davao (Ecoland).

There will also be a five-level structure containing parking space, leasable commercial spaces, and food stalls. These developments are in line with turning the entire 13-hectare complex into a community that follows SMDC’s eat-play-and-live concept. Construction was targeted to begin around October last year, though more official updates are anticipated to come for this project.

SM already has two malls in Davao City. The other one is SM Lanang Premier, which opened in September 2012 and is astoundingly larger than SM City Ecoland. It plans to construct a third mall here, further underscoring the brand’s confidence in the city’s growing business environment.

Another real estate developer capitalizing on the booming IT sector is Robinsons Land. Its PEZA-registered IT Center named Robinsons Cyberpark Davao sits on 1.2 hectares of prime property along J.P. Laurel Avenue. This is easily accessible since its location is along one of the major roadways of the city.

Its first office building, Cybergate Delta, opened towards the end of 2017. It is five stories high with an estimated 11,500sqm of fresh leasable office space. The round-the-clock security with fully supported electrical capacity ensures a stable operating environment for its BPO tenant market.

This office development was in line with RLC’s push last year to create close to 400,000sqm total leasable office space.

Not to be left behind is the fast-rising development along Ecoland Drive. Verdon Parc, a master-planned community offered by DMCI, is a mixture of mid-rise and high-rise buildings within a modern tropical concept. The 29,775sqm property will have four residential condominiums set against lush greenery and vibrant swimming pools.

The first building to be completed Verdon Parc was The Martel, which was finished in the first quarter of 2017. The high-rise tower Belvedere, on the other hand, was about 30 percent complete as of March 2018. By the same period, the third building Trevans was at 10 percent completion, while the fourth building Maurin was at six percent.

Once complete, these potential additions to Davao City’s skyline hope to create authentic resort-style living in the center of the thriving metropolis. It has a good chance of doing so with the combined views of Mt. Apo and the Davao Gulf, coupled with Verdon Parc’s greenery and water features.

Why Congressional Avenue is an Enviable Location

Laid-back Luxury: Why You Should Move to the South

Why This Self-Sustaining Community Attracts Investors