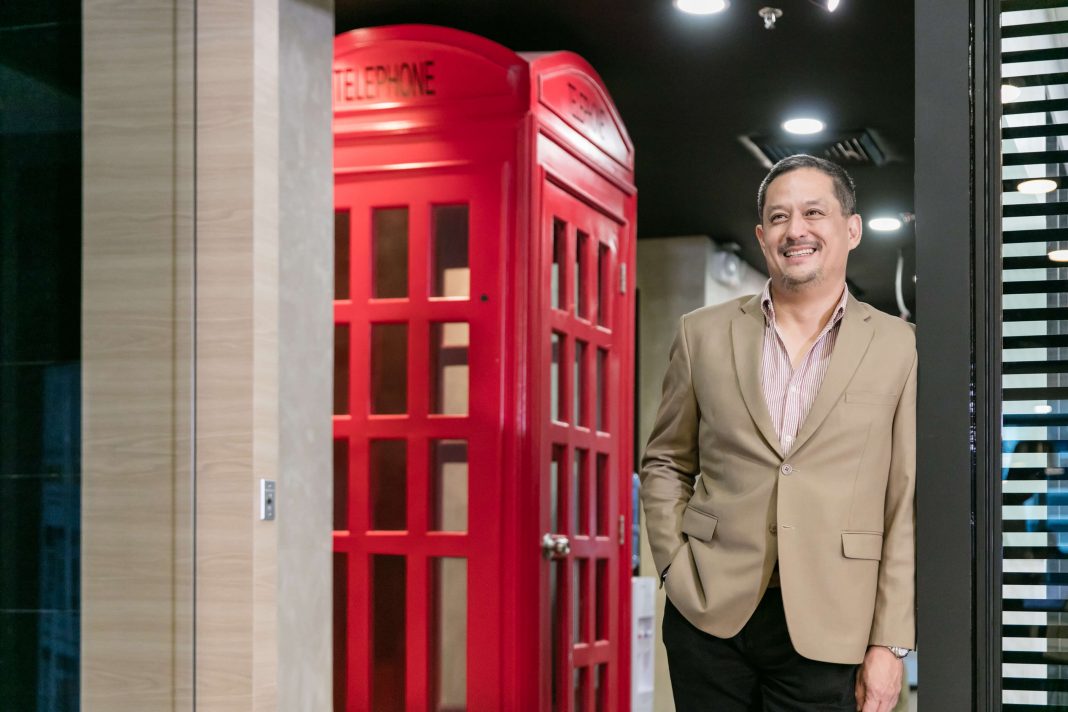 On the House is a series of casual interviews with Philippine real estate leaders about the stories behind their personas. Lamudi’s very own CEO, Bhavna Suresh hosts the dialogues over a drink or two. Watch the videos here on our platform or listen to the podcasts in Apple Podcast and Spotify.

Today’s guest is Raphael “Pete” Felix, Senior Vice President and Chief Operating Officer of Phinma Properties, and President of Subdivision and Housing Division Association, Inc. (SHDA). Much like vodka, his choice of drink, Pete’s no-fuss and straight forward character is welcoming of external influences, reflective of his take on clutter and the concept of mentoring.

If you’ve been following property news, you’re more likely familiar with Phinma Properties, the property arm of Philippine conglomerate, PHINMA Corp., that is now going into building co-living spaces after it ventured into co-working developments and has gained a well-established reputation in the affordable housing segment. But one aspect about the company you definitely need to know better is the cool personality of its big boss and his take on some real estate issues.

Bhavna and Pete talked about how the real estate industry has evolved through time and the bright prospects ahead, along with regulatory bottlenecks confronting many developers nowadays. In particular, Pete shared that what makes investing in real estate a tedious process in the Philippines is the regulation that is “so antiquated.”

“It’s not in tune with the times. Everything is law. Even the design standards are a law, so that’s the saddest part of it,” he noted while comparing the process with the U.S., where he had done real estate too.

“U.S. regulation is easy. There’s a checklist of things. And as soon as your checklist is complete, you bring it there, and it’s done. Here, there’s always something missing. They can never get it right. There’s always a problem. There’s always ‘this missing,’ ‘that wrong.’ That’s why it’s a very tedious thing here,” he explained.

On a personal level, Pete also shared how real estate has become a comfort zone to him, how he hated clutter, how he spent his first-ever check, why he doesn’t believe in best practices in guiding someone to success, and more.

Pete said: “To a certain extent, I’m not a believer of best practices. Best practices are a good statement at a given point in time. But if you stick to just the best practices, then you lose the ability to innovate.”

PHINMA Property Holdings Corporation (PHINMA Properties) is a real estate developer that has a well-established reputation as one of the pioneers in affordable housing options in Metro Manila. As a subsidiary of leading Philippine conglomerate, PHINMA Corp., the company creates residences that cater to a broader market of Filipino families, combining affordability, convenience, and quality in well-built medium-rise condominiums.

4 Key Features of a Home that Promote Health and Wellness

Starting Over in Iloilo: This Exclusive Community is Your Next Home

Living in a Modern Zen Development is Good for Your Health

Find a Worthwhile Christmas Vacation Home in this Iloilo Community