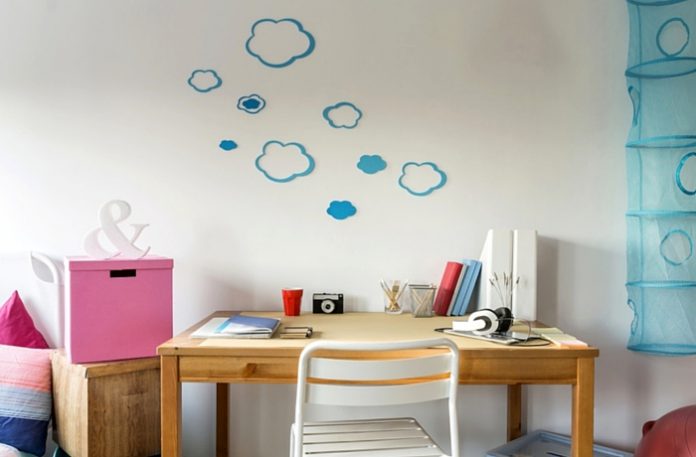 These days, condos in Metro Manila are being built close to pretty much everything, and that includes colleges and universities, so it is not that difficult to find one that’s practically a stone’s throw away from the front gate of your school. These real estate projects are also quite accessible to various malls, hospitals, stores, banks, and restaurants, making them attractive to young professionals, newlyweds, and starter families. With price tags that are more than reasonable, it is no wonder more parents are opting to buy a condo unit for their college-bound kid than have them rent in a traditional dorm or boarding house. Another perk of owning a condo that’s so conveniently located close to colleges and universities is that it will not be hard to find a tenant should you choose to move out after graduation.

Lamudi Philippines has put together a list of condos near Metro Manila’s university and college districts.

Although technically not an official district, Manila’s University Belt (or U-Belt) is a well-known place even to non-residents of the capital due to the presence of many colleges and universities here, many of which were established during the Spanish colonial times. Among the well-known schools who call U-Belt home include the University of Santo Tomas, Far Eastern University, University of the East, and National University in Sampaloc District; and San Beda College, Centro Escolar University, Arellano University, and La Consolacion College Manila in San Miguel District.

If you plan to attend one of these schools, then you might also want to check out the condos below.

Situated along G. Tuazon Street in the Sampaloc District of Manila, Forbes Hall by relatively new real estate developer DEI Properties is close to the district’s many colleges and universities, including National University, the University of Santo Tomas, and San Beda College, to name just a few. It offers units that come with student pods, all-in-one furniture that is efficiently designed with students in mind. A 15.2-sqm unit that accommodates three students starts at Php1.5 million.

Situated along Galicia Street in Sampaloc District, University Tower II is a 32-story residential and commercial condo that offers convenience to busy college students. Its ground-level commercial area has a convenience store, Laundromat, and coffee shop, while the condo itself has a swimming pool, lounges, and study areas exclusively for residents. A 17-sqm studio unit in University Tower II is currently listed on Lamudi for Php1.63 million.

The single-building Crown Tower University Belt by Vista Residences has 25 floors and offers 692 studio, one-bedroom, and tandem units to meet the space requirements of any resident. The development also helps instill independence by providing features every college or university student needs, such as an Internet café, a Laundromat, and a Wi-Fi-enabled library. A studio unit measuring 22 sqm is currently listed on Lamudi for Php2.6 million.

Perhaps second only to U-Belt in terms of the number of educational institutions, Taft Avenue, which runs north to south from Manila to Pasay, is home to some of the country’s best schools. These include the University of the Philippines Manila, which houses the premier state university’s colleges of Medicine, Nursing, and Dentistry; De La Salle University Manila, College of Saint Benilde, Saint Scholastica’s College, Saint Paul College, Philippine Women’s University, Arellano University School of Law, Philippine Normal University, and Pamantasan ng Lungsod ng Maynila.

Below are some of the condos that line this busy thoroughfare.

2 Torre Lorenzo is the second Torre Lorenzo project along Taft Avenue, and just like its predecessor it is intended toward student-occupiers attending colleges and universities in this Manila area. It offers studio, one-bedroom, and two-bedroom units and its amenities include a swimming pool, fitness gym, and a study lounge. Units start at Php2.7 million.

A development by SMDC, Green Residences sits right beside the De La Salle University (hence its name). It rises 50 stories high and offers an astonishing 3,378 units ranging from 15.65 to 43 sqm. Six podium levels are dedicated to parking spaces, while the eighth floor houses the condo’s amenity area. A 23-sqm studio unit in Green Residences is currently listed for Php2.164 million on Lamudi.

Built by Ayala Land subsidiary Avida Land, this three-tower development is situated at the more quiet and peaceful section of Taft Avenue in Pasay. Unlike nearby condos intended for students, this development offers fewer units per floor, making it appropriate not just for students but also for small families. A two-bedroom, 52-sqm unit here is currently listed on Lamudi, and being offered for Php5.4 million.

Developed by New San Jose Builders, Victoria de Manila 1 and 2 is close not just to Taft Avenue’s many schools, but also to Malate District’s famous bars and restaurants. The condo’s amenities include a full hardwood basketball court, a tennis court, several badminton courts, and an Olympic-size swimming pool. A two-bedroom, bi-level unit measuring 40.77 sqm is currently listed on Lamudi for Php3.5 million.

Developed by DMCI Homes, La Verti Residences is a two-tower, 35-story high-rise condo situated in the quieter section of Taft Avenue in Pasay. Its units range from 27-sqm studios to 75-sqm three-bedroom apartments, while its amenities include lap and kiddie pools, a lounge area, landscaped gardens. Its west-facing units have views of the famed Manila Bay sunset. A 37-sqm unit in La Verti Residences is listed on Lamudi for Php2.8 million.

Although R Square Residences is situated in a university area, this condo can be considered as relatively high-end compared to other condos along Taft Avenue. In fact, its units range from student-friendly 20 sqm to 115 sqm perfect for small families. The development has a three-level commercial podium, which when completed will house a supermarket, food court, and plenty of restaurants. A 26-sqm unit at R Square Residences is currently listed on Lamudi for Php2.868 million.

A very busy street that runs north to south in Quezon City, Katipunan Avenue is lined not just with exclusive villages but also some of the Philippines’ most well-known universities and colleges, including the University of the Philippines Diliman, Ateneo de Manila University, Miriam College, and Philippine School for Business Administration. The area is also a busy commercial hub, with UP Town Center and Eastwood City both a stone’s throw away.

Rising from a 4,235-sqm property along Katipunan Avenue in Quezon City, SMDC’s Blue Residences is a 40-story residential tower that houses over 1,500 studio and one-bedroom units. Taking a break from midterm cramming is easy with amenities, such as a student lounge, a roof deck lounge, an amenity lounge, and a swimming pool. If that is not enough, residents also get to enjoy the relaxing views of the Quezon City, Ortigas, and Antipolo skylines. Studio units are 26.3 sqm in size and are sold starting at Php2.2 million.

Situated along Katipunan Avenue near the corner of Escaler Street (in front of Ateneo De Manila University), Berkeley Residences is a 35-story condo by SMDC comprising approximately 1,276 units (ranging from 20 to 78 sqm) and 333 parking slots. The condo’s ground level is occupied by commercial establishments, such as a local branch of BDO and a Savemore supermarket. A 40.67-sqm, two-bedroom unit is listed on Lamudi for Php6 million.

Why Congressional Avenue is an Enviable Location

Laid-back Luxury: Why You Should Move to the South

Why This Self-Sustaining Community Attracts Investors