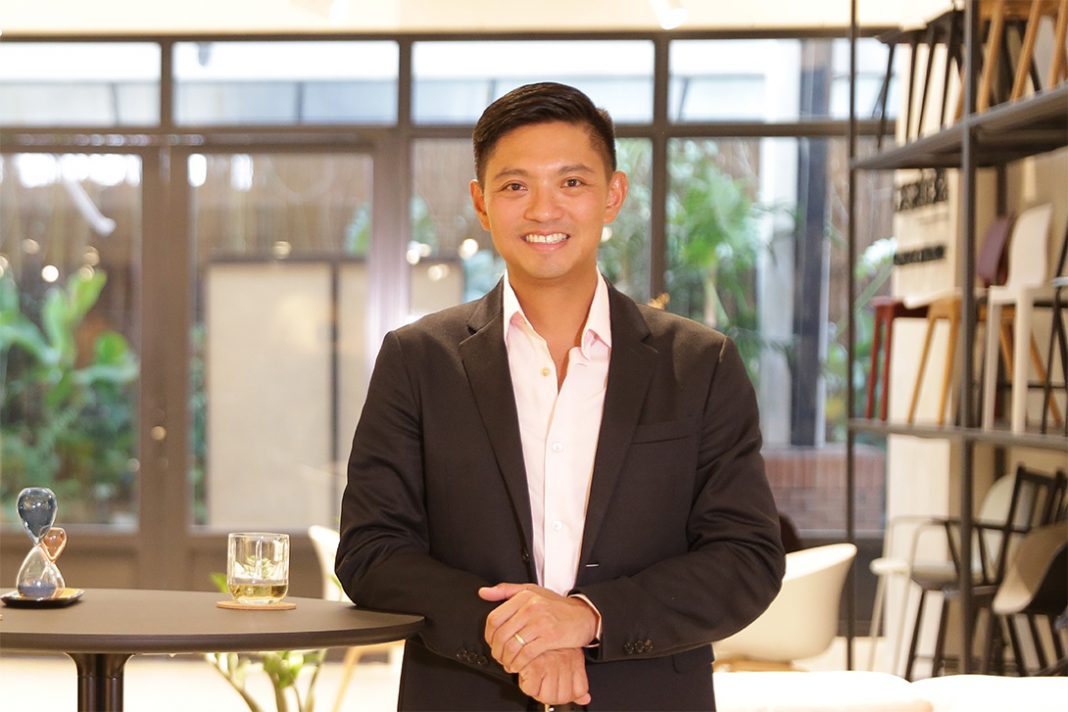 On the House is a series of casual interviews with Philippine real estate leaders about the stories behind their personas. Lamudi’s very own CEO, Bhavna Suresh hosts the dialogues over a drink or two.

Today’s guest is Cary Lagdameo, Vice President of Damosa Land, Inc. Most likely described as a serious guy by his peers, Cary’s persona is anything but somber. His experiences in Manila, Davao, and abroad have contributed to his holistic approach in business and in life.

To start off the conversation, Bhavna asked Cary what the one question he’s tired of answering [0:22]. As Cary’s job demands him to go back and forth Manila and Davao weekly, he shares that he always gets “How’s Davao?” from his friends and family. His passion for his work allows him to answer the question differently each time, saying he hasn’t tired of it and that he still gets excited sharing with others the progress with his work, and all that’s going on in Davao.

It was only five years ago when Cary has moved to Davao [1:07], and although Manila is always home, Davao is now a close second. According to Cary, Davao has changed so much over the last decade [1:26]. He shared how he used to find Davao’s progress a bit slow compared to when he was younger and living in Manila, and during his short stay abroad, and how much faster it has grown.

Bhavna then asked if he always knew he’d come back to the Philippines and to his family’s business [2:25] after staying in New York for his MBA. He says that his heart is in the Philippines. He shared that he always thought he’d be in the banking industry and be a “numbers-finance-banking guy”, but that changed about five years ago when he took the reins on Damosa Land. He made a short stint working in a bank right after college. Now, he says being a numbers guy will always be a useful tool [3:15]. “I think that any entrepreneur would need that finance or that numbers sort of background to be successful,” he says casually.

Now on the topic of gutfeel and businesses, Bhavna then asks Cary how much gutfeel is acceptable in businesses. Cary lightly says that now that he’s in his family’s business, he can’t use as much gutfeel as he’d like, but a good 10-15% is acceptable. On starting new businesses, Cary advises that you can’t solely rely on gutfeel. He says that one must have a calculated approach, a feasibility study, a business model, and that it’s important to keep going back to the numbers [5:04]. He tells young entrepreneurs that one has to have that balance between trusting your gut and making strategic decisions.

According to him, successful entrepreneurs have to be market-driven – oftentimes they introduce products the market doesn’t know or doesn’t know yet that they need, and a lot of times, they happen by accident. He says it’s a tough balance of success and failures. Cary shares he looks up to the likes of Jack Ma, Richard Branson, and Steve Jobs, who’ve all managed to make their respective markets believe that their product is what the market needs [8:14]. He also believes that customers prefer to see a face behind the product, that’s why brands like those of his idols have succeeded. He says it helps customers associate the heart and soul with that of the product.

Bhavna then asks what kind of entrepreneur Cary would like to find himself as [10:08]. Cary says with his fair share of successes and failures, he’s now a more cautious, smarter entrepreneur, compared to what he was 10 or 20 years ago. He says reality has struck him many times – at first, he said it was unfortunate, but quickly corrected himself and said it was actually fortunate because it’s always a learning opportunity.

“I guess it’s easier said than done, but you just have to try again,” Cary professes when asked how he deals with failures [11:19]. He says you have to try again and be better. Cary says mistakes can be humbling and one needs to have a “don’t fail” mindset coming back from a failure, and think of it as something you had to go through to get where you are.

Cary then looks back at his first job – he started young and worked for two summers at the Philippine Stock Exchange. He says he always imagined himself as a hotshot stockbroker or banker. Back in the ‘80s when he started working, the stock exchange was just beginning to boom, and so it was cool then to have been able to work there. He says he was inspired by Hollywood movies like Wall Street and Boiler Room. He also shares he probably had a night out when he earned his first buck [12:57].

He then shares the one thing he always tells his two kids [15:22]. He says “work hard, but always have fun.” He believes in letting his kids have their own ups and downs so they can learn from it. To close, Bhavna asks Cary what he thinks the world defines him as, in one word. “Serious,” he quickly answers. And when asked how Cary would define himself, he says “fun.”

Some food for thought from the big boss: “If we’re not having fun working or coming up with a new project or whatnot, then why do it?”

Damosa Land, Inc. is a real estate developer in Mindanao and part of the ANFLOCOR Group. Since the 1940’s, the company has been uplifting the lives of Davao residents with their projects but continues to innovate with each passing year.