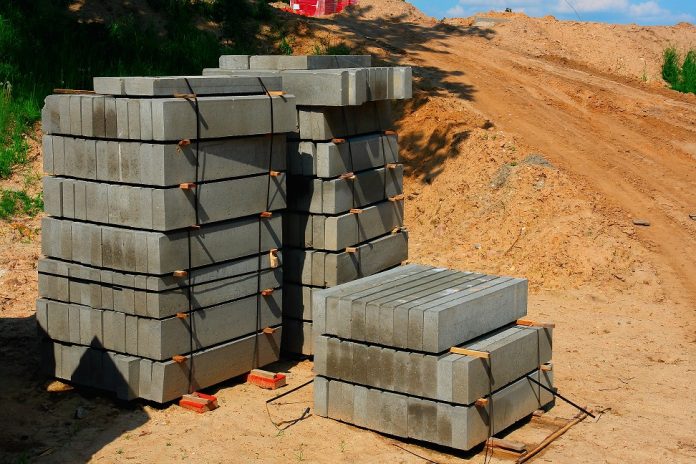 The Taal eruption ashfall has literally made a lot of areas in the CALABARZON region gray. Although the gloom disrupted the daily life of residents, some found a way to turn tragedy into opportunity.

The city government of Biñan, Laguna put thick layers of volcanic ashes to good use, producing bricks that can be used for the construction of buildings, Philstar reported. The mayor of the locale, Walfredo “Arman” Dimaguila Jr., was the mastermind behind the eco-friendly idea.

According to CNN Philippines, the production of the bricks involves mixing volcanic ashes with recycled plastics, white sand, and cement. The initiative served as an extension of the solid waste management program in place at the locale. As an assistance to rebuilding towns, the bricks will be delivered to Taal-hit areas, including Calaca, Lemery, and Agoncillo as soon as the situation becomes safe.

In the Philstar report, the city government started initial clean-up operations the day after the eruption, gathering dry ashes on the major and secondary roads. The following day, there were clearing initiatives as well on 24 barangays. The group used six compactors and four sweepers, and mobilized thousands of volunteers. They delivered the ashes to the Material Recovery Facility in Barangay Tambo, which were turned into eco-bricks.

Several netizens praised the municipality’s resourcefulness and commended the Filipinos’ resilience over calamities.

The municipality of Biñan has been implementing eco-friendly practices long before the Taal eruption, according to the Philippine Information Agency (PIA). In fact, because of their programs, they have been a recipient of Platinum Recognition for two consecutive years in the Environmental Compliance Audit (ECA) Awards under the Department of the Interior and Local Government (DILG).

The government envisions a city where infrastructures, including public schools, sidewalks, roads, and even drainage canals, are built with eco-bricks.

As waste reduction becomes a pressing need, similar environmental practices can be seen in different municipalities all over the country. Here are some locales implementing this:

The government opened its eco-bricks hub facility in September 2019, according to Politiko. The facility manufactures blocks made from different kinds of plastic waste. Shampoo sachets, chip bags, and other junk items go into a grinding machine to be pulverized. The powder-like material, mixed with sand and cement, passes through a molding machine, creating bricks.

The main objective of the program is to protect the environment from further pollution brought by non-biodegradable materials. It was Nestlé and Green Antz Builders Inc. that turned over the eco hub.

The first-ever eco-park in Bataan spans 8.1 hectares. Located in Barangay Munting Batangas, it holds recycling programs, like the production of charcoal briquette, coco mats, and decorative blocks, as shown in a Manila Standard report. Eco-bricks are also among the items the park manufactures.

What’s more interesting in this facility is that it is previously a sanitary landfill. The City Environment & Natural Resources Office (CENRO) planted earth-balled trees in the area to make it an eco-park. The barangays in the area have their own Materials Recovery Facility, which does the segregation of waste before going into the landfill.

This city served as the pilot testing site of San Miguel Corporation (SMC)’s “plastic roads,” as it housed the multinational company’s logistical center. According to CNN Philippines, the corporation used 900 kilos of recycled plastic, serving as a binder with bitumen to create the asphalt. It was laid on a 1,500 square meter road.

According to a third-party lab test, the plastic road surpassed the standards of the Department of Works and Public Highways (DPWH).

In a report by the Philippine News Agency (PNA) last September 2019, the municipality of Arteche created over 21,000 eco-bricks, a result of gathering large volumes of plastics in the previous years. The total number of materials corresponds to more than 5,000 kilograms of waste recycled.

The program encouraged participation from young people, as the trash they were able to gather was rewarded with school supplies. Meanwhile, for wastes and eco-bricks collected in schools, teachers were the ones who distributed the supplies to students who could not afford classroom materials.