House and lot For Sale in Iloilo, Iloilo Jaro, Iloilo
*UnionBank may, at any time, withdraw any of the properties listed above prior to the auction. *Availability of units and prices are subject to change without prior notice. *Payment of Creditable Withholding Tax (CWT) is for the Buyer's account. *Bids should be submitted together with the Php 20,000 Show Money (Manager's Check) no later than January 28, 2020.  *All winning bidders will be subject to credit checking. *Misprints should not be construed as misrepresentation of the property.
₱ 15,790,000
690 m²
Floor area
640 m²
Land Size
View Info
Contact Agent Jaro, Iloilo
The newest Landmark in Jaro Iloilo City - Salas Real, along Quintin Salas, Jaro Iloilo City, offers you convenience, security and accessibility to every Homeowners that their money worth of investments. Angelina house - 4 bedrooms, 2 toilet and bath, with carport and balcony, starts for only 20,000 to own a home. Corner lots near clubhouse and amenities are still available. Reserve now and availa FREE 1hp split type inverter and 1hp window type Aircons upon move-in! Promo is only until Feb 28, 2021 to avail. Message us now for payment details and house viewing. *deal only with licensed Real Estate Broker to protect your investments. House property for sale in Jaro, Iloilo, Iloilo
₱ 5,066,901
4
Bedrooms
79 m²
Floor area
161 m²
Land Size
View Info
Contact Agent

Bungalow House And Lot for Sale

Jaro, Iloilo
Live in an extraordinary community, not just gives you a home of your own, but with convenience for accessibility of transportation, markets, malls, schools, government offices, family leisures. Hurry! Avail our FREE FENCE and GATE upon turn-over! Only 10% downpayment payable in 12 months at zero interest. Start to own this corner lot house for 15,000 only And a Discount of 30,000 for your equity. You can also apply for longer downpayment terms subject for approval. FREE SPLIT TYPE and WINDOW TYPE Inverter A/C 1HP upon move-in, just message and arrange with us for your house viewing and reservations. RESERVE NOW to avail our June 2021 Promo! House property for sale in Jaro, Iloilo, Iloilo
₱ 4,011,688
3
Bedrooms
56 m²
Floor area
120 m²
Land Size
View Info
Contact Agent

Balabago, Iloilo
A Single-Storey, 2-Bedroom House and lot are currently on pre-selling in Northville Subdivision, Balabago, Jaro in Iloilo City.  The floor area of the house is 67.14 square meters that sits on a 100 square meter land area.  The house includes 1 toilet, living room, dining room, kitchen, and carport for one vehicle.  Northville Subdivision is easily accessible from the city center.  It is also proximate to the gateway going North Coastal / North Central lanes of Iloilo through the Coastal Road, as well as going South Coastal Iloilo by way of the Circumferential Road.  Interest parties may contact the number and email address provided.
₱ 2,900,000
2
Bedrooms
67 m²
Floor area
100 m²
Land Size
View Info
Contact Agent

2 Storey, 5 Bedrooms House and Lot For Sale in Villa, Iloilo

Tacas, Iloilo
AMENITIES & FACILITIES A perfect mix of modern and history. Inspired by the cultural evidence of the Spanish colonial era that has been part of our Philippine history, Casa Mira Iloilo is a modern abode that reminds us of our rich Filipino culture through its composition. It’s design and architecture mimic that of the Bahay na Bato that is one of the most iconic historical places in Iloilo. Landscaping Perimeter fence Main entrance with guardhouse Courtyard Mini parks Children’s play area Kiddie pool Basketball court Swimming pool Clubhouse Chapel Townhouse A 2 bedroom | 1 powder room | 1 Toilet and Bath | Balconette | Carport 42 square meters For more details, please contact: ARLEEN DE GUZMAN – VIRAY, REB, CLS PRC No. 16861 until 03/18/2022 PTR No. 7298428 valid until 1/22/2022
₱ 2,800,000
2
Bedrooms
42 m²
Floor area
View Info
Contact Agent

House and Lot For Sale in Iloilo

Molo Boulevard, Iloilo
"All properties are offered on “As-is, Where-is” basis. Titles of properties are either under Seller’s name or under various stages of consolidation in the Seller’s name. Interested parties are therefore advised to check the title, the physical and legal condition of the property. Vicinity maps, lot and floor areas are approximates only. Property details including the lot plans and pictures, prices, and terms are subject to change without prior notice. The Seller reserves the right to pull-out any property anytime. Changes in prices are subject to the sole discretion of the Seller. The Selling Entity accepts no liability for the content of this communication, or for the consequences of any actions taken on the basis of the information provided. Interested buyers are reminded that all property is being offered for sale on an “As-is, Where-is” basis, and are advised to conduct their own due diligence."" W/out Possession
₱ 1,800,000
50 m²
Floor area
36 m²
Land Size
View Info
Contact Agent

House and Lot for Sale in Iloilo City

Tabuc Suba, Iloilo
Secure your family to let them safe at home!check our Ready for Occupany units in Tabuc Suba, Jaro, Iloilo City, which is just few meters to National Highway.A 4-bedroom house, with master’s toilet, shared toilet and bath, and powder room, with balcony and provision for carport. Only 25,000 to reserve, downpayment is payable in 12months at zero interest.Loanable amount can be applied thru Bank or Pag-ibig financing. As low as 27,380 for 30yrs term thru Pag-ibig. FREE SPLIT TYPE AIRCON in Master’s Bedroom.Message us now for house viewing and reservations.
₱ 3,900,000
4
Bedrooms
100 m²
Floor area
98 m²
Land Size
View Info
Contact Agent 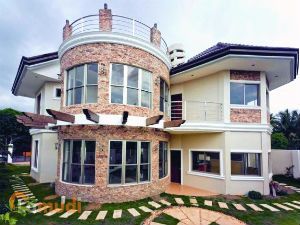 House and Lot for Sale in Iloilo, Iloilo: A City on the Rise

Purchasing a house for sale in Iloilo, Iloilo is ideal if you want to experience the best that the city has to offer. The capital city of Iloilo Province, Iloilo City is the center and business hub of the Iloilo–Guimaras Metropolitan Area, Western Visayas’ regional center, which is an agglomeration of 11 municipalities in Iloilo Province (namely, Pavia, Oton, Leganes, Santa Barbara, Cabatuan, San Miguel) and Guimaras Island (namely, Jordan, Buenavista, Nueva Valencia, San Lorenzo, and Sibunag). Together, the metro area has a population of 2,361,042 based on the 2015 census.

The city itself is actually a conglomeration of former towns around the city during the Spanish colonial times. These former towns are now geographical districts, consisting of Jaro, Molo, La Paz, Mandurriao, Villa Arevalo, and Iloilo City Proper. In 2008, the district of Lapuz, which was formerly part of La Paz, was declared the city’s seventh district. These seven districts are further subdivided into 180 barangays.

Iloilo is a shopping mecca and Western Visayas’ center for education, being home to eight highly esteemed colleges and universities and a number of shopping malls. 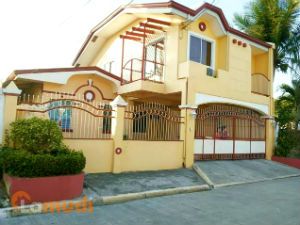 Iloilo City is home to many residential subdivisions and gated communities that cater to homebuyers with different budgets, such as Salas Real in Jaro, Iloilo by ACM Landholdings Inc. This subdivision is one of the most highly accessible projects to essential landmarks such as Savemore, Angelicum School, Jaro Cathedral, Robinsons Jaro, and Iloilo Mission Hospital. Houses in this project range from a 56-square meter three-bedroom house to a 79-square meter four-bedroom home. The price of an Iloilo house and lot for sale in this area ranges from PhP 4,100,000 to PhP 4,800,000 for bare units. A fully furnished house and lot for sale in Iloilo, Iloilo can start at PhP 5,000,000 while the price of mansions can go for as high as PhP 11,000,000.

Why Buy A House and Lot in Iloilo, Iloilo

Buying a house and lot for sale in Iloilo City is an excellent housing option for those who want to experience the calm tranquility of the province and the urban convenience of the city. You’ll be situated near several natural attractions, while also being located close to shopping malls, office hubs, and prestigious schools.

Furthermore, when Megaworld Corporation’s Iloilo Business Park—a 72-hectare integrated township set to rise in the former airport in Mandurriao—is completed, it will host the developer’s first lifestyle mall in Western Visayas. Once this project is completed, you can expect the prices of real estate properties in Iloilo to increase.

Although Iloilo City was economically eclipsed by Bacolod and Cebu City in the last few decades, the city has successfully revitalized itself over the last few years. It is now the hub for trade, commerce, finance, technology, medical tourism, hospitality, real estate, and education in Panay Island. In fact, Iloilo is one of the country’s leading cities for the business process outsourcing (BPO) industry.

Find Other Properties in Iloilo