House and lot For Rent in Iloilo

House and Lot For Rent at Pavia, Iloilo in Providence

Namocon, Tigbauan
This is a rare gem of a property. A newly built residential or vacation home set in almost 1,000 sq m tropical garden. It has an open living, resort-style lay-out and just a 2 minute walk to the sea.* LIVE and/or WORK from/or commute from home in this relaxed environment surrounded by nature. Overseas retirees, family long-stay holiday makers, work from home business suit this place.The property has 4 bedrooms and is composed of two single detached cottages. The main self-contained cottage has 2 bedrooms, a lounge/kitchenette and a large open living resort style balcony. It has its own lush garden enclosure, a spa hut for your massage and beauty regiments and an outdoor spa bath tub and shower. The extension cottages at the rear have two bedrooms with a small balcony separated by a cute pocket garden. The property has a main kitchen which is a detached building that service all the cottages. It is well equipped and has been built to superior international standard and safety. There is ample space for storage.Amenities in this very exclusive property are the spa hut with stone bath tub and shower, vine and flower clad trellis with BBQ pit and a well-kept spacious open garden. There is a self detached multi-purpose room built with indigenuous materials that can be utilised as a home office and for small meetings.... Use it to entertain (sing-along, as a dance floor, play darts, pool/ping pong and board games) ....Or as a children's playroom....exercise gym, meditation room and dining. You may simply relax or enjoy some cable TV programmes or movies in this apltly described multi purpose room which has its own toilet.There are plenty of spaces for outdoor and indoor entertainment, dining and running around. You can enjoy the spacious grassy front garden to even play badminton, volleyball, mini football, croquet, archery and lawn games. This place encourages you to play, bond with your family and friends. Keep fit by nurturing your mind and body. Food option is always fresh with the organic garden just ten minutes by foot and the local market in the nearby township shall enthrall you with its daily fresh seafood catch, meat, fruits, vegetables, local delicacies and savouries.The property is exclusive, private, safe and well secured. It is a 2 minute walk from our gate to the nearby beach which requires a separate access. Although, it is near the sea, it is sheltered and is not situated in a typhoon prone location which can be a consideration when you are looking for a place to spend your holiday in the Philippines.Rental includes house cleaning and garden upkeep.The property is within an hour's drive from Iloilo airport, seaport, shopping and business centres. The local township for fresh, organic and dry goods is 5-10 mins. Tours, diving, golf is about 1 to 1 1/2 hrs away.Note: Please contact me directly through through this platform if you are a direct lessee only.
₱ 80,000
4
Bedrooms
200 m²
Floor area
1000 m²
Land Size
View Info
Contact Agent

2 Bedroom House in Iloilo for rent

House for rent in Nuvali Parkway

1 Bedroom House and Lot for Rent at Providence Subdivision

Balabag, Pavia
JK Pavia Iloilo Homestay is located in a community that is secured, quiet and safe. It is accessible to other nearby malls and establishments and very near to the airport.
₱ 15,000
1
Bedroom
80 m²
Floor area
100 m²
Land Size
View Info
Contact Agent

House and lot near the ruins for rent

3 Bedroom and 3 Bathroom with 1 Car Garage Townhouse For Rent, Bacolod

House and Lot For Rent at Bacolod, Negros Occidental

48.6km
Villamonte, Bacolod
If you are visiting Bacolod, why not stay at MyPlace, a centrally located, newly renovated, fully furnished, four-bedroom traditional house. With wireless internet, hot water showers and air conditioned bedrooms, It is ideal for groups or families who love to have a comfortable and spacious place to stay. For a minimum of 1 month stay, MyPlace is available to rent as a whole house (sleeps 13). We have 4 bedrooms: 2-bed, 2-bed, 3-bed and 6-bed. Published rate includes limited use of water, electricity and gas. Secure on-site parking for two vehicles is available.
₱ 57,378
4
Bedrooms
180 m²
Floor area
252 m²
Land Size
View Info
Contact Agent

49.5km
Taculing, Bacolod
This beautiful home is sure to delight, it's perfect for entertaining with open living and dining areas. This home welcomes family and friends with a big front lawn and big garage that can securely fit 4 to 6 cars on site. Available for weekly to monthly rates.Water and electricity are included in the weekly and monthly rent.   Just contact Gemma or Ruby.
₱ 30,000
4
Bedrooms
280 m²
Floor area
540 m²
Land Size
View Info
Contact Agent

2 Bedroom House in a Quiet, Safe and Flood-free Subdivision

4 Bedroom House in an Exclusive Subdivision

52.0km
Pahanocoy, Bacolod
Own this cozy, 2-storey home in a secured and peaceful subdivision at Manville Royale, Bacolod City. Security is provided for 24 hours every day. Property is for rent including appliances, furniture and fixtures at 40,000 pesos/month (net). Lot area is 150 sqm, floor area is 272 sqm. There are three bedrooms upstairs with a big master's bedroom with toilet and bath; guest room with toilet and bath and another room with balcony. The ground floor has one bedroom, one toilet and bath and a garage. The subdivision is close to major destinations such as hospital, malls, churches, schools and market.  For inquiries, contact GLENN P. SALVE
₱ 40,000
4
Bedrooms
272 m²
Floor area
150 m²
Land Size
View Info
Contact Agent 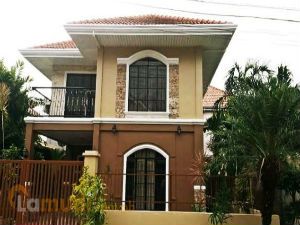 Finding a Home in Iloilo Province

Occupying the southeastern portion of Panay Island, Iloilo Province can somewhat be considered as a comeback kid in the Visayas. For years, its economy has been eclipsed by those of its neighbors—notably by Negros Occidental and Cebu Province—but in the last decade, Iloilo has witnessed considerable growth, especially in its important industries.

In 2007, after years of planning, Iloilo’s international airport opened in the town of Cabatuan, replacing the old airport situated in Mandurriao in Iloilo City. The airport soon became the Philippines' fourth busiest airport, which led to the province becoming Panay Island’s international gateway (along with the Kalibo airport near Boracay). As a result, tourism boomed and the province is now one of the most visited in the Philippines.

Iloilo’s centuries-old Catholic churches are also renowned and much visited, and one—Miag-ao Church—even was inscribed as a UNESCO World Heritage Site. Other churches worth visiting include the Cabatuan Church, Molo Church, and Passi City Church, among many others.

The provinces’ nature parks are stunning as well. Bucari Mountain Range, which is in the towns of Leon and Alimodian, has been named as the “Summer Capital of Iloilo” and has been declared as a special economic and tourism zone. Another popular area is Bulabog Putian National Park between the towns of Dingle and San Enrique, which is a protected rainforest area dubbed as a “living museum of flora and fauna.”

For sun-worshippers, Iloilo has many gorgeous beaches as well, and the most famous among them is the Islas de Gigantes in the town of Carles. Nearby Sicogon Island, also within Carles, is the site of an Ayala Resort project, Balay Kogon and Huni Resorts. 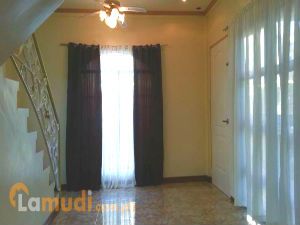 House for Rent: Iloilo Is a Perfect Option

Although much of Iloilo’s appeal lies in its stature as a top-notch tourist destination, it definitely does not hurt to live in the province to experience its attractions over and over. What better way to experience this than to find a house for rent in Iloilo? The search for that perfect property will be easy, as the province has plenty of towns and cities, which in turn boast numerous residential real estate developments.

One of these projects is Vista Land’s high-profile Camella Savannah City in the town of Oton. With five separate subdivisions or enclaves, this project offers plenty of houses within a self-contained and complete community.

Other notable real estate projects where you can get houses for rent in Iloilo include Centro Verde Residencias de Iloilo, Westwood Iloilo, BellaVita Iloilo, and Providence Iloilo, among many others. The cost of staying in a house for rent in Iloilo ranges from PhP 7,000 for a two-bedroom house to PhP 80,000 for a four-bedroom, fully-furnished vacation garden home.

How can I find houses for rent in Iloilo?

If you are looking for a house for rent, yes, there are available houses to rent around Iloilo. Check out the listings to find the one that you need.

Are there any available houses for rent in Iloilo below 20k?

Yes, there are available houses for rent in Iloilo that are worth PHP 20,000 and below.

Can I find any apartment rentals in or near Iloilo?

There are several apartments for rent in Iloilo. You can find and check the available listings online.

Find Other Properties in Iloilo