The Uptown Place, General Luna Street, Iloilo City Proper Inday, Iloilo
This studio 1 bedroom apartment is ideally located within the city and overlooks the Iloilo River and the famous Iloilo Esplanade. The accommodation is furnished to a high standard, has all the amenities you would expect and is suited to bo...
₱ 17,000
1
Bedrooms
1
Baths
21 m²
Floor area
View More Info Contact Agent
10

49.1km
Talisay
This is ideal place for a small family or couple starting a new life together. Situated in a subdivision near exit gate and easy access for transportation. 10 minutes away from Talisay Market.
₱ 6,500
2
Bedrooms
2
Baths
50 m²
Floor area
View More Info Contact Agent
5

See condominiums in your radius
8 listings
11

2 bedroom condo with breathtaking view of the Iloilo River

46.8km
Bacolod
At Amaia Steps Capitol Central, enjoy a leisurely life as you and your kids make splash at the swimming pool, play a game at the play area, jog around the project, or simply relax at the landscaped garden.Relish the life you deserve with Am...
₱ 25,000
1
Bedrooms
1
Baths
34 m²
Floor area
View More Info Contact Agent
7

For Rent Condo Unit with 4 Bedrooms

Living in One of the Most Historical Provinces 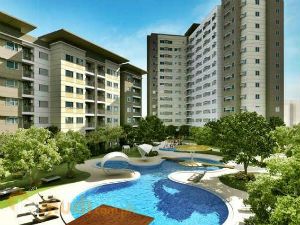 One of the oldest provinces in the Philippines, Iloilo—whose capital is its namesake Iloilo City—is also the center of the Western Visayas Region. The province is the region’s most populous with total residents numbering approximately 1.96 million according to the 2015 Census. Comprising of 42 municipalities, one component city, and one highly urbanized city, the province covers a land area of about 5,000 square kilometers occupying the central and eastern sections of Panay Island, which is the Philippines’ sixth largest island.

Iloilo is one of the Philippines’ most economically vibrant provinces. Its chief products include corn, rice, pineapples, and sugar. Tourism is also an important component of the province’s economy. Its southern towns, such as Miag-ao and San Joaquin, are well visited, thanks to their centuries-old churches and colonial-era structures, while the towns of Carles, Estancia, Concepcion, and Ajuy are home to some of the Philippines’ best islets and beaches, including the famed Islas de Gigantes.

The Port of Iloilo, on the other hand, is a major trade and commercial hub for Western Visayas. The port complex handles both ships plying international trade routes and local interisland vessels that ferry passengers as far as Manila and Zamboanga. The port is the Philippines’ fourth busiest in terms of cargo, handling close to half a million metric tons of cargo per year, and in terms of passenger traffic at 2.4 million annually. 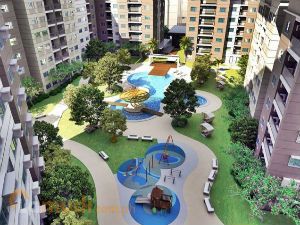 Real estate is one of Iloilo’s fastest-growing industries, thanks to the IT-BPO industry. The capital city’s skyline is quickly evolving, which now features mid- and high-rise condos. Apartments for rent in Iloilo, from mid-rise condos, townhouse developments, and traditional row-house projects, are very common, including those developed by some of the country’s largest real estate developers.

Megaworld’s Iloilo Business Park, sitting on the former site of the old airport in Mandurriao, is Iloilo City’s newest township and central business district. In addition to retail and commercial areas, hotels, and BPO towers, it will feature at least three condo towers, which will offer plenty of quality and well-located flats for many of the township’s BPO employees and executives.

Another important real estate project offering where one can find an Iloilo apartment for rent is Avida Land’s Avida Towers Atria. Situated in Barangay San Rafael in Mandurriao, this condo complex is near Ateneo de Iloilo, and only a few minutes away from the University of the Philippines Visayas, the University of San Agustin, and Smallville Complex, a commercial and retail complex.