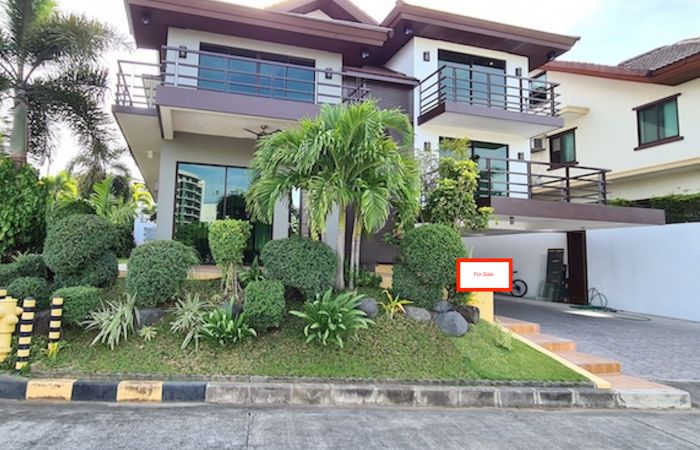 An Exclusive Village in Muntinlpa, besides Ayala Alabang but closer to the Filinvest Exit (SLEX) going to Makati. The Village is infront of  Palms Country Club. The property is a Corner house perfect location.

3 story house with a Maids and Drivers room and separate Toilet and Bath. With air-condition on the rooms.

About Palms Pointe
Palms Pointe in Laguna Heights, Filinvest Â Corporate City, Alabang is an exclusive, gated community covering seven Â hectares of prime land. It offers 148 prime lots within a secluded Â enclave and is considered to be an Asian paradise just outside the Â hustle and bustle of the city proper. Palms Pointe is quiet, secure, and Â fully-developed. As such, residents are guaranteed of top-notch Â amenities and living arrangements, perfect for working professionals who Â want everything in life.

Why Palms Pointe is a perfect choice for you
Palms Â Pointe is, first and foremost, in a very convenient location. It is Â situated inside Filinvest's master-planned township, Filinvest Corporate Â City. Residents are Â therefore able to live, work, and play all in the Â same place. Palms Pointe is set to benefit from the synergies of the Â establishments inside Filinvest Corporate City. For example, residents Â will be able to easily find jobs near the area should they not want to Â venture too far away from their homes. Filinvest Corporate City also Â houses many commercial establishments where residents could eat, hang Â out, and have fun. Living in Palms Pointe is very comfortable since it Â is just a stone's throw away from commercial centers, hospitals, Â churches, and even schools.

Palms Pointe Features and Amenities
Palms Â Pointe by Filinvest Land provides its residents with the comforts and Â elegance that they would be hard-pressed to find anywhere else. It is Â equipped with amenities that are great for working and playing at the Â same time. The subdivision has sports amenities and recreational Â facilities that families, couples, and individuals can all enjoy. It is Â also located across Palms Country Club, which is readily available for Â use for some residents. The amenities include a social hall for small Â gatherings and pocket parks that can accommodate the occasional hangout. Â Palms Pointe also features several jogging paths and a basketball court Â that is convertible to three badminton courts. Here, residents can Â exercise and maintain an active lifestyle. There is also a children's Â playground where the kids of the community can hang out.

Special/Highlights Section of the Development
Palms Â Pointe is a low-density subdivision that is close to commercial Â establishments like the Filinvest Mall, the Alabang Town Center, West Â Gate, and even SnR. Its location also allows its residents ease of Â access to many areas.

Other Palms Pointe Features
The units Â here are very much secure. Its main entrance gate has a guard-house, Â while there is only one secondary exit within the subdivision. Palms Â Pointe also has an efficient and dedicated property management team that Â oversees the proper management of daily services. The upkeep of Â perimeter grounds would be of no concern to residents, as the whole Â community is kept clean and quiet every single day.

About Muntinlupa
Muntinlupa Â City is known as the Emerald City of the Philippines. It has seen rapid Â growth in recent years and has become one of the country's business Â hotspots. There are several reputable schools that can be found inside Â the city. It also houses the famous Alabang Town Center and Festival Â Supermall.

About Filinvest Land, Inc.
Filinvest Land, Inc. is a Â real estate developer that also has a stake in leasing. Its operations Â are mostly composed of different types of housing developments, as well Â as townships, commercial establishments, and the like. It is widely Â known across the country for its townships, the most famous one being Â Filinvest City in Alabang.

House and Lot For Sale in Palms Pointe Alabang, Muntinlupa 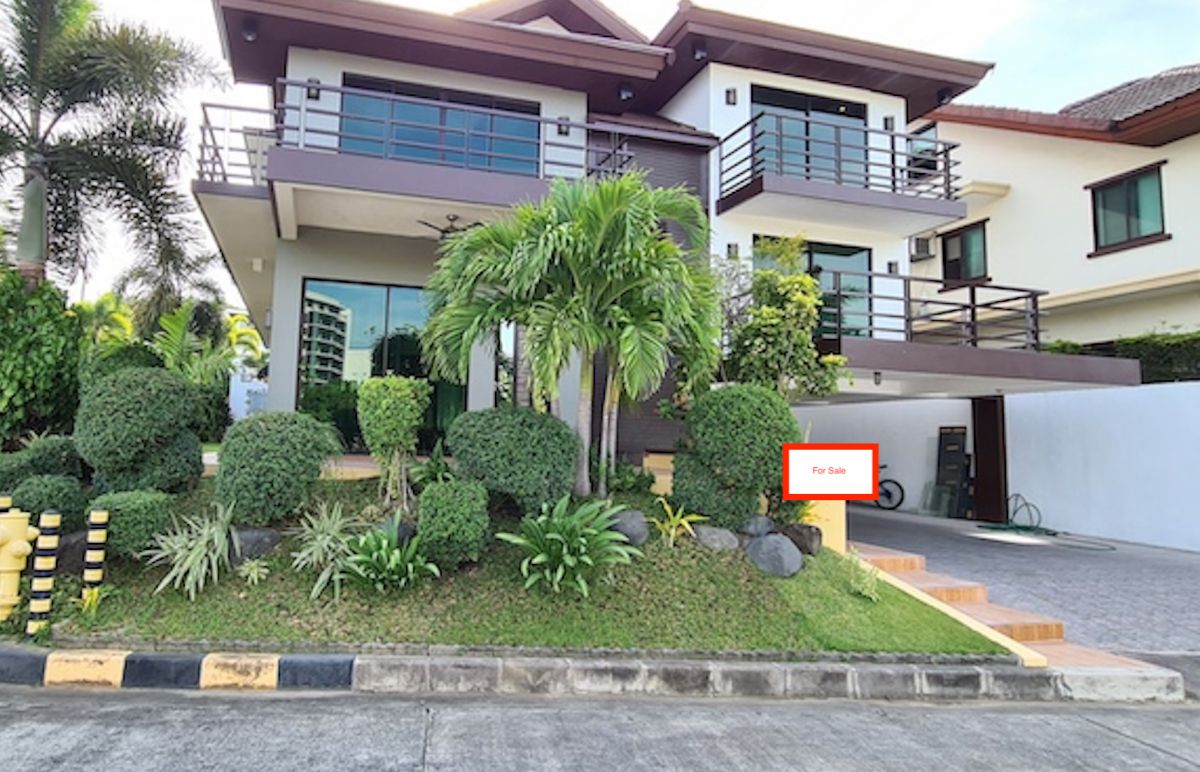 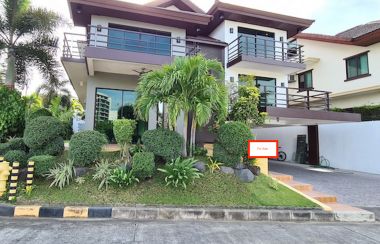