Barangay 19-B, Davao
Get this 2-Bedroom unit at Camella Northpoint, Davao City! Own it and live the Coho lifestyle.*Unit is Ready for Occupancy*Bare Unit*Photo Reference is our Showroom at Camella Northpoint
₱ 5,829,380
2
Bedrooms
1
Bath
36 m²
Floor area
View More Info Contact Agent
6

1 Bedroom Unit for Sale at The Piazza, Buhangin, Davao

Sasa, Davao
the 2 bedroom unit condo in Seawind Davao City is one of a kind. It is 95% furnished. the unit has sofa, dining appliances and furnitures, kitchen utensils, 1 bed in each room and AC in two rooms. the unit is listed for 2.8M cash for intere...
₱ 2,800,000
2
Bedrooms
1
Bath
36 m²
Floor area
View More Info Contact Agent
6

1 Bedroom at Verdon Parc by DMCI Homes with amenity View

Ready to move in Studio Unit Open for terms

Finding a Condo in the Orchid Capital of the Philippines

Situated in southeastern Mindanao, Davao City is where the magical splendor of nature is most pronounced. Mother Nature has bestowed the city with the country’s highest peak—Mount Apo; and on its fertile soil sprouts exotic fruits and floras. Of such equal magnificence is the Waling-waling, an orchid of the Vanda genus that is considered one of the world’s most prized. The vast plantations and garden resorts dedicated to growing this exotic flower variety made Davao City gain the monicker “Orchid Capital of the Philippines.”

Home to the King of Philippine Skies

Aside from being one of the safest cities in the country, Davao City is also the sanctuary of the Philippine eagle (Pithecophaga jefferyi). Known locally as haribon (haring ibon, which means bird king), this extremely rare type of eagle is one of the tallest, rarest, largest, and most powerful birds in the world. The city houses the Philippine Eagle Center in the Malagos area. The center is basically a simulated rainforest environment where conservationists and scientists take care of and breed eagles and other species of birds, mammals, and reptiles. And though the center is a conservation and breeding facility for eagles, it is open to the public for educational purposes. In fact, it is one of the major tourist attractions in Davao City. 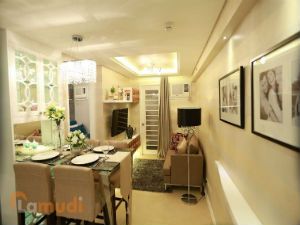 Albeit terrains of mountains with peak so high and parcels and parcels of agricultural lands where locales make their living from, Davao City is also a residential developer’s gold mine as the city is now a flourishing gem in the south. Vertical living seems to be in vogue that residential condominiums have mushroomed in the city. For one, there is Arezzo Place Davao developed by Phinma Properties. Mainly inspired by the famous city of Tuscany in Italy, Arezzo Place features wide open spaces and tree-lined paths and walkways. A one-bedroom unit in Arezzo Place costs around PHP 2.2 million.

For home-seekers who fancy a cosmopolitan living, Verdon Parc is one ideal place to live in. Developed by DMCI Homes, Verdon Parc is located in Ecoland Davao and just a stone’s throw away from SM City Davao and Abreeza Place. It has resort-inspired and health buff-inspired amenities combined such as a covered basketball court, play court, and an outdoor fitness area good for residents who want to stay fit and have a holistic lifestyle. A two-bedroom unit in Verdon Parc costs around PHP 3.9 million.