Davao
Located at Agro along the highway near football area. unit is at 2nd level with dirty kitchen sink and cr is located inside. 1room studio type. has its own bill of water and light.easy access to downtown area commuters can have a one way route going to different establishments like public market, offices, churches, shopping area. walking distance to jall of justice,bus transport terminal and near to mercury pharmacy, etc.
₱ 6,000
1
Bedroom
1
Bath
View Info
Contact Agent

Bucana, Davao
This apartment FOR RENT is in the ground floor and very accessible , as it is located at Sandawa near schools, malls, markets and hospitals. It has 2  bedrooms and 2 bathrooms with small parking for motorcycle only.It comes with 1 aircondition, 1 small refrigerator, 1 electricfan, 2 small beds, 1 induction stove, 1 sala set and electric water heater. Rent per month is 15,000.00 , 2 months deposit and 1 month advance payment.
₱ 15,000
2
Bedrooms
2
Baths
60 m²
Floor area
View Info
Contact Agent

Davao
Located at Agro near football area walking distance from the highway and can also pass thru beside hall of justice, walking area to bis terminal,mercury drugstore,restaurants,easy to access for commuters one route going to shopping area,churches,gov't office, call center office, and other known areas 6,500. 2nd floor unit has its own water and light billing to be paid on time. has dirty kitchen.sink and cr inside.fully furnished
₱ 6,500
1
Bedroom
View Info
Contact Agent

Ready to Move In

Apartment for rent in Davao with big balcony

Catalunan Grande, Davao
A unit located on the 2nd floor. It has 2 bedrooms, kitchen, living room. It is very conducive for living. It is very accessible to shops as it is located in the heart of Catalunan Grande, Davao City. It is also accessible to any form of transport system (taxi & Jeepneys).   It is semi-furnished (with bed, aircon, dining table/chairs, refrigerator). Young family or Share Unit with a friend? Very much welcome. Our business is legal as there is a business permit duly approved by the City Government of Davao. Owner is religiously paying taxes and very compliant to standards of accommodation business. Feel free to contact the owner (thru email) and you will not regret choosing our place.
Contact agent for price
2
Bedrooms
2
Baths
30 m²
Floor area
View Info
Contact Agent

For rent Concrete room, ground floor, dark during the day in Davao

Room for Rent (Ladies only)

apartment for rent in Margarita Road

room for rent in damosa 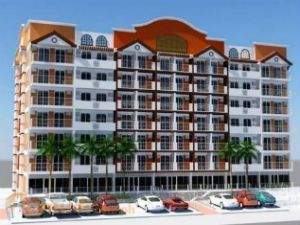 Apartment for Rent in Davao, Davao del Sur: A Home to Achieve More

Davao City is among the most populated cities in the Philippines, joining the ranks of Quezon City and Manila. Davao is usually incorrectly associated with Davao del Sur, but the city actually operates independently from the province. As the center of the Metro Davao area, it is highly urbanized with 182 neighborhoods or barangays. As the third most important metropolis in the country, finding an apartment for rent in Davao, Davao del Sur is easy.

The 182 barangays of the city are spread out over 2,444 square kilometers and divided into three districts. Each has at least two sub- or administrative districts. There are eleven sub-districts in total. The majority of the urban centers are located in Poblacion, Talomo, Toril, and Buhangin, with most of them located near the coast of the Davao Gulf. Other districts with urban centers are Tugbok and Bunawan.

When it comes to searching for an apartment for rent, Davao has a large number of neighborhoods, all with something unique to offer. Whether it be top-quality educational institutions or shopping malls that feature international brands, one does not need to go to Metro Manila because everything is readily available in the city. 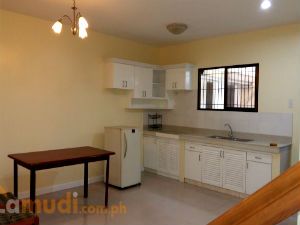 If you’re a student looking for an apartment for rent in Davao, then check out the area of Talomo. Talomo is near the mouth of the river and it is close to many well-known colleges and universities. The University of Mindanao is located in the Ma-a neighborhood on Bolton Street. The Philippine Women’s College is found on University Avenue in the Matina Crossing. Nearby in Bucana on Acacia Street is the renowned Ateneo de Davao University. Rental prices in Bucana can reach over PhP 30,000 a month for four-bedroom apartments with three toilets and baths.

For those seeking an apartment for rent in Davao near retail centers, consider the central neighborhood of Poblacion, wherein shopping malls and markets abound. There are dozens of small shops and stores along San Pedro Street in Barangay 3-A, including the Lachmi Shopping Mall near Quezon Park. Abreeza, the largest Ayala Mall in Mindanao, can be found in Jose P. Laurel Avenue in Bajada. Close to it is SM Lanang Premier.

The cost of an apartment for rent in Davao, Davao del Sur near malls may range from PhP 8,000 to over PhP 20,000. At this price, you can also experience the perk of living close to other essential establishments:

Meanwhile, some of the most affordable apartments for rent in Davao are studio-type units located in Barangay 1-A, with prices starting at P4,000 monthly. Growing families looking for two-bedroom apartments may find suitable options at Buhangin, costing less than P10,000.

The quality of life in Davao is comparable to the National Capital or Cebu City that one may even be compelled to settle in permanently and buy an apartment instead of just renting one. Nonetheless, whether you decide to search for a flat in one of the central neighborhoods, finding a Davao apartment for rent will not be a challenge because of the many options at hand.

In 2020, Davao City had an economy worth around 832.1 billion pesos, according to the Philippine Statistics Authority (PSA). The services sector has the largest share in the city’s economy, with 58.9%. Next is the industry sector with a 24.2% share, and agriculture, forestry, and fishing with 16.9%.

Under services, trade and repair, and financial and insurance services created the most impact. Manufacturing and construction had the largest shares in the industrial sector. Employees who specialize in these fields should have no problem finding work in Davao City.

The local government also has several projects under its pipeline, providing opportunities for locators and entrepreneurs:

How to Get to Davao City

Davao has its own airport, the Francisco Bangoy International Airport, making it accessible for both local and foreign visitors. The city is also connected to other major Philippine cities via inter-island and domestic passenger ferries. You can take a ferry ride from Manila at Pier 15 to Sasa Wharf. But if traveling by land is preferred, there are air-conditioned buses from Manila to Davao; the travel time is around 48 hours.

Are there any short-term room rentals or transients in Davao City?

Yes, there are rooms for rent in Davao City. Check out the listings.

Can I find any condo for rent near Davao City?

Definitely! There are available condos for rent in Davao City. You can sort it out depending on the range of your budget.

Where can I find a fully furnished apartment for rent in Davao City?

You can find fully furnished apartments in the neighborhoods of Buhangin and Matina Aplaya.

Find Other Properties in Davao