Clark, Mabalacat
Do you need a private area to work and be more efficient? Visit us now, it’s very easy!Succeeding in the business world implies spending a lot of hours, use you...
₱ 16,140
70 m²
Floor Area
View More Info Contact Agent
New Development
5

Laguna Technopark Mampalasan, Biñan
Key Features:Suitable sizes of units ranging from 1,200 to 3,000 square meters which could be expanded depending on the need of the investors;Caters to investor...
Contact agent for price
10000 m²
Floor Area
View More Info Contact Agent
New Development
5

Clark, Mabalacat
Gain productivity and reduce your costs now, working at Regus! Visit us now, it is very easy!You will enjoy access to a private office for 3 or 4 people, during...
₱ 29,740
100 m²
Floor Area
View More Info Contact Agent
Featured
1

For Rent Virtual Office in Mandaluyong

Setting up Shop in the Philippines 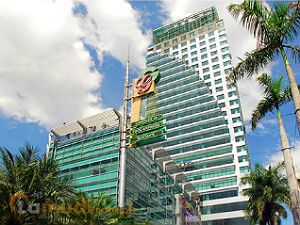 Despite the many challenges faced by developing countries, the Philippines continues to enjoy a positive economic outlook. It remains as one of the top investment locations in Southeast Asia. This is evident in the steady rise of the asking price for a space for rent in Metro Manila. Several international consultancy firms have estimated that commercial property rates in the national capital rose to 1.6 percent in the third quarter of 2014. That is roughly PHP 781 per square meter.

Despite the increased rates, leasing activity across the different business districts remain aggressive, fueled by a healthy demand from business process outsourcing and information technology firms, and other local and international companies from other industries. The Philippines is a top choice to invest in or to establish operations in with the country’s economic potential not set to stagnate any time soon.

Areas like Makati, Taguig, and Quezon City are ideal places to buy commercial properties in the Philippines. However, since prices in these locations are usually at a premium, renting may be a more viable option for most. With the emergence of places like the Rockwell Business Center in the borders of Ortigas and Eastwood City in Libis, other options to set up shop have become available. Be it for industrial, retail, or warehousing purposes, a business space for rent can be easily found - even for as little as PHP 1000 per month.

The Philippines, especially Metro Manila, continues to be one of Asia’s best markets for real estate. However, there is more to the country than its capital. There many other places that are developed enough for establishing business operations in. Moreover, the market potential in these places are high because they are less saturated. Examples of such profitable locations include Cebu, Davao, Bacolod, Iloilo, and Baguio. 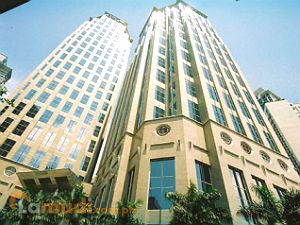 Popular Locations to Invest In

While Metro Manila is the most popular choice for most when it comes to business operations, the country has more to offer when looking for a commercial space for lease. Metro Cebu, the economic center in the Visayas is just as highly urbanized and highly profitable. Cebu City, in particular, rivals many of the cities in the capital region in terms of infrastructure and modern amenities. It also happens to be the main domestic shipping port of the Philippines, making it quite suitable and convenient for many transportation operations.

If being in or near the capital is an absolute necessity, investors and property seekers may also opt for what is considered as the Greater Manila Area. These are neighboring provinces like Laguna and Cavite, which have been developing at a rapid pace due to their proximity to the capital. More and more developments have risen in these areas resulting in an increased availability when it comes to renting commercial space.