House and lot For Rent in Talisay, Cebu House For Rent fronting by the pool in Vizkaya Subdivision, Minglanilla

4.4km
Quiot Pardo, Cebu
picture yourself living in a home in a quiet gated village in Cebu near places of worship, malls, medical center, markets. well-maintained 3 storey, 4 BR home. Ground floor has two large Living rooms, dining room , powder room. Kitchen is equipped with inverter cooker, refrigerator/freezer, lots of spacious storage for cutleries , pans, etc. Home has smoke alarm placed at the kitchen and at the 2F , CCTV cameras placed at the main entrance and at the 2F,  dirty kitchen has own T & B, washing machine & sink . at the 2f, Spacious Master's BR with cove lights, split type AC, own balcony ; with full size mirror and walk in closets and own T & B. two spacious guest rooms are also located in this floor. One BR has en suite (own T & B). Both BRs have cove lights and mirror closets that are spacious. 3F has another BR , a separate T & B. a large Roofdeck is also located at the 3F. lounge chairs and a daybed are provided here.  a store room is also found at the 3F.  All three Bedrooms are installed with window type inverter ACs. Garage can accommodate two sedans. There are pocket gardens around the house. Home is bright and airy.
₱ 100,000
4
Bedrooms
240 m²
Floor area
180 m²
Land Size
View Info
Contact Agent

House for rent in Front of the swimming pool

Getting to Know the City 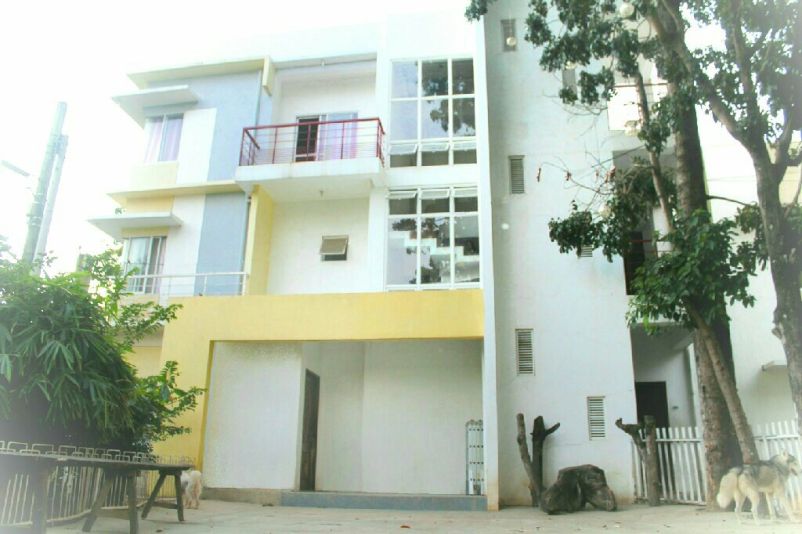 The coastal city of Talisay is rich in culture and history. It was formerly an estate of San Nicolas of the Augustinian account. It is believed that it got its name from a tree species growing abundantly in the area called “Magtalisay.” Talisay served as the center of guerilla operations during the Japanese and American occupation, producing plenty of brave generals who fought hard for their people’s freedom. In 2001, Talisay was declared a city by virtue of Republic Act 8979.

Getting around the city can be done via jeepney, bus, or tricycles. There are a few shopping malls here with the biggest, Gaisano Grand Fiesta Mall, found in Tabunok. Malls offer just the basic necessities—grocery, several floors of clothing and household items, and a department store.

Nearby malls in Cebu City such as SM Seaside are just 10 to 15 minutes away while Ayala Malls Cebu is about a 30-minute drive.

There are limited hospitals and schools in Talisay however. Talisay District Hospital is the lone retained general hospital in the city. Educational facilities are mostly primary and secondary schools with just three colleges available.

There are a lot of tourist spots you can visit in Talisay. The city is known for the Lagundi Reef found in the coast of Barangay Poblacion. It is just 1.5 kilometers away from shore and was officially opened as a dive site in 2006. Interesting landmarks can be found in the reef such as a cap of the US World War II admiral and an old church bell.

A number of beautiful beach resorts can also be found here since it is located on a coastline. Other attractions you can find in Talisay are the Butterfly Park, The Liberation Park and the Crocolandia, a conservation center for crocodiles and other endangered animals.

The city also celebrates a number of festivals such as the Halad Inasal Festival, which is a celebration of the famous lechon held every 15th of October.

Despite the slow urbanization of the city, leasing a house for rent in Talisay is still a strategic option because of its proximity to the metro. Lapu-Lapu City is less than an hour away, and Mactan International Airport can be reached in an hour.

Just recently, the city government signed a memorandum of understanding with a private company for the study of a proposed LRT system in Cebu. It is hoped that by 2022, Cebu LRT will be operational. When this happens, staying in a house for rent in Talisay will be more convenient.

Lists of houses for rent in Talisay commonly offer no less than two bedrooms and two bathrooms. One brand new townhouse unit with a floor area of 90 square meters can be rented for PhP 20,000 monthly. This property is located inside a guarded subdivision and is walkable to the national highway, Robinsons Supermarket, and Gaisano Tabunok.

For those looking for a large land area, a house for rent in Talisay with a floor area of 600-square meters on a 2,500-square meter lot can be rented for PhP 350,000 a month. This fully-furnished house has five bedrooms, three bathrooms, and a garage that can fit ten cars.

Do you think living in Talisay is best for you and your family and you wish to stay in the city permanently? If so, you can consider purchasing properties for sale in Talisay, which are also an excellent long term investment.

Find Other Properties in Talisay