Apartment For Rent in Mandaue, Cebu

For rent Apartment unit in a 3 storey building

Aparment for Rent in Subangdaku Mandaue

Spacious, Furnished 2-BR Apartment in AS Fortuna, Mandaue for 3

Jagobiao, Mandaue
Move into this pleasant 2 bedroom and 2 toilet house in Jagobiao, Mandaue City, Cebu. Another room is also available which can be used as a stock room or can be converted as an additional room for a member of the family. This home has a tranquil, safe and flood free environment just minutes away from several facilities. You can have the best of both worlds when city and suburb life collide!Property type: ApartmentBedroom: 2Toilet: 2Stock room: 1- can be converted as an additional room in the houseNeighborhood: Karl's Town-1Lease term: 1 year (renewable)Pets are allowed except snakes and other reptiles.Plants are always welcome in the house.
₱ 16,000
3
Bedrooms
2
Baths
80 m²
Floor area
View More Info
Contact Agent

H. Abellana St. Canduman, Mandaue City Canduman, Mandaue
Deancoy Residences 40 square meters 2 bed room 1 toilet and bath Huge parking lot with free parking for the first vehicle. 500/month for every additional vehicle. Screened door and windows. Aircon ready bedrooms and with built-in cabinets. Fire and Alarm equipped building. Newly installed CCTV on the entire building. Monthly rental of 13500 for the first and second floor. Quite, safe, secure and clean... lots of trees around... 2 months advance and 1 month deposit with postdated checks. 1 year minimum contract. Electric sub meter on a monthly payment basis. Water meter on a monthly payment basis. Walking distance to Ateneo de Cebu gate 2. No need to cross the road, students need not to wake up early in the morning just to travel on a traffic. Spend your time wisely. Ready for occupancy. So sorry no pets allowed.  No toturial business allowed.  Send us a sms/text. Calls can't be entertain all the time, sorry busy in the office too. Please don't ask us for details which we stated above.
₱ 13,500
2
Bedrooms
1
Bath
40 m²
Floor area
View More Info
Contact Agent

Room For Rent at Mandaue, Cebu

14B Yakal St. Greenplains Subdv, Banilad, Mandaue City Banilad, Mandaue
This 2 storey apartment is inside a quiet and safe village. Centrally located in a prime place here in Banilad, Mandaue City, Cebu. Surrounded with many establishments outside the village. Not just a room accommodation but a whole small apartment to enjoy and stay as it is homey and private.You can cook using our complete kitchen amenities, with hot/cold shower, AC in the room. We have a tranquil place, an outdoor space with garden view.The spaceIf you are looking for a place to stay where after a long day, you can have a quiet place to sleep or relax, then I recommend our place. You can feel the tranquility of our place because this apartment complex is inside a safe subdivision/village. Grocery/supermarket and restaurants are very accessible which are situated just outside the village/subdivision called BTC (Banilad Town Center), a mini mall.
₱ 20,000
1
Bedroom
1
Bath
View More Info
Contact Agent

A City of Urban Perfection 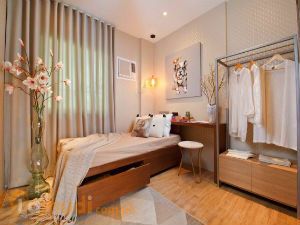 Mandaue is a city in the province of Cebu. It is one of the seven cities and six municipalities that make up the Metro Cebu area, and as such, has many urban areas. This highly urban aspect makes the city very convenient for morning commutes and nightly excursions. For those in search of an ideal residential accommodation,  an apartment for rent in Mandaue City can be a perfect choice.

The city is made up of 27 neighborhoods or barangays. Each neighborhood has its own character, reflecting the city’s rich history and diversity. As a part of the Metro Cebu area, Mandaue is surrounded by other cities and municipalities. To the west is Cebu City, accessible by side streets and the Central Nautical Highway. Consolacion is to the north across the Cansaga Bay Bridge. Across the Mactan Channel, the city is connected to Lapu-Lapu on Mactan Island by the Sergio Osmeña and Marcelo Fernan bridges. There are also several city bus lines that provide access to the metro area.

This strategic location makes Mandaue a great choice for people looking for residential property options outside Metro Manila. Linked by two bridges to Lapu-Lapu City, residents of Mandaue have easy access to the province’s major airport (and the country’s second busiest)—not to mention that the white-sand beaches and high-end resorts of Mactan are close by.

Being next to downtown Cebu City, people who work in either the Cebu Business Park or Cebu IT Park, two mixed-use projects by Ayala Land, will find it easy to commute or drive to their offices. The quiet and historic towns of Consolacion, Compostela, and Liloan are just a short drive away.

Being a part of the Philippines’ oldest and most historical province, Mandaue’s festival scene is also very colorful. Its fiestas include the highly attended Pasyon sa Mandaue, an event to commemorate Christ’s passion and death; the Mandaue Fiesta, which honors and commemorates the city’s patron Saint Joseph; the Panagtagbo or Gathering of the Holy Family, which celebrates two of Cebu’s most beloved icons: the Virgin of Guadalupe and the Santo Niño; and the Kabayo Festival, a horse-racing event also known as the Governor’s Cup.

Apartment for Rent in Mandaue City

Given its multicultural character, Mandaue features cuisines and shopping opportunities that cater to lovers of Asian, European, American, and native Filipino cultures. One does not have to venture outside the city because the J Centre Mall, the Colonnade Mall, Parkmall, and the Gaisano Grand Mall are just some spots where one can find everything needed. This convenience and variety of options are just some of the things that make living in an apartment for rent in Mandaue City attractive to so many people. 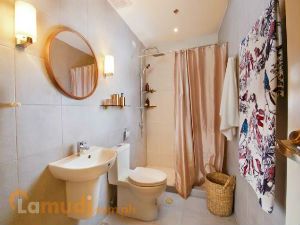 In addition to its convenient location, shopping, and nightlife, the city features many schools and churches, providing families with the community support that they need. In the Opao neighborhood, for example, the Mandaue City Science High School provides an advanced curriculum in science and mathematics, which underscores the importance of Philippine engineering. Nearby, the Mandaue Evangelical Church provides non-denominational Christian worship, which demonstrates the city’s accepting nature.

Other convenient neighborhoods where you can find an apartment for rent in Mandaue City include Tipolo, Looc, Banilad, and Cambaro. Many of the city’s subdivisions and gated communities, such as 88 Hillside Residences, Northwoods Residences, Insular Residences, Churchview Subdivision, Northfield Residences, and Silver Sea Subdivision offer plenty of apartments. In addition, a number of real estate developers, both national and local, have condo projects in the city,  including Amaia Steps Mandaue, Midori Condominium, and Cityscape Condominium, ensuring that there will be plenty of residential properties for the city’s future residents.

Apartments for rent in Mandaue City are reasonably priced. A one-bedroom apartment with a floor area ranging from 25 to 36 square meters has a rental fee of PhP 15,000 to PhP 25,000. One month’s advance and two months’ deposit are required prior to moving in.