Apartment For Rent in Mactan, Cebu

Studio type apartment with own bathroom for rent in Mactan, Cebu

Room for rent near Mactan Newtown and Big Foot

Puso Center (Beside RV Store & Eatery; Before Mactan National High School) Mactan, Lapu-Lapu
unit 3 good for 8 pax.Units are in studio type with rest room and bathroom per unit. There is also a facility kitchen and common veranda where the leaser may use. With aircondition and heater.
Contact agent for price
1
Bedroom
1
Bath
16 m²
Floor area
View More Info Contact Agent
7

Room unit for rent near Mactan Newtown and Big Foot

20.7km
Estaca, Compostela
new built house in estaca compostela cebu.room and bed space for rent and a room with bed and foam included good for 2 person.free use sa kitchen utensils..to use a stove for 100 pesos per month.we can do short term rental for 1000 pesos room per week free electric fan and stove ..the house is very close to the ocean and a swimming pool.
Contact agent for price
4
Bedrooms
2
Baths
70 m²
Floor area
View More Info Contact Agent
5

Townhouse unit with aircon and furnishings near popular beach resorts

77.1km
P.Pepito St Catarman, Liloan
Our beautiful and newly fully furnished 2 bedroom apartment is located conveniently just outside of Cebu in Catarman, Liloan. It is perfect, if you and your love ones looking for a spacious yet quiet and peaceful home. Good public and priva...
₱ 20,000
2
Bedrooms
1
Bath
55 m²
Floor area
View More Info Contact Agent
9

See condominiums in your radius
18 listings
10

One bedroom Unit for Rent at One Manchester Place, Mactan Newtown

Condo For Rent at One Pacific Residence Mactan Newtown

Studio with Seaview For Rent at Amisa

41.7km
Punta Engaño, Lapu-Lapu
AmiSa, a resort community comprised of a hotel and a residential condominium, is located at the Punta Engano residential zone in Mactan, Cebu. It only takes a 15-minute drive from the Mactan airport or a 30-minute drive from the Cebu City p...
₱ 35,000
1
Bedroom
1
Bath
41 m²
Floor area
View More Info Contact Agent
12

41.7km
Coralpoint Gardens Punta Engaño, Lapu-Lapu
Located at the tip of Mactan, this secluded and private compound is home to many who wants luxury and privacy. A class of its own. This complex is ideal for peo...
₱ 100,000 2,000
2
Bedrooms
2
Baths
160 m²
Floor area
View More Info Contact Agent
24

PComprised of 30 barangays, Lapu-Lapu City is a popular place for residence for a variety of reasons. While nearby Cebu City still comparatively sees a greater deal of commercial and financial activity, many choose to reside in Lapu-Lapu mostly due the latter’s slightly slower pace of living.

Lapu-Lapu City’s proximity to capital Cebu combined with its provincial features continues to lend itself well to local tourism, as many visit the city for its excellent beaches and dive spots which houses a varied marine life and numerous corals. Despite being a laid back location, Lapu-Lapu City is also well developed, and like the tourist destination it is, features a variety of commercial and lifestyle locations, and several types of restaurants.

The location of the second-most utilized airport in the country, the city is not left wanting of visitors, as most coming to any part of Metro Cebu from anywhere outside the main Visayas islands enter and leave through Mactan-Cebu International Airport. It is the convenient proximity to the airport that furthers Lapu-Lapu’s place as an ideal place to reside, as it makes the city approximately three or four hours away from 14 cities in the Asia Pacific.

Rent an Apartment in Lapu-Lapu City 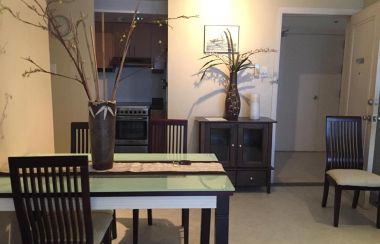 While developable land is substantially available in Lapu-Lapu City, and the rest of Mactan Island, the continued development of the city and its proximity to Cebu and accessibility to numerous others has made traditional house and lots in the area a little pricier in recent years.

cFortunately, Lapu-Lapu’s continued growth has seen it take cues from highly urbanized cities particularly that of having an increasing number of vertical developments to better accommodate the growing residential needs of those already living in the city and those intent to relocate.

Several of these types of residences are also available for rent, providing options to Lapu-Lapu City home seekers with a preference for leasing instead of buying an apartment or condominium. The variety of condos apartments for rent in Lapu-Lapu also allows for just about most tenants to find the home best suited to their needs and finances.

Affordable units in the city are typically available for occupancy at Php15,000 per month, a rate which normally includes one bedroom, one bathroom, and around 35 square meters worth of total floor area. Wild modest in terms of space, units within lower price range also often include a corresponding car space (when available), and sometimes be fully furnished.

For those in need of a living space that is a little less modest in terms of area and number of rooms, there are also condominium and apartment units in Lapu-Lapu City that may be much costlier in terms of rent, but more extensive in terms of living space and amenities. These types of residences can cost as much as Php80,000 per month, but feature as much as three bedrooms and three bathrooms, about 130 square meters of living space, and be set in one of city’s resort themed developments with amenities such as a swimming pools, spas, and retail areas, to name a few.