Apartment For Rent in Lapu-Lapu, Cebu

Basak, Lapu-Lapu
The apartment is located along the road and in between Mactan Doctor's Hospital and Gaisano Grand Mall.  It currently has 3 units ready for occupance. Each unit is a studio type complete with kitchen CR and area for the bed. Each unit is fully furnished and the smaller unit rents for P6k and the bigger unit is for P8k.  Each unit has airconditioning installed.  These are all brand new.  Never rented before.
₱ 6,000
1
Bedroom
1
Bath
30 m²
Floor area
View Info
Contact Agent

Room for Rent for Sharing at Pajac, Lapu-Lapu, Cebu

Pajac, Lapu-Lapu
Secure and brand new rooms for rent near MEPZ and airport with en suite toilet.  A) 3500 per head for sharing of 2 people for one room ;  Each room will be provided with double deck beds and cabinet. Has common dining area with refrigerator  Area is near mactan doctor's,  indiana and MEPZ. Clean and safe. Also few minutes walk from Savemore.
₱ 6,000
1
Bedroom
1
Bath
View Info
Contact Agent

Mactan, Lapu-Lapu
2 Bedroom apartment unit for rent in Opon, MactanTwo bedroom apartment, partially furnished with generous space and location. Ideal for single, couples, family or personal business stays. This charming and VERY SPACIOUS unit features a homely and relaxing life style granting easy access to nearby shopping, walkable to church, school, taxis as well as the local ferry easily transporting a ride to Downtown Cebu. It is a family run business which certainly gives a homey feeling.With beautiful views of both the ocean and distant city life, this family run business gives the personal touch of clean and well kept grounds, private gated entrance with your own parking space, personal security guard during the evening as well as onsite administrators who can address your needs.
₱ 13,600
2
Bedrooms
1
Bath
60 m²
Floor area
View Info
Contact Agent

Pajo, Lapu-Lapu
Landmark: 4 Story Eugine building and Kahayag Church  * Take M. L. Quezon National High way to Lapu Lapu City Hall.  * Drive around to the back of Lapu Lapu city hall into the street food/BBQ area and the crossing.  * Take to the left in the crossing and drive a few hundre meter until you see the only 4 story building on the right side. Take to the right after the 4 story building but before the sari sari store.   * Drive straight ahead, first house after Kahayag Church on the right side, Jonassen's Residence and Little Norway Guest House.   From 750 peso per night
₱ 750
1
Bedroom
1
Bath
14 m²
Floor area
View Info
Contact Agent

Poblacion, Lapu-Lapu
AVAILABLE ROOMS AND COMMERCIAL SPACE FOR RENT IN LAPU LAPU AREA! Hey guys! Looking for a budget-friendly space to reside in the Lapu Lapu area? Be it for you or for your fellow employees/coworkers who need it! Well, Hi-Land Residences is now open to serve you! Rates are as follows (can house up to 2-4 people per unit(sad) 6k/month (around 12 sq. meter) 2 pax 8k/month (around 16 sq. meter) 3-4 pax 12k/month (around 16 sq. meter but situated on the ground floor) 3-4 pax Rates are exclusive of monthly water and electricity bill (8 kwh capacity, Php 15 per kwh) Tenants provide their own mattress cooking space provided outside to avoid fire-related accidents but tenants to provide their own cooking apparatus Inclusive of free parking, wifi, and own comfort room per unit! ADDRESS: Hi- Land Residences 525 Ompad St, POBLACION, Lapu-Lapu City, 6015 Cebu Walking distance to the public market and La Nueva Mactan area! Very ideal for people who work around these parts
₱ 6,000 $ 12,000
1
Bedroom
1
Bath
12 m²
Floor area
View Info
Contact Agent

Pajo, Lapu-Lapu
Pal-Watson Apartments One bedroom apartment ideal for singles or couples. The apartment features a modern loft style bedroom and a seating area outside to enjoy the warm tropical weather. It is a family run business which certainly gives a homey feeling. The total floor area is approximately 40 m2. Loft style bedroom with a queen size bed although we can provide a sofa bed for younger children. There is 2hp aircon in the bedroom which cools the entire apartment. The bathroom is spacious with hot shower. Kitchen is fully equipped and there is a dining area that seats four. The living area includes cabled TV and outside there is additional sitting area. WIFI access is available up to 50mbps. There is parking in the premises. Caretaker on duty throughout the day and night.**Short term and Long term stays**DailyWeeklyMonthly
₱ 18,000 $ 350
1
Bedroom
1
Bath
40 m²
Floor area
View Info
Contact Agent

Maribago, Lapu-Lapu
FREE 50 Mbps wireless Fiber Internet.Suitable for call center staff needing to work from home.Small sized studio type A/C room, suitable for 2 people with kitchenette, so you can do your own cooking and cooking utensils and bar fridge.  You will have a private bathroom with hot shower. Electricity payment by room meter @ 18 Pesos per kw/hour.We have a cool guest lounge upstairs to hang out, watch cable t.v. or enjoy our meditation space. Free washing machine in rooftop area.5 minutes to Mactan New TownAll Main Diving Shops & Resorts are nearby. One jeepny ride to Shangri-La Resort.Long term guests and Ex-Pats can negotiate a discount.
₱ 6,000
1
Bedroom
1
Bath
15 m²
Floor area
View Info
Contact Agent

Room unit for rent near Mactan Newtown and Big Foot

A City Filled with History 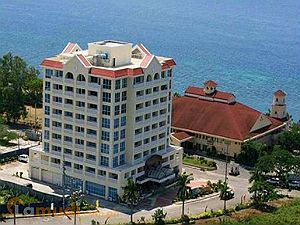 Lapu Lapu is one of the cities that makes up the Metro Cebu area of the Visayas region in the Philippines. The city takes up the majority of Mactan island to the south of the Cebu Province. It is connected to Mandaue City by the Sergio Osmeña Bridge, the first of two bridges that span the Mactan Channel, the other being the Marcelo Fernan Bridge.

As a part of the Metro Cebu area, the city has a lively socio-cultural aspect. Spread across its 30 neighborhoods or barangays are many bars, clubs, restaurants, coffee shops, pastry shops, and resorts. The city also has a multicultural character, representing Asian, European, and North American cuisines and clubs. It is this open and inclusive temperament that makes finding an apartment for rent in Lapu-Lapu such an appealing prospect.

The city is also filled with history. It was named after the renowned native chief who famously defeated Spanish troops and their leader, Ferdinand Magellan, in the Battle of Mactan. Winning this battle helped to stave off the Spanish conquest of the Philippines for over 40 years. There is a famous statue dedicated to the first national hero, Lapu-Lapu, and his people known as the Lapu-Lapu Shrine in Punta Engaño. Other places of interest include the Mactan Island Golf Club, the Mactan Island Aquarium, and the Mactan Marina Mall. 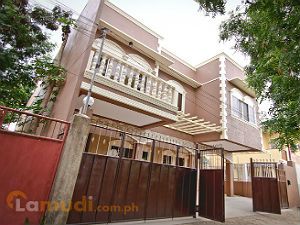 If you are looking for an ideal place to live in, an apartment for rent in Lapu Lapu is a viable option. As previously mentioned, the city has 30 neighborhoods, each of which has a lot to offer to both young professionals and families alike. In all of these areas, there are well-constructed and well-maintained roads that connect to the Mactan Channel bridges, making for an easy commute to Cebu City.

One of the most picturesque and convenient neighborhoods in which to find an apartment in is Punta Engaño. The neighborhood is situated in the peninsula, and the Punta Engaño Road runs from its tip to the Mactan Shrine, where it turns into the Quezon National Highway, providing access to the Marcelo Fernan Bridge and the southern coast of Mactan Island. Here, there are many bars, restaurants, and even beaches to take advantage of during one’s leisure time. There are also schools, shopping malls, and supermarkets to provide for a family’s needs. Other convenient neighborhoods where you can find an apartment for rent are Poblacion, Pusok, Maribago, and Agus.

The monthly fee of a one-bedroom apartment for rent in Lapu-Lapu City ranges from PhP 5,000 to PhP 20,000 a month, which is very affordable. Some fully-furnished apartments come with an air conditioning unit, table, chair, bed, and cabinet.

Whether you are looking for a studio or a fully-furnished apartment for rent in Lapu Lapu City, each of its neighborhoods has something to offer everyone. Its convenience and beauty may even convince you to stop renting one day, and finally buy an apartment and settle down permanently in the city.