Land For Sale in Cebu

893 sqm Lot for Sale along Provincial Road in Cebu

1,200 sqm Beach Front Lot with House for Sale in Cebu

Philippines, Consolacion, Sacsac Sacsac, Consolacion
Own this lot and build your dream house right away..only 50% required DP, you will be allowed to use the Land..Own a piece of Land on a secured subd nice view f...
₱ 2,333,184
224 m²
Land Size
29/07/2019
Available From
View More Info Contact Agent
2

Sansville Compound, Basak, Lapu-lapu City, Cebu Basak, Lapu-Lapu
this lot has already a land title for releasing. you can build the house as long as you pay half of it's price. the remaining balance can be paid for a year with NO INTEREST Reason for selling: for cancer treatment.
₱ 450,000
100 m²
Land Size
View More Info Contact Agent
6

389 sqm walking distance from beaches and highway in carmen cebu

Puente, Carmen
389 sqm walking distance from beaches and highwayLocation: Puente, Carmen, CebuOverlooking and seaviewDead end lot which is favorable for the new lot owner who is lucky in buying this property because the road infront of this property can b...
₱ 1,500,000
389 m²
Land Size
View More Info Contact Agent
3

Vacant Lot inside the Subdivision in Lawaan, Talisay

Lot for sale in Badian cebu

The province of Cebu is in the Central Visayas region of the Philippines and occupies the island of Cebu and 167 other minor islands. There are many beaches around the island’s coast, and the inner regions of the island are mountainous and green. The rurality of the province and its stunning geography is balanced by the highly urbanized aspect of the Metro Cebu area. Centered around Cebu City, which is administered separately from the province. A land for sale in Cebu province can be found in both rural and urban areas.

Cebu is one of the most developed of the Philippines’ 81 provinces, and its popularity is evidenced by its growing population of 2.6 million. As a result, residential land has become very valuable. The province’s growth also attracts new and established businesses to the area, which has a positive effect on the province’s economy, especially the real estate sector. Because of this, commercial lots are also highly valued.

As both the population and the economy grow, property values rise. The most important of these properties is land, the basic unit of all real estate. Buying lots for sale in Cebu now, when prices are relatively low, is a smart decision considering the potential for growth in prices. 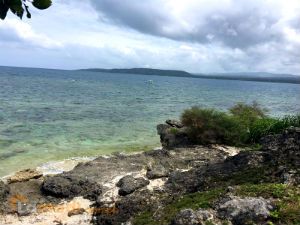 Both residential and commercial plots can be found in each of Cebu’s six cities and 44 municipalities. The following is a list of the major cities where land can be found. The Metro Cebu Area cities of Cebu, Lapu-Lapu, and Mandaue are independent cities and for that reason are not included in this list.

Danao (pop. ~119,000) - technically a part of the Metro Area, Danao’s economy is largely agricultural, therefore it is an ideal place to find a farm lot for sale in Cebu.

Talisay (pop. ~200,000) - predominantly a residential area, Talisay is known for its many attractions such as the Igutan Cave and the Lagundi Reef. It is the perfect place to find a residential lot for sale in Cebu.

Carcar (pop. ~107,000) - a heritage city of Cebu, home to historic attractions, Carcar contains unique architecture from the Spanish and American eras, including the Mancao Ancestral House. The city is famous for its cuisine, including lechon (pig roasted over a spitfire) and ampao (dried rice with sugar and lemon).

Naga (pop. ~101,000) - a city that has a balanced mix of touristic, industrial, and residential areas, Naga contains the Mt. Isarog National Park, the Basilica of Our Lady of Penafrancia, and the University of Nueva Caceres Museum.