House and lot For Rent in Consolacion, Cebu

House for rent in consolacion cebu

Natalia residences Tolotolo, Consolacion
It is a brand new house inside in a well gated residence with the convenience of  being located near great shopping centers, restaurants,schools and a hospital..
₱ 15,000
3
Bedrooms
92 m²
Floor area
80 m²
Land Size
View More Info
Contact Agent

3 bedroom house in a gated community with mountain view

Lot 6 A Charleston St El Monteverde Subdv, Lamac, Consolacion
For rent a 3 bedroom house and 2 1/2 bath. It is located in a very peaceful neighborhood with mountainview, Also has 24 hour security guard and with amenities such as swimming pool, tennis court, basketball court and a clubhouse. The house has a rooftop for relaxation and an open basement with store room for extra space. It is just 5 mins away from Sm mall, hospital, church, wet market, banks and other important establishments, For viewing or more information kindly email me,
₱ 35,000
3
Bedrooms
250 m²
Floor area
148 m²
Land Size
View More Info
Contact Agent

House for rent in Danglag, Consolacion

Danglag, Consolacion
Need a place to live with your family? Apartment for Rent is just for you! Has four rooms. Each room has own restroom. It has its own water meter,electricity. It also have it's own garage for your car to park. What are you waiting for? Rent Now. Feel free to contact me for more information.
₱ 18,000
4
Bedrooms
120 m²
Floor area
View More Info
Contact Agent

Townhouse For Rent at Consolacion, Cebu in D' Pearl Residences

Townhouse For Rent at Consolacion, Cebu

Affordable House for Rent in Liloan

2.6km
Cubacub, Mandaue
The house is just 10-15 minutes to Ateneo de Cebu School, 10-15 minutes to SM Consolacion, 30-45 minutes to Cebu City depend on the traffic situation.It is a fully furnished house with 3 floors and 3 bedrooms. (1 main bedroom has newly installed window type aircon.) and 2 small rooms good for single occupancy. It a laundry area on the 3rd floor and a good view of the neighboring houses at the front.It is a newly renovated house (a month ago) with space to park your motorbike inside or outside the gate. A space for a small car to park in front of the house.It has wifi and a cable tv connection and complete utilities. It has water and veco meter.Available:29 inches LED Devant TVRef1 queen foam in the 2nd room2 stand fans1 induction electric stove1 desk fan1 LCD tv1 window type aircon1 computer desk1 iron board1 electric iron1 burner gas stove1 queen bed with mattress, cover and pillows6 seaters dining set1 gas tank1 bread toaster1 electric pot1 sofa with 3 cushion pillows1 center tablekitchen utilities (Plates, spoons, forks, chopping board, mugs, glasses, plates and knives holder)stainless plates traykitchen traymirrorsrugsextra mattress and pillowskitchen cabinets and 2 big wardrobesstainless soap holderrugs and carpet, house decors, clothes hanger, clothes clips, laundry baskets, window curtains, sliding door curtains are also availableWith a mail boxSee to appreciate..all you have to do is bring yourself and stay. Ready to move in.Condition:28,000 pesos per month at least 1 year contract with 1 month advance and 2 months deposit.If opt to a semi furnished house, the rent is 15,000 pesos per month. Bed frame, wardrobes and a dining set will be provided.
$ 350
3
Bedrooms
50 m²
Floor area
35 m²
Land Size
View More Info
Contact Agent

A house and lot with two bedroomsand two bathrooms with a small roof deck.

2.6km
Cubacub, Mandaue
A lovely house and lot with a nice ambiance of “Lanai” area where you can talk with your friend or family. With a spacious living room close to dining room with a kitchen bar and a utility room. There are 2 bedrooms and bathrooms at the second floor and a space for reading or for your relaxation. In the 3rd floor there is a small roof deck. It is semi-furnished. Good for a family with a kid.
₱ 35,000
2
Bedrooms
42 m²
Floor area
35 m²
Land Size
View More Info
Contact Agent

House and Lot For Rent at Liloan, Cebu 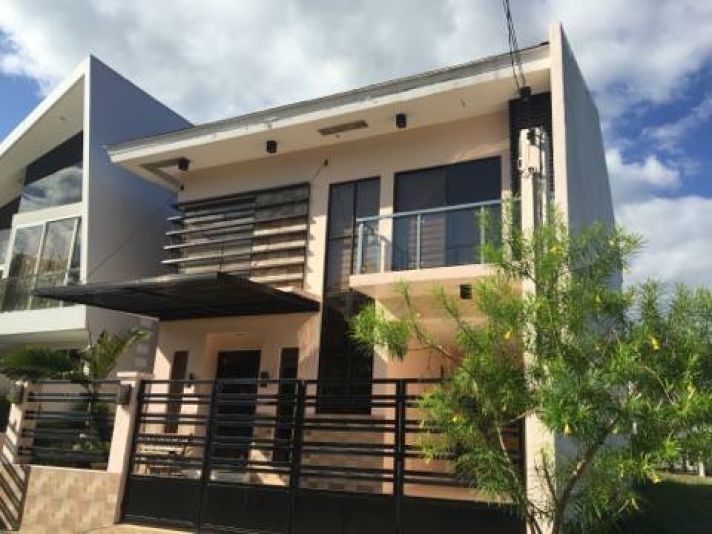 Consolacion’s independent status has been tumultuous since its founding in 1871. After enjoying decades of autonomy, Consolacion became a mere part of Mandaue again in 1902. However, in 1920, Consolacion was granted an independent municipality status after a petition was accepted by the governor. As a sign of gratitude, the residents named the new town after the governor’s daughter, Consolacion. They also selected San Narciso as the patron saint of the town, the namesake of his wife, Narcisa.

A famous event associated with the town is the Sarok Festival. The festival was traditionally held every 14th of February to coincide with Consolacion’s charter day celebrations. However, the schedule has now been moved to October each year. The feast is named after sarok, a conical hat made of dried banana leaves and bamboo strips typically worn by the townspeople, particularly by the farmers, to protect themselves from the sun and the rain. Consolacion being an agricultural town, sarok became a much-needed head-wear for the residents.

Today, the Sarok Festival has evolved into a free interpretative dance parade, with musical concepts taking inspiration from the Miligoy de Cebu, a Filipino folk-dance emanating from the same town. The dance is usually performed by a pair during special gatherings like weddings, baptisms and other social events. Bamboo castanets are commonly used as props during the dance.

The Festival has often been described as a “mini-Sinulog” or a “mardi gras of colors and street dancing” which is held along Consolacion’s main road. Participants wear colorful and flamboyant costumes that depict the fiesta-like aura of the celebration.

Town on the rise 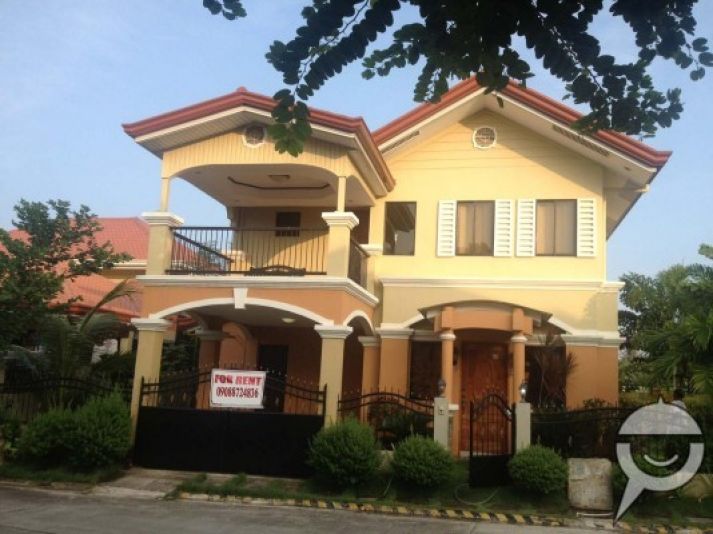 Consolacion is currently classified as a first-class municipality with a vibrant economy, boosting its chances of becoming the 9th Cebuano city in the future. Consolacion is nearby tetra-cities of Mandaue City, Cebu City, Lapu-lapu City and Talisay City. It is also included in the Metropolitan Cebu urban center, considered as the second-largest and second-most important urban conglomeration of cities in the country after Metro Manila.

Centrally located north of Cebu City, the town is often frequented by notable visitors and guests. It has also hosted several official visits from foreign investors who were convinced that the town is a good place to invest and settle. It has also attracted retiring Cebuanos from overseas who are looking to spend their golden years back home, relishing the tranquil rural hills surrounding the town.

Consolacion features some of the cheapest options of houses for rent in Cebu, and even in Visayas overall. For a reasonable monthly price of Php 20,000, new residents may rent a full fenced four-bedroom house located in Brgy. Casili, a two-minute drive from the Central Nautical Highway and the Fooda Shopping Mall.

For renters with money to spare, a four-bedroom house located within an exclusive, yet cosmopolitan neighborhood is available for rent at Php 40,000 per month. The house is ten to 15 minutes away from SM Mall Consolacion, Pacific Mall Mandaue, ParkMall, S&R American Supermarket and SM Mall Mandaue.

A fully-furnished, five-bedroom house located in Brgy. Lamac may also be rented at a cost of Php55,000. Amenities include a swimming pool, clubhouse and a basketball court.

Find Other Properties in Consolacion