Condo For Sale in Cebu

Furnished 1 Bedroom with Tenant beside IT Park cebu city

Studio Unit for Sale at Horizons 101

#74 General Maxilom Avenue Cebu City 6000 Cogon Ramos, Cebu
Your view as low as 32k per month!Premium project of Taft Properties in Fuente Osmena Cebu City for as low as P32K+ per month!Hurry!!! Few Unit Left!Grab our Promo for for as low as 32K plus per month!Get this Advantage:Foreigner 100% Owner...
₱ 3,300,000
1
Bedroom
1
Bath
22 m²
Floor area
View More Info Contact Agent
24

Regarded as one of the fastest growing provinces in the country, Cebu is an island filled to the brim with culture, historical moments, a thriving economy, and diverse natural resources. Located in Region VII, commonly known as Central Visayas, it has a land area of 1,908.78 square miles and a population of 2,619,362 according to the 2010 census. The province is made up of six (6) cities namely:

Cebu City, the province’s capital, is called the “Queen City of the South” because it is the center of trade, finance, tourism, and education in the Visayas region. It is also considered as the Philippines’ Seat of Christianity because it was the first city to be introduced to Roman Catholicism.

Several historical and natural destinations can be found here, making it one of the top tourist destinations in the Philippines. 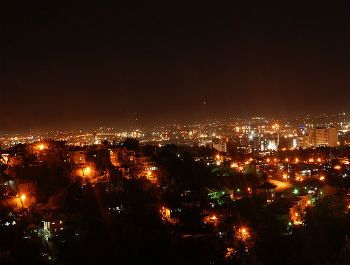 WHY INVEST IN A CONDOMINIUM IN CEBU?

Because of the growing economy and rapid urbanization, the total population of the province is rapidly increasing. Locals and foreign expatriates go here in search of future business ventures and job opportunities. Local and international real estate properties have been conceptualizing and constructing residential properties, particularly condominiums, especially in and near the Cebu Metropolitan Area.

Since it is home to advanced infrastructures and finance centers, living here is just like living in Metro Manila. With its thriving economy and amazing sceneries, it is a place where one can enjoy both the city and nature.