4 Bedroom House For Rent in Lahug

House and Lot for Rent in 4 Bedrooms in Cebu, Cebu

House and Lot For Rent at Cebu, Cebu

Woolbright Drive Lahug, Cebu
This Executive House Is For Rent This residential house located at Beverly Hills, Cebu City with a Lot area of 1,320 sq. mtrs and a house area of 480 sq. mtrs. Is for RENT. This single-detached house has a panoramic view of the City of Ce...
₱ 95,000
4
Bedrooms
480 m²
Floor area
1620 m²
Land Size
View More Info Contact Agent
3

The Fascinating Barangay of Lahug Barangay Lahug is located in the Queen City of the South. Cebu City happens to be the first city of the Philippines, which makes Lahug one of the fortunate barangays to be in a reputable city. The city is also known for its fast-growing industries and multiculturalism progression. While the province, on the other hand, has some of the country’s timeless heritage spots and highly-urbanized cities.

The city has a heady mix of casual rural air and urban atmosphere that makes it a top destination for those who are seeking a harmonious co-existence with the Hispanic heritage and modern vibe. Within the city, one can find the barangay of Lahug, which many tourists and investors can explore to visit its historical landmarks or find a home to settle in.

Summer in Cebu is typically scorching hot while in the months of November-January, the breeze is regularly cool. On the need to skip in the shoreline, one can book their vacation from March to May. Additionally, it is great to go there in January, particularly on the third week as this is the time they celebrate one of the nation's greatest commemorations, the Sinulog Festival.

Rent in the Heart of Cebu 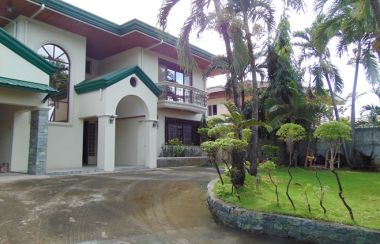 For residents who want to enjoy provincial life and settle where everything is accessible, living in Lahug is the best choice. Not only it is a quiet community that is filled with abundant trees, but it is also a classy residential area that was built in honor of the actual Beverly Hills in California, USA.

Back in the day, around the 1950s, a certain investor reconstructed the community into a residential district where a number of upper-class Cebuanos built their homes on the rich rolling slopes of Lahug. They called the area Beverly Hills since then due to its similar characteristics to the famed American community.

There are also a good number of apartments and condominium units available for rent. Most of these buildings are in Cebu IT Park where the fast-growing BPO industry in the province is located. The best thing about living in the ground-breaking IT Park is that it is one of the safest and most secure places to live in Lahug.

Situated in the heart of Cebu City, the barangay is also near the big shopping malls, such as the Ayala Mall within Cebu Business Park in Gorordo and the SM City Cebu Mall in North Reclamation. Residents can just take a cab or a jeepney to move around the area. Apart from that, tourist attractions are just around the corner like the Taoist Temple and the Cebu City Zoo. Who wouldn’t want to enjoy these leisure spots while living in the modern barangay of Lahug?