House and lot For Rent in Cebu, Cebu

For Rent House and Lot in Banilad, Cebu City

5 Bedroom House for Rent near Cebu IT Park

House and Lot For Rent at Cebu, Cebu

3 Bedroom House for Rent in Banilad

UNFURNISHED HOUSE FOR RENT IN MABOLO

Philippines, Cebu City, Pit-os Pit-Os, Cebu
This is a 3Bedroom unit (corner unit) with 1 small room in the Ground Floor. this unit has 2 Toilet and Bath on the second floor and 1 Toilet and Bath in the Ground Floor. This is an unfurnished unit in a very private neighborhood located i...
₱ 25,000
4
Bedrooms
110 m²
Floor area
169 m²
Land Size
View More Info Contact Agent
20

House and Lot For Rent at Cebu, Cebu in village

House for Rent in Paradise Village

House for Rent in Silverhills Subdivision

A City Rich in History and Culture 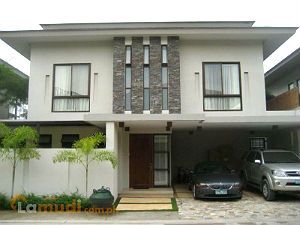 To people in Metro Manila, one would not really think of considering a house for rent in Cebu City because they know it merely for housing a cross named after a famous Portuguese explorer, offering delectable dried mangoes, and being one of the most popular sites in the country for whaleshark-watching. However, now more than ever, the city is fast becoming famous as a site for relocators looking for a fresh start in a new place outside of the congested capital, and as a second home to people looking to invest in a vacation property.

The namesake and capital of Cebu Province is one of the most significant cultural hubs in the Philippines. It is the center of Metro Cebu, the Visayan counterpart of Luzon’s Metro Manila. It is also the region’s primary location for trade, commerce, and education.

Cebu City was the first Spanish settlement in the Philippines, making it home to several of the country’s most iconic heritage sites. Most known is Magellan’s Cross, a commemorative symbol of the arrival of the Spanish, and their introduction of the Catholic faith to the native Filipinos under the leadership of Portuguese explorer Ferdinand Magellan.

The combination of having a rich history and a reputation as one of the country’s major trading ports has led to the city becoming a metropolis with a focus on multiculturalism and progress. While highly urbanized, it continues to exude a bucolic vibe that has made it a favorite among visitors and residents alike. Because of its proximity to numerous islands, beaches, and resorts, it is not surprising that many like to stay in the city for weeks and months at a time.

Working in the Queen City of the South

The oldest and fifth most occupied city in the Philippines, the Queen City of the South also serves as the Philippines’ main domestic shipping port with about 80 percent of the country’s shipping companies headquartered here. The Mactan-Cebu International Airport is the country’s second busiest airport with regular flights not only to Manila, but also to Hong Kong, Seoul, Kuala Lumpur, and Singapore.

Cebu City is ranked eighth worldwide in the “Top 100 BPO Destinations Report” for 2013, while property services and advisory firm CB Richard Ellis remains bullish that the city will continue to contribute to the Philippines’ supply of office space as it is considered to be one of the country’s top outsourcing growth areas. Due to these career-related opportunities and the fact that the employment market is less saturated here than in the capital, many move to the city for professional reasons, many of which are associated with the business processing industry.

House for Rent: Cebu City at Its Finest

The increasing number of available work in the city, its continuous urbanization, and its proximity to historical and natural sites have caused the real estate sector to boom. There are many condominiums and apartments that are ready for occupancy. The housing options for sale are numerous and reasonably prices. However, for those who want to spend even less, a Cebu City house for rent might be their best bet.

When it comes to houses for rent in Cebu City, Lahug is one of the most famous locations in terms of real estate because it houses several points of interests that cater to the needs of both young professionals and entire families. This barangay in the city’s northern district is where you’ll find several prominent schools, such as the University of the Philippines Cebu and the University of Southern Philippines Foundation. Also found within the town is the Cebu IT Park, a 24-hectare mixed-use business park composed of several office and residential towers, as well as malls, retail outlets, and green open spaces.

Another notable barangay in the city, Banilad is the home of the University of San Carlos, a private Catholic university claiming to be the oldest educational institution in Asia. Mambaling, meanwhile, recently appeared on the radars of property seekers due to the recent opening of SM Seaside City Cebu, one of the largest malls in the Philippines.

Whatever one’s reasons are for wanting to live in the city, a house for rent in Cebu City is a viable and more affordable option. Prices range from a modest two- or three-bedroom townhouse for PHP 18,000 per month to a huge five-bedroom single-family home for PHP 150,000 per month. Whether you are a single young professional or a family with many children, one can easily find a place to live in this city.